Wildlife ACT has partnered and is associated with a number of organizations across the globe, who fully endorse our vision and efforts to protect and sustain the priority and endangered species that we work with. The support and guidance we receive is invaluable to us and we are extremely grateful. We wouldn’t be able to do what we do without the following great organizations. 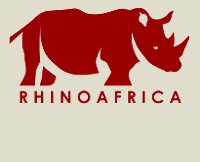 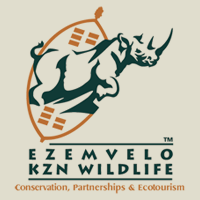 We are long standing partners with Ezemvelo KZN Wildlife (EKZNW) and are committed to supporting their mandate of protecting biodiversity across the KwaZulu-Natal province. We provide them with various priority species support through; long-term monitoring and research, management intervention support, community conservation and protected boundary support. 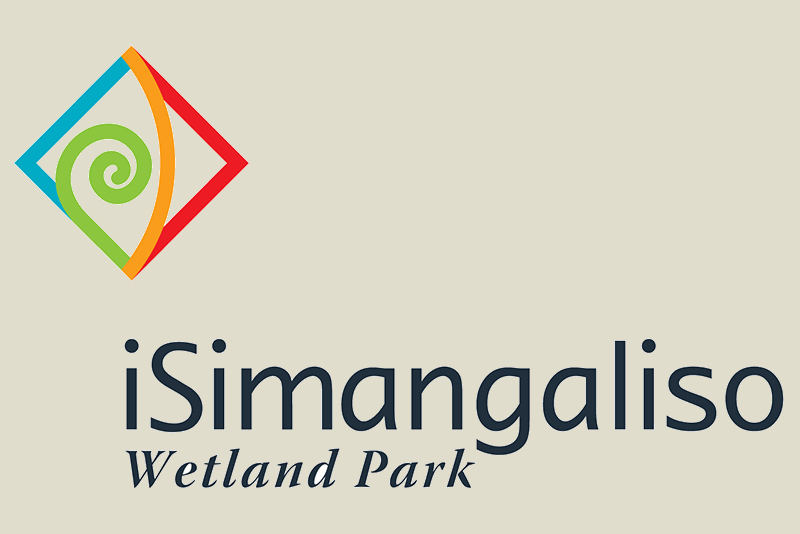 iSimangaliso Park Authority is responsible for managing the iSimangaliso World Heritage Park. We have partnered with iSimangaliso since 2008, supporting them with various conservation-orientated work, such as monitoring and research within the uMkhuze and the Eastern Shores sections of the iSimangaliso Wetland Park. 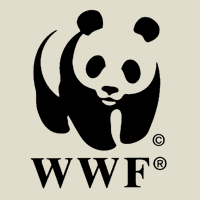 We have worked with WWF on a number of initiatives, with our biggest support to them orientated around our work with the WWF Black Rhino Range Expansion Project since its inception in 2004. We also launched a successful collaboration with WWF and Woolworths focused on raising awareness and providing much needed funds for our and WWF’s work in South Africa.

Panthera is the only conservation organisation in the world focusing purely on wild cats. Together with Panthera and the provincial authority Ezemvelo KZN Wildlife, we carry out the largest long-term Leopard monitoring camera trap survey in the world. These surveys are carried out throughout the province of KwaZulu-Natal and are the most effective way to reliably track Leopard population trends.

We have partnered with WILDTRUST (formerly known as Wildlands Conservation Trust) on a number of conservation initiatives. Most notably is our long-term involvement in the community-owned Somkhanda Game Reserve, where we have supported endangered species reintroductions, provided consistent monitoring of the these species (including the Rhino population) to inform their effective management. The WILDTRUST are also key supporters of our Community Conservation Programme in Somkhanda. 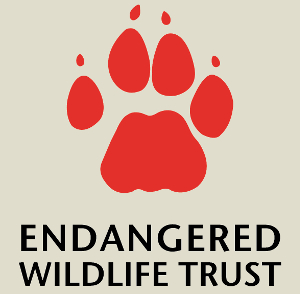 The Endangered Wildlife Trust (EWT) is one of South Africa’s oldest conservation NGOs and we are proud to work in partnership with them on a number of projects across the province and South Africa. These projects include various endangered species focused work including African Wild Dog, Cheetah and Vultures. 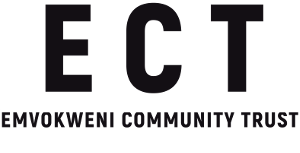 As owners of Somkhanda Game Reserve, the Emvokweni Community Trust (ECT), as representatives of the Gumbi community, have been pivotal in paving the way to success in community conservation. This community also saw the need to develop young conservationists in the region and it is through this vision that Wildlife ACT established the Somkhanda Community Conservation Programme. 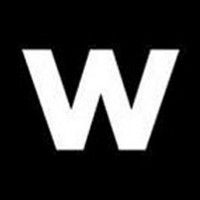 Wildlife ACT has partnered with Woolworths to aid our conservation efforts, raise awareness and of course funds for critically endangered animals. Woolworths launched a wildlife-themed range of reusable shopping bags as well as the ‘Every Paw Print Counts’ campaign, which funds a lot of the vital work we do. Woolworths customers are able to further support us by signing up for a MyPlanet card and choosing Wildlife ACT Fund as a beneficiary. 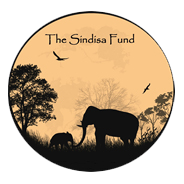 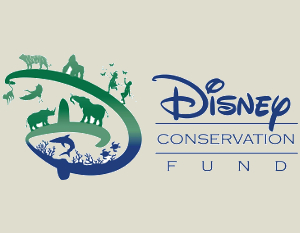 Wildlife ACT received its first conservation award from the Disney Conservation Fund (DCF) in 2012 and has received one almost annually since. DCF grants have supported our education and awareness programs in the rural communities surrounding the protected areas where we work, as well as our endangered species monitoring work. We are also proud that each of our community conservation liaisons have been recognized as Disney Conservation Heroes. acknowledging their commitment saving wildlife, protecting habitats and inspiring communities to take part in conservation efforts. We look forward to advancing our work. with the support of DCF as their Conservation Heroes continue to work their magic in the communities of Zululand. 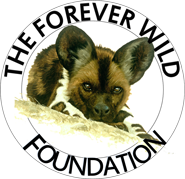 Andrew Bone and The Forever Wild Foundation: Andrew Bone, long-term supporter and friend of Wildlife ACT uses his art as a fundraising tool and through the Forever Wild Foundation donates resources to causes that support the conservation of African wildlife. One hundred percent of the funds raised go directly to real conservation efforts and we are forever grateful for this ongoing support. 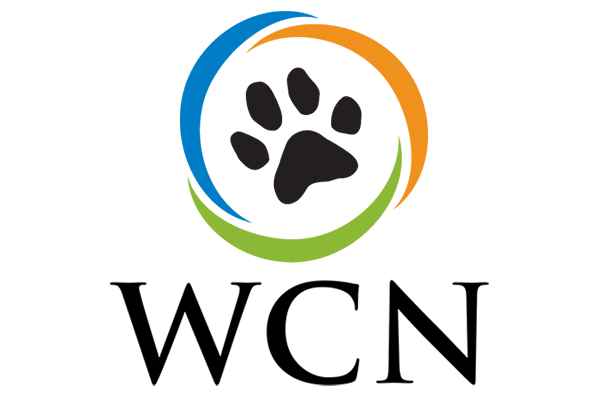 The Wildlife Conservation Network (WCN) protects endangered wildlife by supporting conservationists who ensure wildlife and people co-exist and thrive. Wildlife ACT is recognised within WCN’s extended network as a collaborator, following Simon Morgan being a Guest Speaker at their Wildlife Conservation Expo in 2015. WCN continues to support our Rhino conservation efforts by accepting donations on our behalf in the US from WCN supporters, and by passing on 100% of these donations to us. They have been a great supporter of our work and a valuable partner over the years. 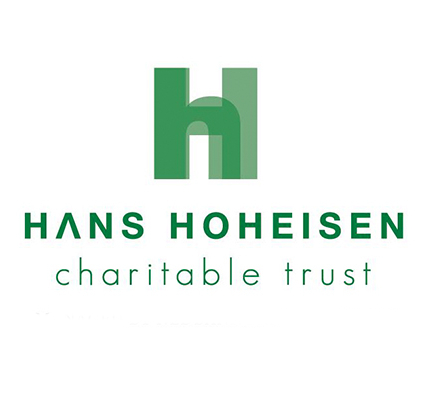 To facilitate the protection, restoration, improved resilience and sustainable use of South Africa’s species and eco-systems, the Hans Hoheisen Charitable Trust provides grants to conservation bodies engaged in physical biodiversity conservation and working in the cross-cutting environmental governance and advocacy, climate change, research and education arenas. We have been fortunate to receive grant support through these channels and are forever grateful for this ongoing partnership.

Sanele Thwala, the founder of Igula, and his professional Team of drivers have been our dedicated transport operating partner since 2010. The Igula Team has spent countless hours and kilometers on the roads of KwaZulu-Natal, to make sure our staff and conservation volunteers arrive at their final destinations safely. We are tremendously grateful for their dedicated service and for always being willing to accommodate any transport request sent their way.

Manyoni Private Game Reserve was founded in 2005 after the release of a population of Black Rhino through the WWF-BRREP. In 2009, the reserve was formally proclaimed a Nature Reserve, and is recognised as a site of biodiversity importance for the conservation of species and habitats. Manyoni’s vision is to develop a pristine protected area for the conservation of indigenous and endangered species in northern KwaZulu-Natal, and in particular, actively promote the conservation of Black Rhino. Wildlife ACT has been working closely with Manyoni since its inception and has been providing monitoring services since 2014.

Wildlife ACT has been supporting North Island in the Seychelles on their Noah’s Ark Project, which aims to restore the island and provide habitats for endemic fauna and flora to thrive. Wildlife ACT ecotourists have been visiting North Island since 2014, allowing them to make a direct contribution by helping to monitor all aspects of the island’s ecology, including the endangered Green Turtle and critically endangered Hawksbill Turtle.

Wildlife ACT is a proud member organisation of the International Union for the Conservation of Nature (IUCN). Through the IUCN, we aim to advance our vision of broad-scale biodiversity conservation through endangered species and community-based conservation, and contribute towards the IUCN’s knowledge and network base, helping to overcome conservation barriers in Africa and globally. 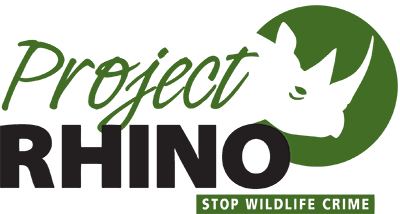 Wildlife ACT are founding members of Project Rhino, an award-winning province-wide and Rhino-focused association which brings together state, private and community-based entities, including reserves, rhino owners, leading conservation NGOs and anti- poaching security specialists. Project Rhino aims to enable efficient use of resources and knowledge to combat Rhino and other wildlife crime. 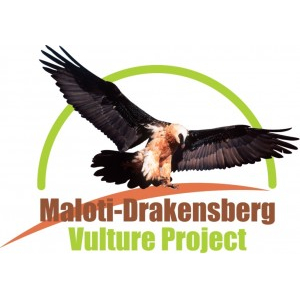 Project Vulture was developed as an platform to unite the efforts of various dedicated individuals and organisations to ensure the long-term survival of the various Vulture species across KZN and South Africa. With our partners we provide support to following projects that are guided by Project Vulture: The Zululand Vulture Project, the Maloti-Drakensberg Vulture Project and the Bearded Vulture Task Force. Wildlife ACT is an active member of The Bearded Vulture Task Force (BVTF) which was established in 2006 with the purpose of implementing the Conservation Action Plan for the species. The BVTF is made of up of representatives from conservation bodies, NGOs and the scientific community from Lesotho and three provinces (KwaZulu-Natal, Free State and Eastern Cape) of South Africa. Dr Sonja Krüger from Ezemvelo KZN Wildlife has spearheaded the BVTF since its inception. 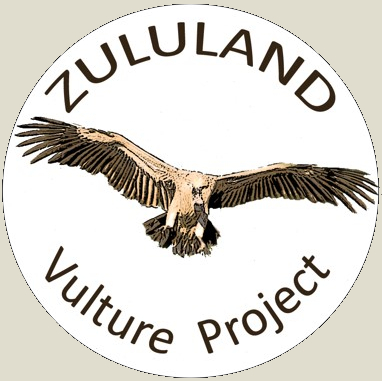 The Zululand Vulture Project was initiated to provide guidance on the conservation management of Vultures in KwaZulu-Natal, according to the KwaZulu-Natal Vulture Conservation Strategy. We work with our partners to conserve all the Vulture species found in northern KwaZulu-Natal region, namely the Lappet-faced Vulture, the White-backed Vulture, and the White-headed Vulture, ensuring the preservation of these birds for future generations. The project aims to implement effective research, education, protection, conservation and recovery operations to prevent further decline of the species. 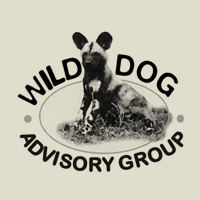 The Wild Dog Advisory Group of South Africa (WAG-SA) is a national advisory group bringing together National and provincial government conservation bodies, private and community-owned reserves, leading conservation NGOs and Painted Dog specialists to help advise and manage populations in South Africa. Wildlife ACT are important long standing members of the group. The KwaZulu-Natal Wild Dog Advisory Group (KZN-WAG), focuses on guiding and supporting Wild Dog conservation in KZN as a province and feeds into the national WAG-SA. Wildlife ACT is the designated treasury for this group and sits as a formal committee member with Ezemvelo KZN Wildlife, the Endangered Wildlife Trust and WILDTRUST.

Initiated in 2003, WWF and the Black Rhino Range Expansion Project (BRREP) aims to increase numbers of the critically endangered Black Rhino as well as relocating groups to new protected areas. Wildlife ACT has been supporting BRREP since its early relocations by training of new Black Rhino monitoring staff, helping to find suitable release points for the Black Rhino, fitment of tracking equipment on the individual Rhino to be released, and the post- release monitoring work while the Rhino settle into their new homes. 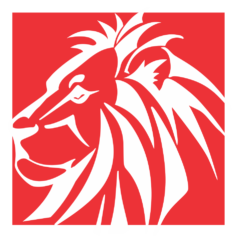 The Lion Management Forum (LiMF) is a registered Trust in South Africa with the aim of providing a platform for the development and sharing of best practice guidelines for managed wild Lions in South Africa, through facilitating relevant research, risk assessments and socio-economic development initiatives. Two of our Trustees, Dr. Simon Morgan and Chris Kelly, are contributing members to the LiMF. 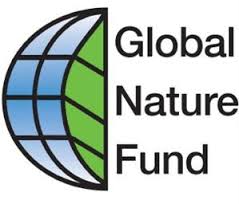