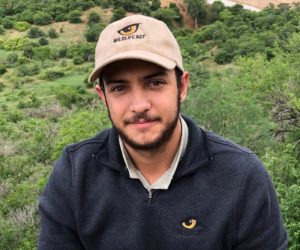 I have always tried to spend every spare second of my time in the bush, travelling or exploring, be it the wild places of our world or the actual bushes in our back garden as a child growing up in Johannesburg. It was this fascination (together with copious amounts of Sir David Attenborough and Sunday night national geographic specials) that led me to take my first steps into a career with wildlife.

After schooling, I joined a one year field guiding course that exposed me to a wealth of bush knowledge and skills. After working as Field guide and game ranger for a short while, I decided that I wanted to learn more on a deeper and more scientific level.  I Studied a BSc Biological sciences degree at the university of the Witwatersrand in the school of Animals, plants, and environmental sciences. I also completed my Honours year with a focus on ecology, behavioural ecology and animal behaviour. As part of this degree I joined up with a Study abroad programme who allowed me field work exposure and training in a huge array of South African ecosystems.

After completing this degree I was itching to explore something new and challenging and it was then that I embarked on a roughly one year expedition to the Sub-Antarctic. Here I worked as a field researcher, collecting data on the incredibly remote and virtually untouched Marion Island.

It was on my return and after some exploration and diving in South East Asia that I came across Wildlife ACT. The opportunity to head back into the bush and work on conserving some of Africa’s most iconic species was something I couldn’t refuse.