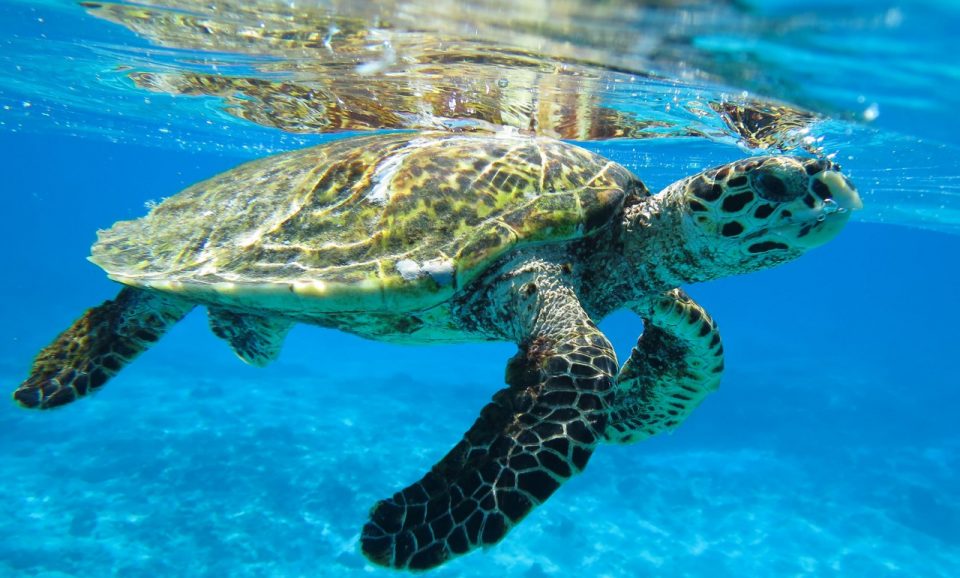 Hawksbill Turtles are part of the cheloniidae family and can be found in tropical and subtropical regions of the Atlantic, Pacific, and Indian Oceans. The species is widely distributed in the Caribbean Sea and western Atlantic Ocean. In contrast to all other sea turtle species, Hawksbills nest in low densities on small, scattered beaches.

This small to medium-sized marine turtle has a thin elongated oval shell with overlapping scutes on the carapace, a relatively small head with a distinctive hawk-like beak, and flippers with two claws. Hawksbill turtles are mainly carnivorous and appear to be opportunistic predators. They use their narrow beaks to extract invertebrate prey from crevices on the reef.

The work we do on North Island in the Seychelles covers a range of conservation orientated projects spanning both terrestrial and marine aspects, but a large focus is the monitoring the endangered Green Sea Turtle (Chelonia mydas) and the critically endangered Hawksbill Sea Turtle (Eretmochelys imbricata). We are working to restore and secure the reef system and beaches for continued breeding of endangered sea turtle species.

There are difficulties in accurately assessing the global population size of Hawksbill Turtles but a recent estimate of adult nesting females of 8,000+ has been made. There are only 5 populations worldwide with more than 1,000 females nesting annually (WWF).

The incubation period for Hawksbill Turtle nests is +/-60 days, and for Green Turtle nests +/-55 days. This means that North Island typically has nests due to hatch at any time of the year, with the peaks in number of nests due to hatch in February/March (as a result of peak Hawksbill Turtle nesting being recorded in December/January, as well as August/September (as a result of peak Green Turtle nesting being recorded in June/July)

Hawksbills face multiple, severe threats including the Tortoiseshell Trade, egg collection, slaughter for meat, destructing of nesting and foraging habitat, oil pollution, entanglement and ingestion of marine debris and fishing gear and hybridisation of Hawksbills with other species. Green Sea Turtles on the other hand are particularly sought for their meat. In 2001 a IUCN Red List Subcommittee upheld the Critically Endangered listing of the Hawksbill based on ongoing and long-term declines in excess of 80% within three generations. Hawksbill Turtles can take 20 to 40 years to mature. Data on reproductive longevity in Hawksbills are limited, but becoming available with increasing numbers of intensively monitored, long-term projects on protected beaches. 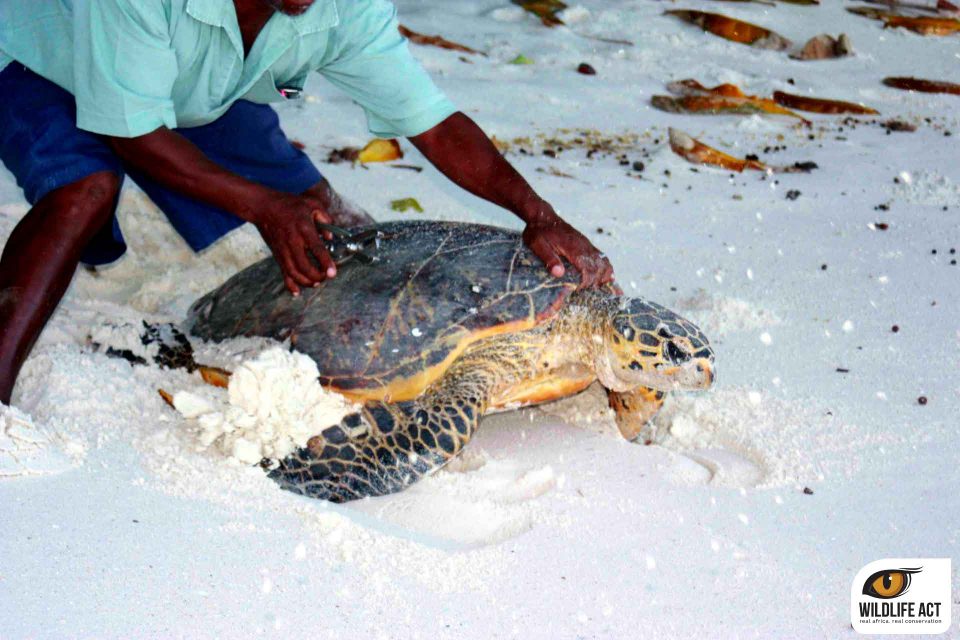 TO HELP SAVE THE HAWKSBILL SEA TURTLE FROM EXTINCTION, PLEASE HAVE A LOOK AT OUR SEYCHELLES CONSERVATION PROJECT