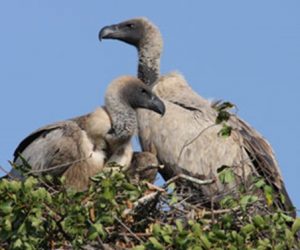 Vultures around the world face the threat of becoming extinct in our lifetime. Vultures provide an invaluable ‘clean-up’ service to the ecosystem. Without them disease would be rife and a boom in other scavengers would occur. These scavengers do not possess the unique digestive ability that vulture do – the mechanism that prevents the spread of disease and assists in the efficient decomposition of carrion.

In the next few articles, we will focus on three vulture species found in Southern Africa, all of which face the threat of extinction and are the focus of Wildlife ACT’s vulture projects. The species include, the White-backed vulture, the White-headed vulture and the Lappet-faced vulture. 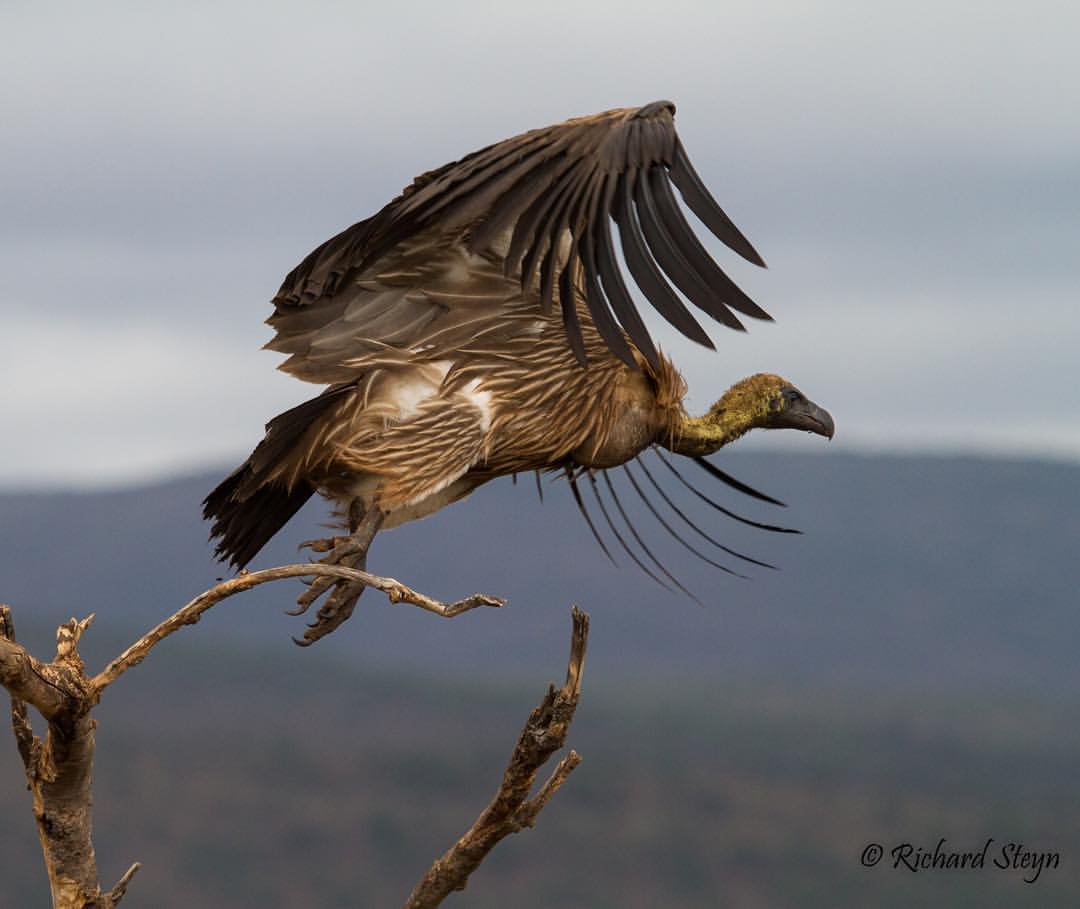 The White-backed vulture is medium in size (94cm) in comparison to its counterparts and a brown to cream colour in its adult form, with juveniles darker. Dark tail feathers with a white rump patch and ruff (Birdlife International, 2016). Their bills have a pale outer half and show little contrast between underwing-coverts and flight feathers when viewed from below – identifying features often confused with Rüppells vulture, Gyps rueppellii and Griffon vulture, Gyps fulvus – species which occupy the same range (Birdlife International, 2016).

Where Do We Find Them? 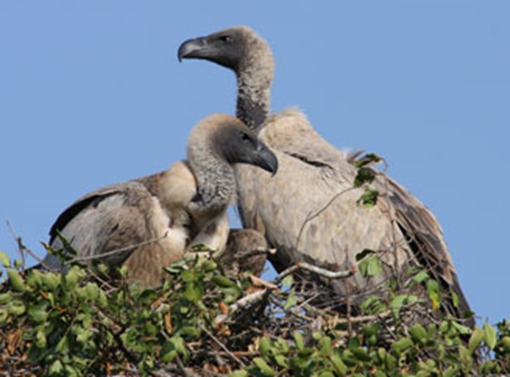 White-backed vultures occupy most of the African continent and were once one of the most widespread and common vulture species (Birdlife International, 2016). In recent years, however, they have begun to rapidly decline – disappearing altogether from some of their range.

Northern Cameroon has seen White-backed vultures disappear altogether from the region. The Masai Mara has witnessed a 52% decline in numbers over the last 15 years, and little or no sightings in Yankari Game Reserve, Nigeria (one of the strongholds) and population numbers have also declined in Sudan and South Sudan (Birdlife International, 2016).

This may present good news in the short term; however the threats they face should not be ignored. By 2034, exploitation may lead to numbers declining to the point of local extinctions (Birdlife International, 2016).

Action is needed now before it is too late. 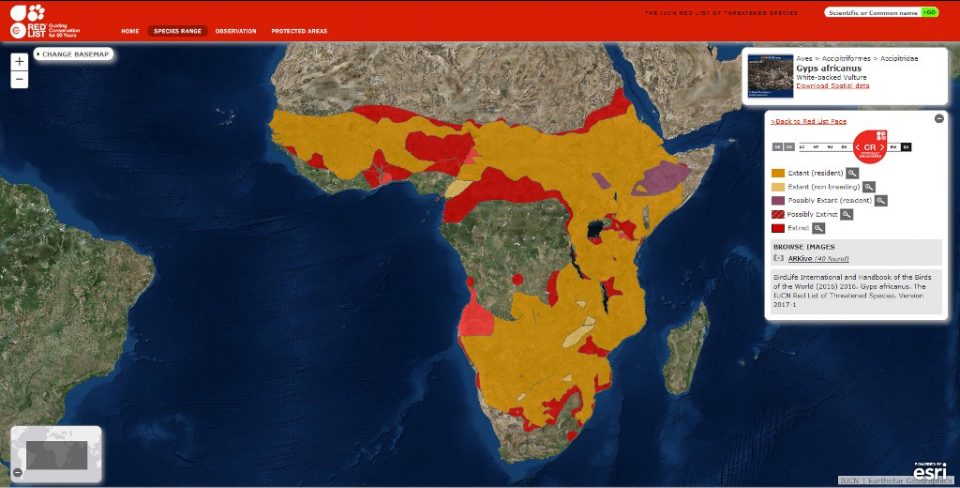 Juvenile and immature birds generally migrate up to 1500 km’s from their parents territories (Biodiversity Explorer, ND).

Laying one egg per breeding season (and only having one breeding season per year), poses an even greater threat to the White-backed vulture’s existence should one or both parents no longer be around to care for the chick, or if the chick dies. Unlike other species that produce a large number of offspring to increase the chances of survival, vultures have a much tougher challenge of ensuring the one-and-only offspring produced makes it to breeding age.

What Do White-baked Vultures Eat?

Like all vultures, the White-backed is a scavenger feeding on prey left behind by other animals or feeding on the carcasses of dead animals that have succumbed to disease, wounds, or old age. Its diet mainly consists of carrion which it searches for from the air – often relying on other scavenger birds or mammalian carnivores to lead it to a carcass (Biodiversity Explorer, ND).

What Threats Do White-backed Vultures Face? 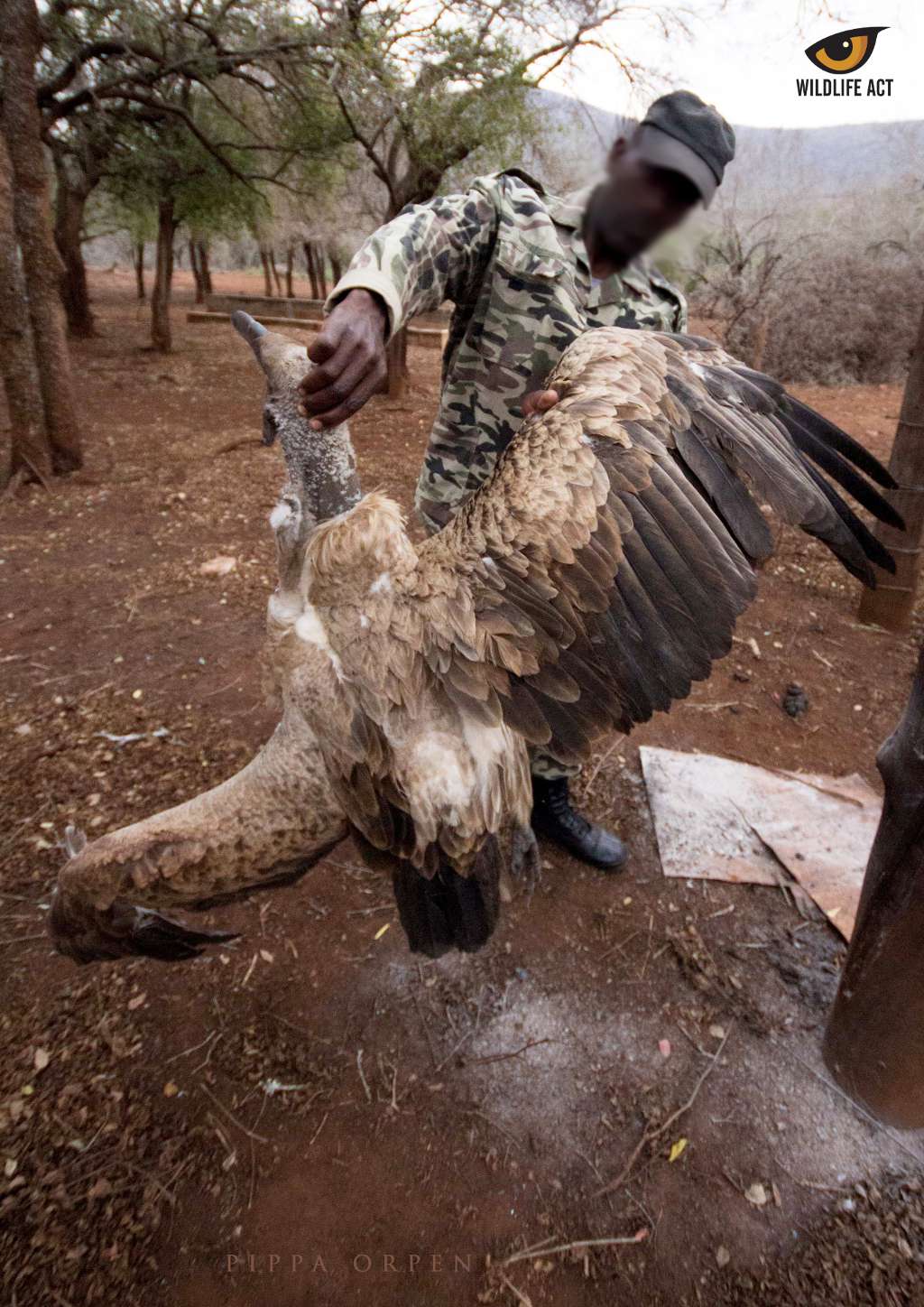 Leading to a decline in wild ungulate numbers and thus reducing the amount of carrion in the environment for vultures to feed on.

POACHED FOR MEAT AND BODY PARTS

Hunted for the bush-meat and the traditional medicine trade: poisoned directly and indirectly. Direct poisoning is a result of the poaching industry. Poachers see vultures as an alarm bell for anti-poaching forces. Therefore vultures are poisoned so as not to raise the alarm – allowing poachers to hunt down the animals they require for the black market (Birdlife International, 2016). Vultures often succumb to indirect or accidental poisoning when they ingest poisoned carrion – often from the pesticide carbofuran (Birdlife International, 2016).

Further to all the aforementioned threats, many vultures succumb to electrocution by power-lines within their flight paths and range (Birdlife International, 2016) therefore impacting their numbers even further.

Current global population data suggests that there are as few as 270, 000 individuals left in the wild, with declines of around 75 to 95% in many parts of its range (Birdlife International, 2016). Numbers differ between various regions within its range and the common trend is that they are declining in all parts of it…

SOUTHERN AFRICA’S VULTURE POPULATIONS ARE IN SERIOUS DECLINE. CURRENT TRENDS SUGGEST THAT ALL BREEDING PAIRS OF LAPPET-FACED & WHITE-HEADED VULTURES WILL BE LOCALLY EXTINCT BY 2020. PLEASE CLICK BELOW TO SUPPORT VULTURE CONSERVATION

For more information about population numbers, life cycles, breeding success rates and more, below are a few links for further reading: