We are thrilled to report that all 8 puppies look very happy and healthy.

Zeus and Dela are interesting wild dogs with a complicated history. Zeus, the male of the pair, originates from iMfolozi’s Shiyane Pack but left the pack last year and travelleved to a neighbouring reserve. He met up with another disperser Dela, a female, from the another pack in the region. For management reasons the reserve was unable to keep the pair. Thus both wild dogs were captured and placed in a boma before being released into the iMfolozi section of the Hluhluwe-iMfolozi Park (HiP) in May last year.

The unique thing about this pair of wild dogs is that they haven’t joined another pack and continue to roam HiP as a single pair. Despite the challenges of being on their own, they denned this year and produced 8 pups! The reality is that for two adults raising the pups is going to be a challenge but they have done really well so far as the pups are already 3 months old. At this age they can eat meat and follow the adults out of the den when they go hunting. However they won’t be able to contribute to the hunts for quite some time and Zeus and Dela will need to do a lot of hunting to keep the pups fed.

This is the first recorded denning of a single pair in KZN, possibly in South Africa, who have managed to raise their pups to this age. 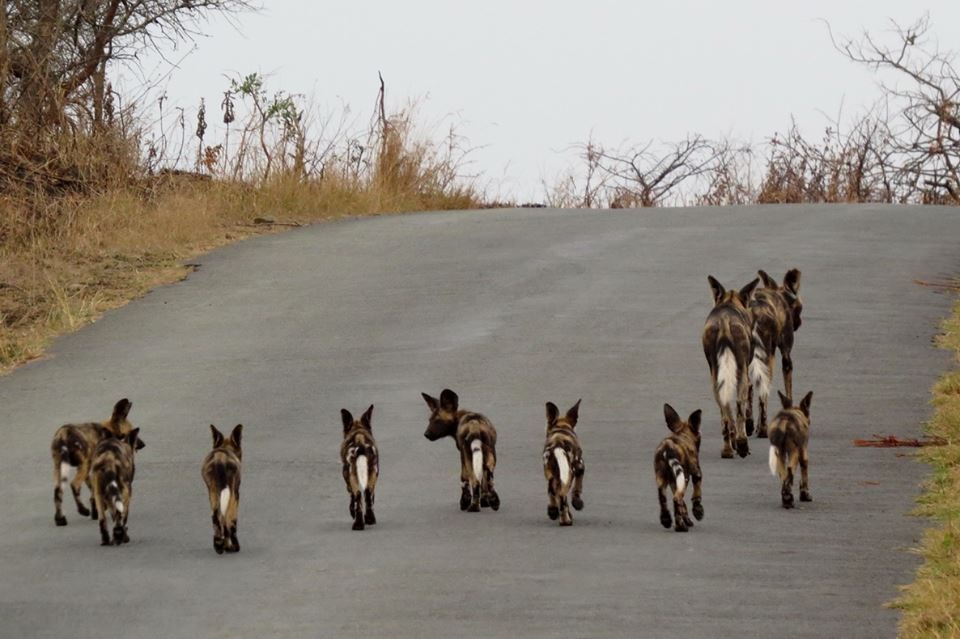 Zeus and Dela with their 8 puppies.

We are holding thumbs for these courageous wild dogs and hope that they can beat the odds. Our monitor and wildlife volunteers will continue to monitor the pair and their pups. Watch this space for updates!