With a new group of students at Tau Camp in Khwai, Botswana, the call-in of a lion kill on the radio from guides in the area was too much to resist. It was only the students second night at camp so we were keen to show them what the area has to offer. After some searching around, following lion tracks and taking note of vulture presence, we eventually found the kill – but the lions had already moved off. However, the students were still exhilarated by spotted hyena scavenging around us and black-backed jackal lurking in the shadows. Mission semi-accomplished! 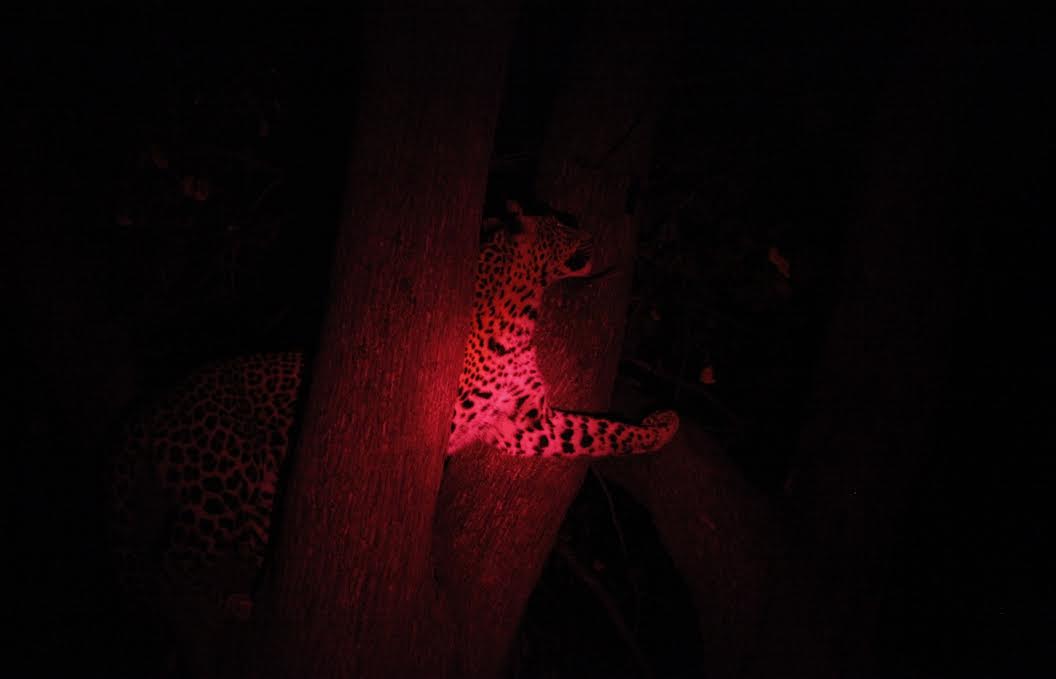 Leopards are nocturnal animals and normally shy away from the sight of us.

En-route back to camp, the wind chill was freezing and the long drive was quickly dampening spirits. All of a sudden, a student spotted something in the periphery of the headlights. We quickly illuminated the shape with the torch – LEOPARD! Excitement all around. Leopards are nocturnal animals and normally shy away from the sight of us. This individual walked parallel to the road for a good hundred metres. Suddenly she froze. She stared at us. We were waiting for her to run away, but she approached us and lay down behind a fallen tree. We turned off the engine and revelled at our incredible luck. 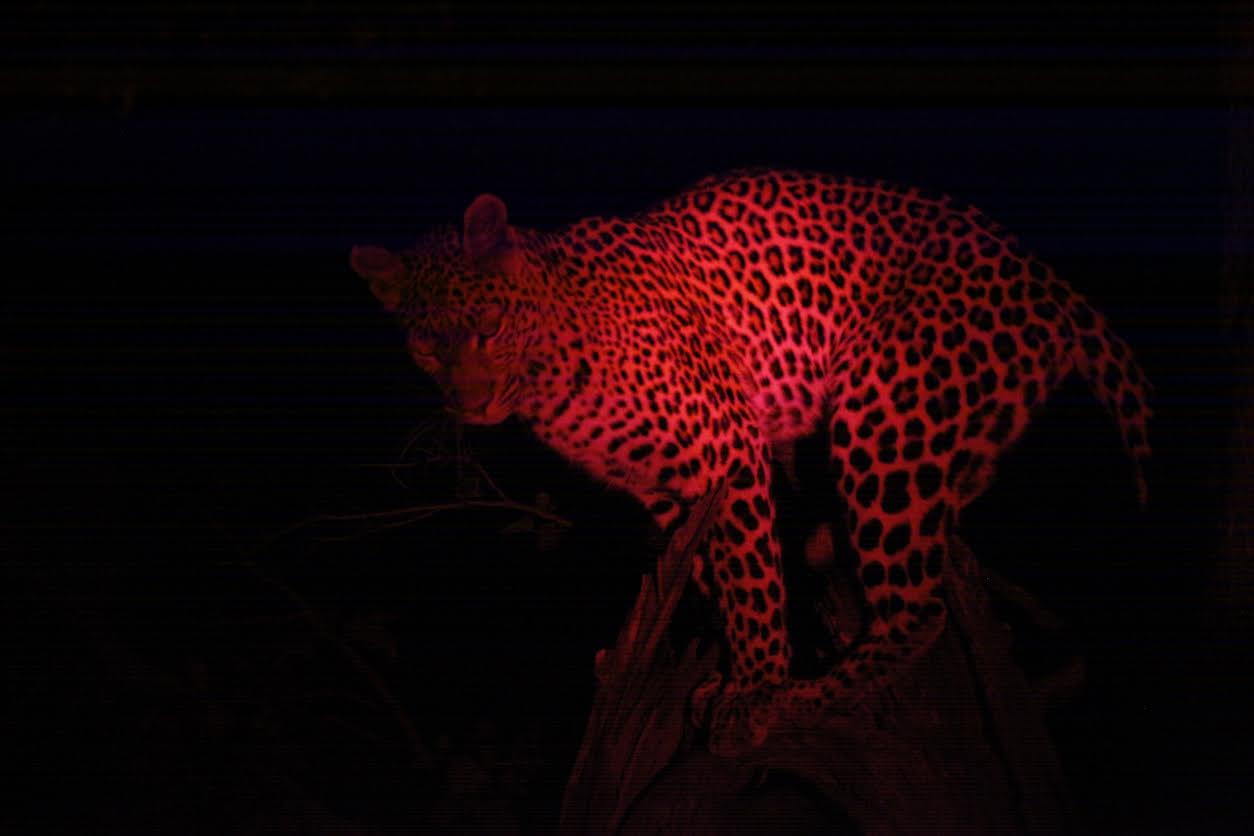 We use red filters on our spotlight at night to have as minimal impact as possible on animals’ eyesight.

Our luck did not stop there. After a few minutes the female leopard stood-up and walked straight towards us. She then walked right behind our vehicle, almost close enough to touch her, completely unperturbed by us. She then promptly jumped and climbed a vertical tree-trunk, five metres behind our vehicle. We monitored her behaviour carefully and realised that she was actually interested in something at the tree top. Slowly, she quietly climbed right to the tip-top of the tree, into the thinnest branches. As soon as we realised she was hunting, we switched off the light, so as not to interfere. After some time in darkness and silence, we heard vervet monkeys alarm calling from the tree above us. The leopard had sensed them there and had climbed up to attempt to make a meal of one. Unfortunately she was not successful, but she did succeed in giving us a sighting of a lifetime, and one that will never be forgotten or truly explained through writing alone. 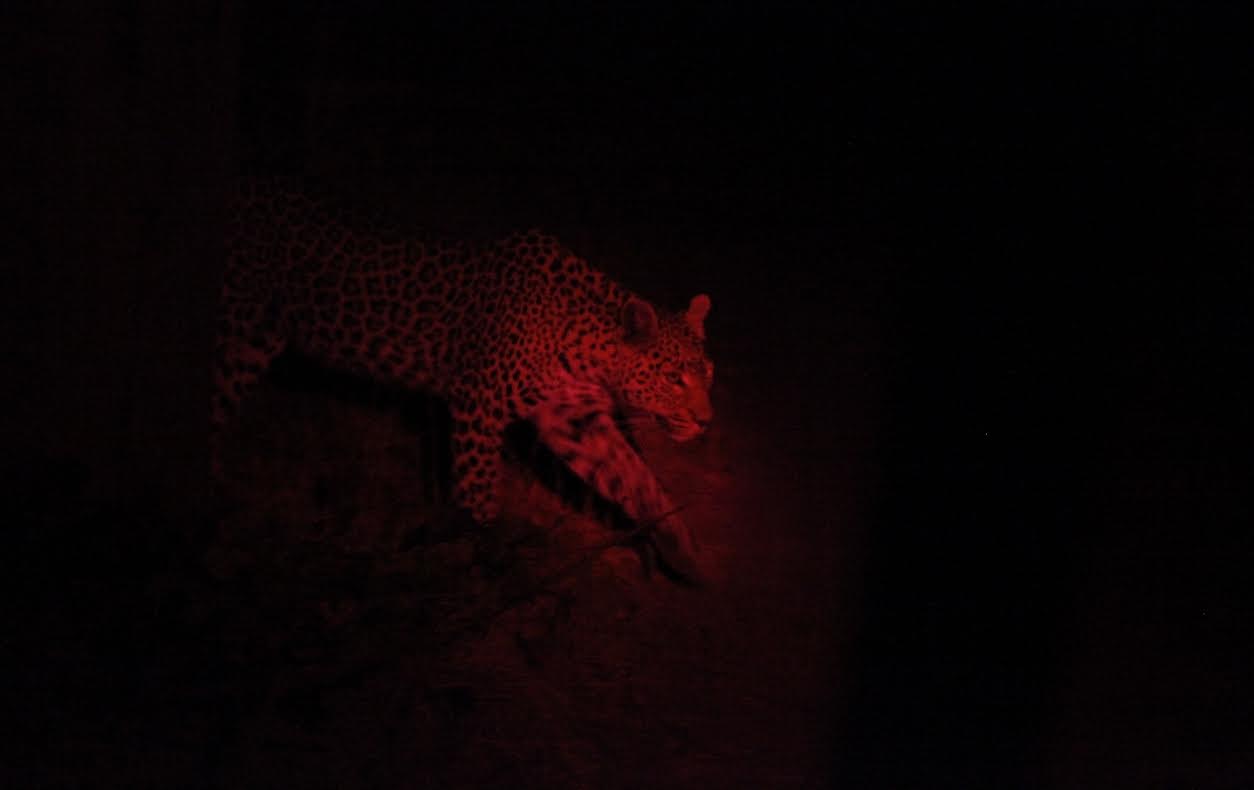 While the hunt was not successful, she did succeed in giving us a sighting of a lifetime!