Recently, the wildlife volunteers and I had the privilege of assisting with a Cheetah translocation from Phinda Private Game Reserve to Mkhuze Game Reserve. The male cheetah, who is two and a half years old, was attacked several times by other Cheetah whilst on Phinda. This was due to territory clashes with the other male Cheetah. Our priority, from when we heard that we were receiving a new Cheetah, was getting the boma (enclosure) prepared so that once the Cheetah arrived, he would have a nice, safe home to settle in. The intention is to bring up another Cheetah from the Eastern Cape in the next few weeks. The long-term plan is for the two Cheetah to bond in the boma over a a period of six weeks and release them together as a coalition. 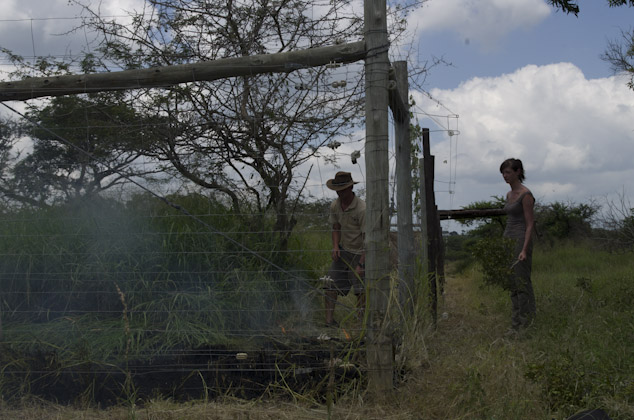 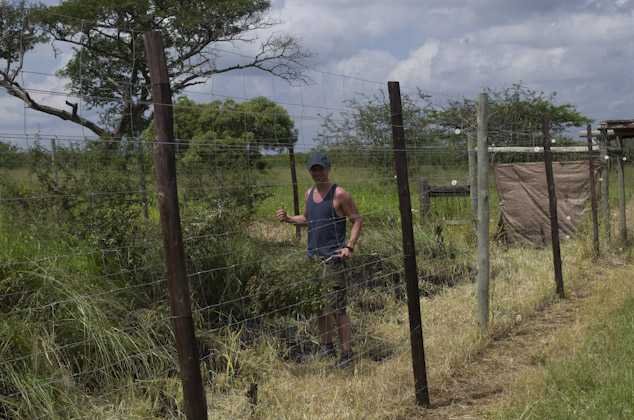 Above are picture of myself (top) and Alex (bottom) burning the grass within the boma. With all the rain, the grass had grown too long and wasn’t adequate for a Cheetah to comfortably live there. After we burnt the grass, we put shade cloth around the one side of the boma. This is done so that we can feed the Cheetah without him associating us with food. 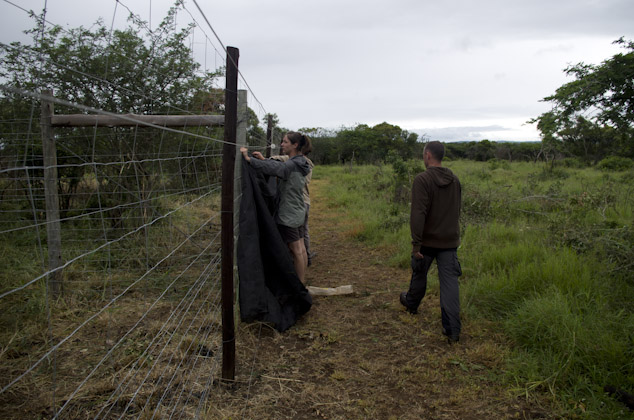 Laura hanging up the shade cloth

Once the boma was ready, ‘Project Cheetah Retrieval’ was underway. We woke up at 4h30 as we were eager to fetch the Cheetah. At 5h00 Tarik (the ecologist) and Mike Toft (the vet) arrived at our camp as a meeting point. We were all waiting in the car ready to leave, but as usual, something always has to go wrong! We soon realised that the battery for the vehicle had gone flat overnight. Luckily for us, we were parked on a down hill and the wildlife volunteers were able to push-start the vehicle. We arrived at Phinda at 6h00, darted the Cheetah and loaded him into the vehicle. To do this, we had to lay out a bait to entice the Cheetah to come closer so that the vet could dart him easily. 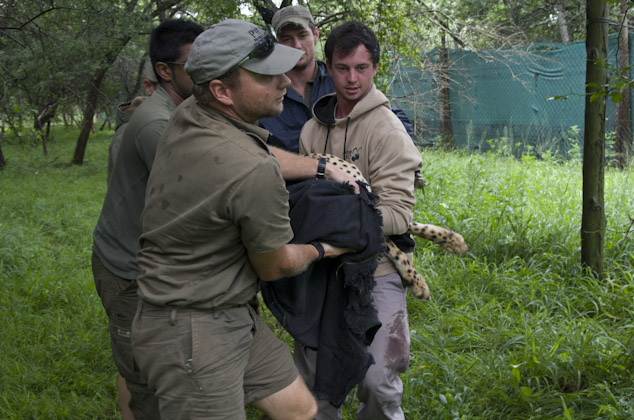 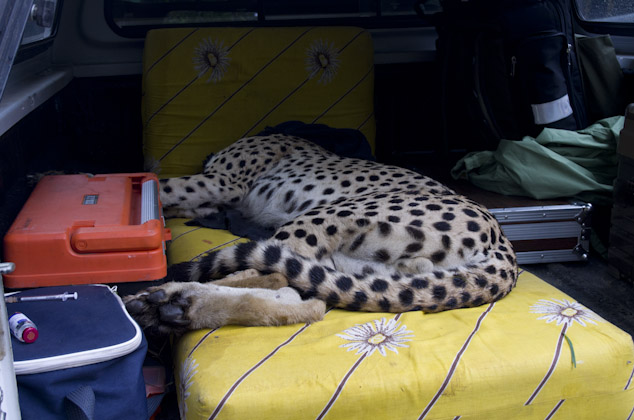 It took an hour for us to get back to Mkhuze’s boma and successfully offloaded the Cheetah. It was a great morning and a great experience for the wildlife volunteers and I. The Cheetah woke up and is looking healthy! The cherry on top was that we then found the Wild Dogs and a Black Rhino on our trip back to camp.

It has to be said that it couldn’t have gone any better – Wild Dog, Cheetah and a Black Rhino all in one morning. Now for the hard work of checking up on him every couple of hours; topping up the water; checking the fences; cutting up the meat every three days and last but not least, naming our new addition. Can you think of an appropriate name?

Thanks to our wildlife volunteers for all their help! 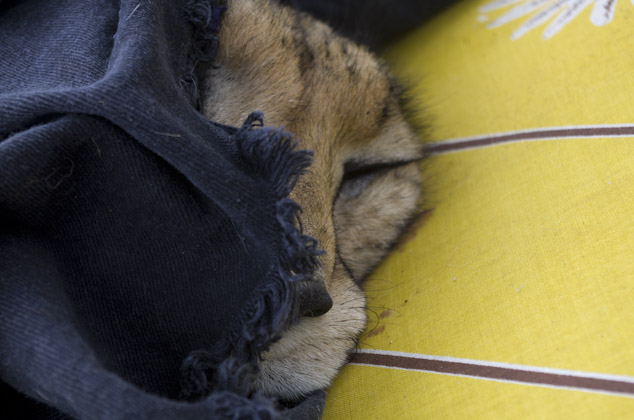 Our new cheetah about to wake up in the Boma – Welcome home!