What weird, often not heard of creature has a 40 centimeter (16 inch) long tongue, a body covered in scales made from the same substance as rhino horn (keratin), can voluntarily constrict their ears and nostrils to keep out insects, lack any teeth, and curls into a tight ball when threatened?

The answer is: the Pangolin.

Often considered a mythical creature by many people living in the bushveld as it is spoken about, has a page in the Mammals of Southern Africa field book as proof of life, but is seldom ever seen. You are considered incredibly lucky if you see ONE pangolin in your lifetime!

Now we realize there are a lot of days to celebrate throughout the year. Even at the time of typing this, somewhere someone was celebrating World Almond Day… However, this weird, scaly creature, definitely deserves to have its day! We would like to invite you to help us celebrate the fifth annual World Pangolin Day on the 20th of February 2016.

In May 2014, co-founder of Wildlife ACT, Chris Kelly, assisted in the relocation of a pangolin which was confiscated by the South African Police Service (SAPS) and Ezemvelo KZN Wildlife officials in the Mkuze area. The animal was being transported in a suitcase but was still alive. Luckily it was strong enough to be released back into the wild in a protected area in Zululand, South Africa. 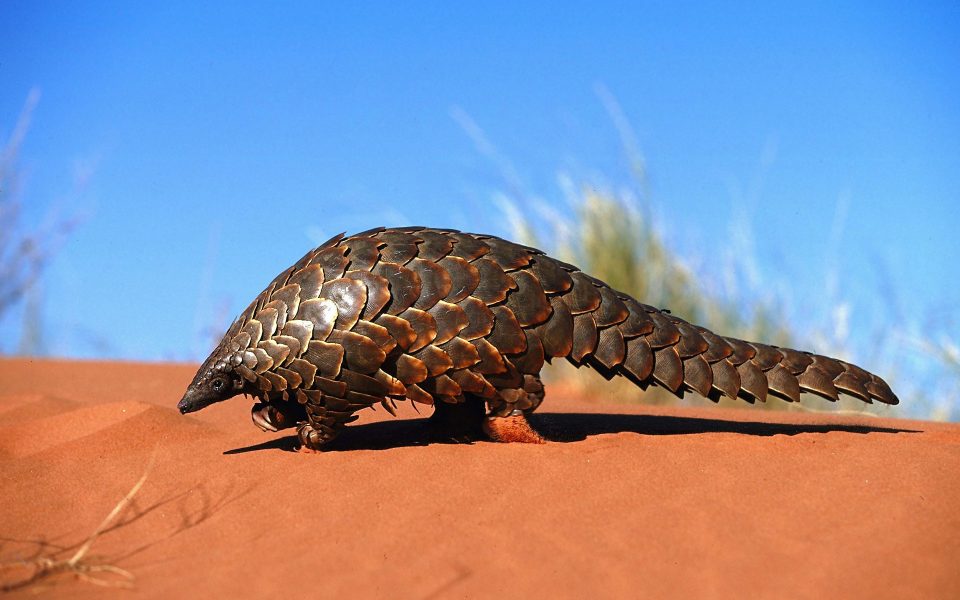 Without the funds donated to the Wildlife ACT Fund, our Rapid Response Unit would not have been able to save this pangolin. Without donations and sponsorship, there is no chance of answering the pangolins call for help.

There are 8 species of Pangolin in the world. The one in southern and eastern Africa is the Ground Pangolin. This animal is listed as Vulnerable according to the IUCN’s red list. However, the true rates of decline are imperfectly known and pangolins could very easily be listed as Near Threatened. 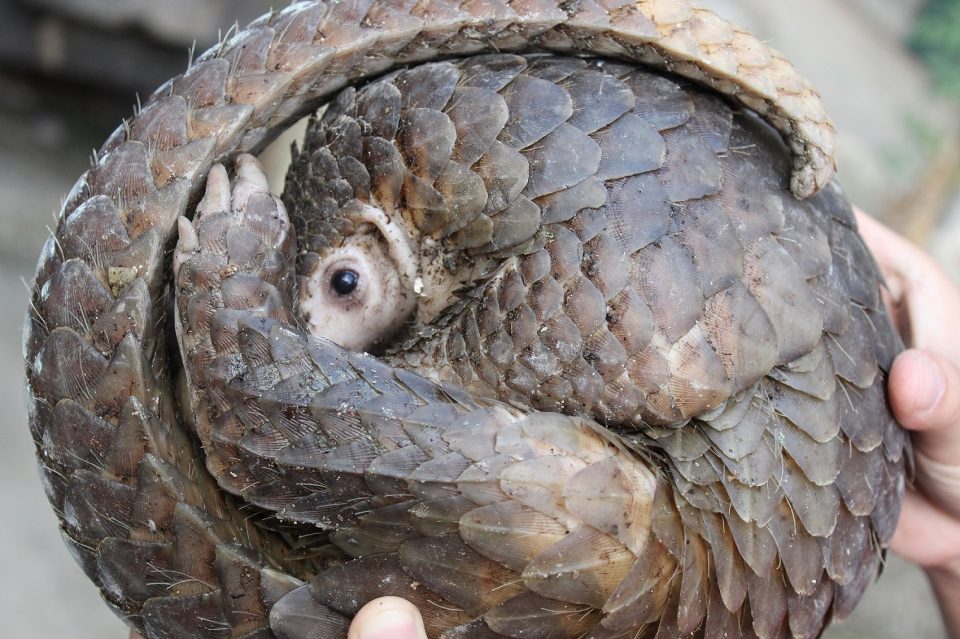 Why are pangolins so endangered? Unfortunately, all 8 species of Pangolin are on the decline due to two major factors.

1. African species are largely hunted as bush-meat, and their scales and other body parts are highly coveted for traditional medicine and rituals. In China and Vietnam (the primary sources of demand for pangolins), consuming the flesh of pangolins is considered a delicacy. They are also considered to have health benefits. A horrifying result of pangolins being taken from the wild to be sold into the black market in 2011, was an estimated 41,000 – 60,000 animals being killed. 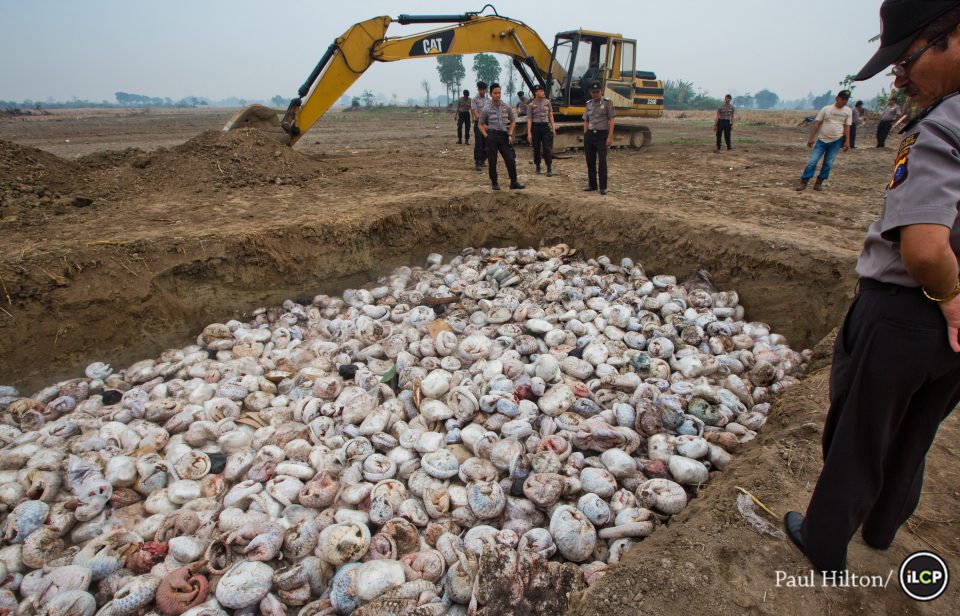 National police look in at 3 to 4 thousand Frozen pangolins lying in a pit before being burnt, 29th April 2015 in Medan Indonesia, after a pangolin bust conducted by the Indonesian National Police alongside WCS’s Wildlife Crimes Unit. The haul of the world’s most hunted animal is valued on the street at USD$1.8 million. Photo: Paul Hilton of WCS

2. In South Africa, the second major threat to pangolins are electric fences. Pangolins will try and move under fences only to get caught on the bottom strand, which is electrified. Once it receives the first electrical shock, it curls into a ball – unfortunately resulting in curling around the electric wire, and therefore continues to be shocked until death…

There are a great number of species to be saved in this world, and almost all of the ones of importance have a Day of the Year set aside for them. It can seem overwhelming when you think about trying to help them all. We at Wildlife ACT ask you not to give up. Rather celebrate World Pangolin Day 2016 by educating other and spreading knowledge and love for this animal. 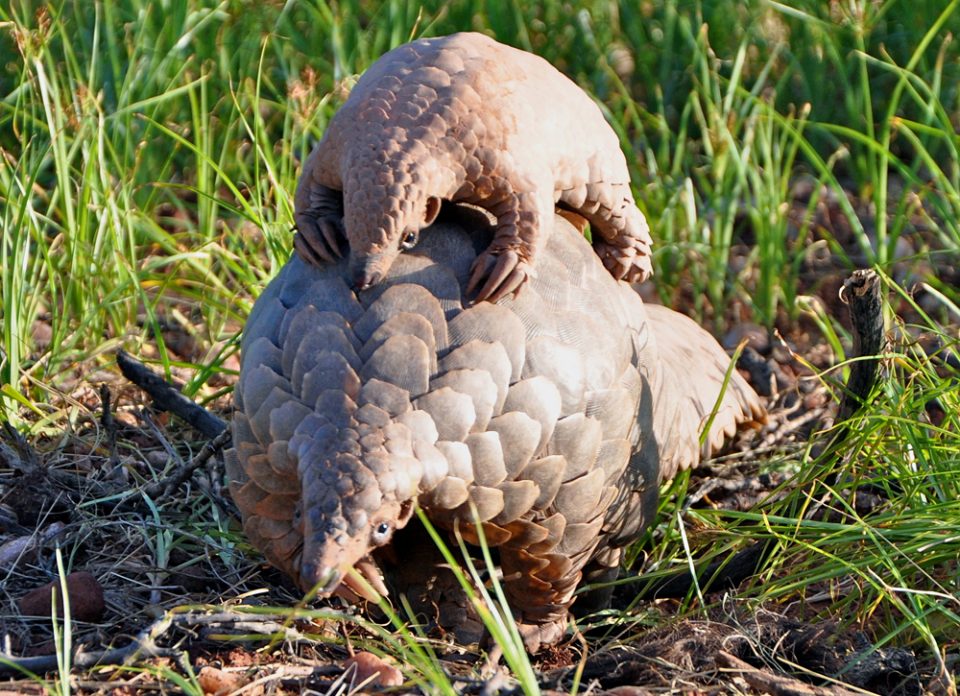 WHAT CAN I DO TO HELP SAVE PANGOLINS?

The most effective way for you to help any endangered species is to talk about it. Read up any interesting facts you can. Educate yourself as to why that species is declining. Discuss and ask questions on public forums (you’re more than welcome to do so on the Wildlife ACT Facebook page). Make a fuss about World Pangolin Day 2016. Join us as a volunteer to gain knowledge from first hand experience and get your chance to possibly see a pangolin in the wild.

After all of that, share your findings with friends and family. The more people who know about it, the more people will make a stand against threats to animals such as the illegal bush-meat and traditional medicine trades.

Together, we can make a difference.