Some of my time in Liwonde National Park (Malawi), so far, has been dedicated to locating a black rhino that has ranged outside of his normal rainy season territory. We have covered a lot of ground looking for both VHF signal, and physical tracks and signs, such as spoor and browsing marks. 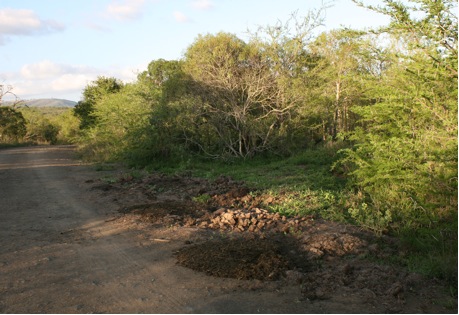 
We recently set up camera traps in areas of interest to try and get images of the black rhino because the rains can make manual tracking difficult. The camera traps were set up with Euphorbia feeding stations – Euphorbia trees are toxic to most animals, including humans, but are an irresistible treat for any black rhino!

Doing a lot of work on foot has allowed me to learn from Krisz, the rhino monitor, and the scouts as they combine manual tracking methods with VHF technology. I have been getting to know the various signs of rhino activity and how to distinguish between different individuals. It’s also really important that we use our time in the bush to collect any snares we come across, or to report evidence of poaching. The scouts have a particularly well-trained eye after taking part in many snare sweeps over the years.

Walking through the bush has also let me see some amazing wildlife from a completely different perspective. We’ve encountered elephants on several occasions, trying to keep our distance and move around them. We also come across sable antelope, yellow baboons and buffalo, to name a few! 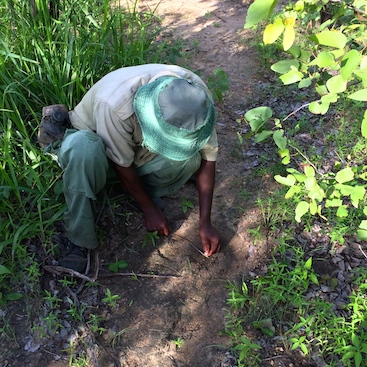 Christopher using a stick that was measured later, to work out the width of black rhino spoor. This is a good way to distinguish between individual rhinos. 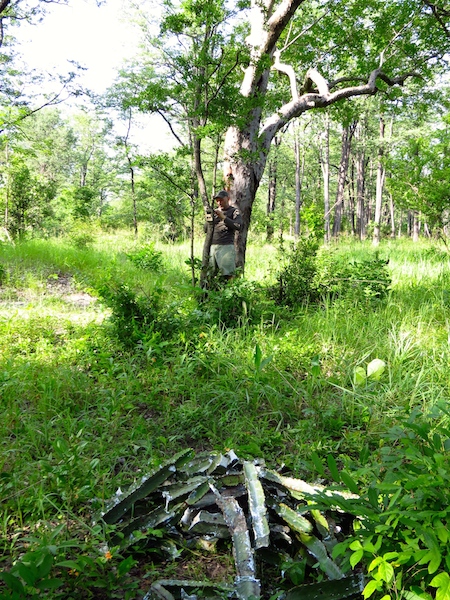 Krisz setting up the camera trap with the Euphorbia feeding station.

My most recent black rhino monitoring session turned out to be extremely eventful. After getting relatively strong signal for the dominant bull from the vehicle, the team decided to continue tracking him on foot. We walked through beautiful open Mopane forest following signal until we reached thick riverine vegetation. We approached extremely carefully and saw him resting in the bushes in font of us. The thick bush creates a circling wind that can quickly alert a Black Rhino of your presence, so we quietly took our places in the trees, hoping not to startle the animal. 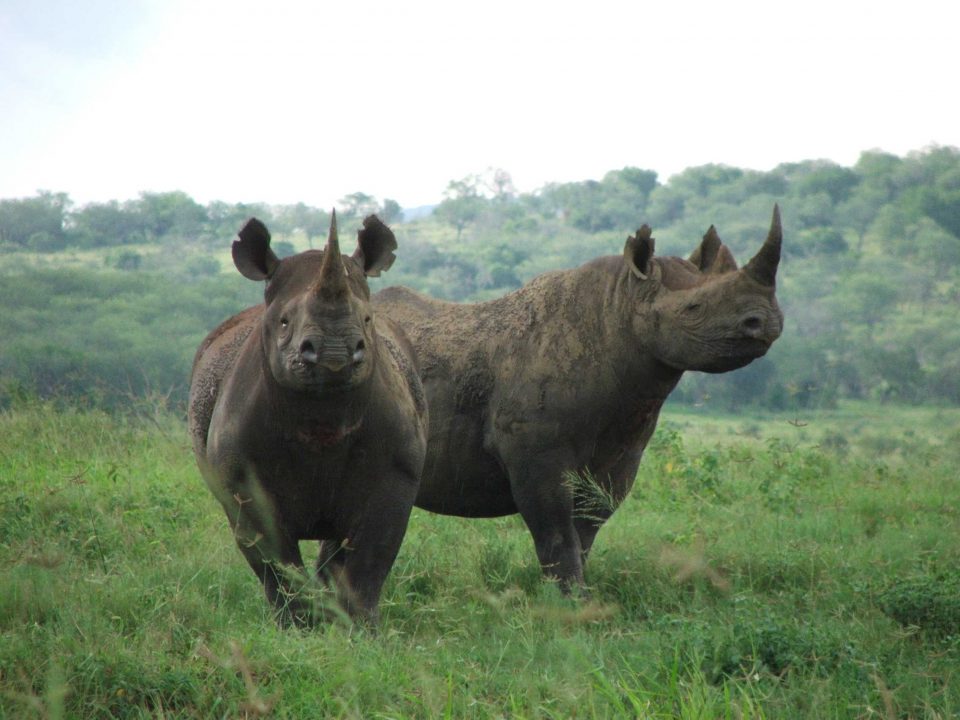 Read more about Volunteering with Rhinos

On our way back to the vehicle after our black rhino monitoring session, we passed a waterhole and noticed that the game paths were lined with snares. We spent an hour scanning the surrounding areas and ended up collecting 32 wire snares that were intended to catch small to medium antelope, but regularly injure larger animals that stumble across them. It’s unfortunate that snares are a regular occurrence in Liwonde National Park, but we can be glad that we saw them that morning and were able to remove them. 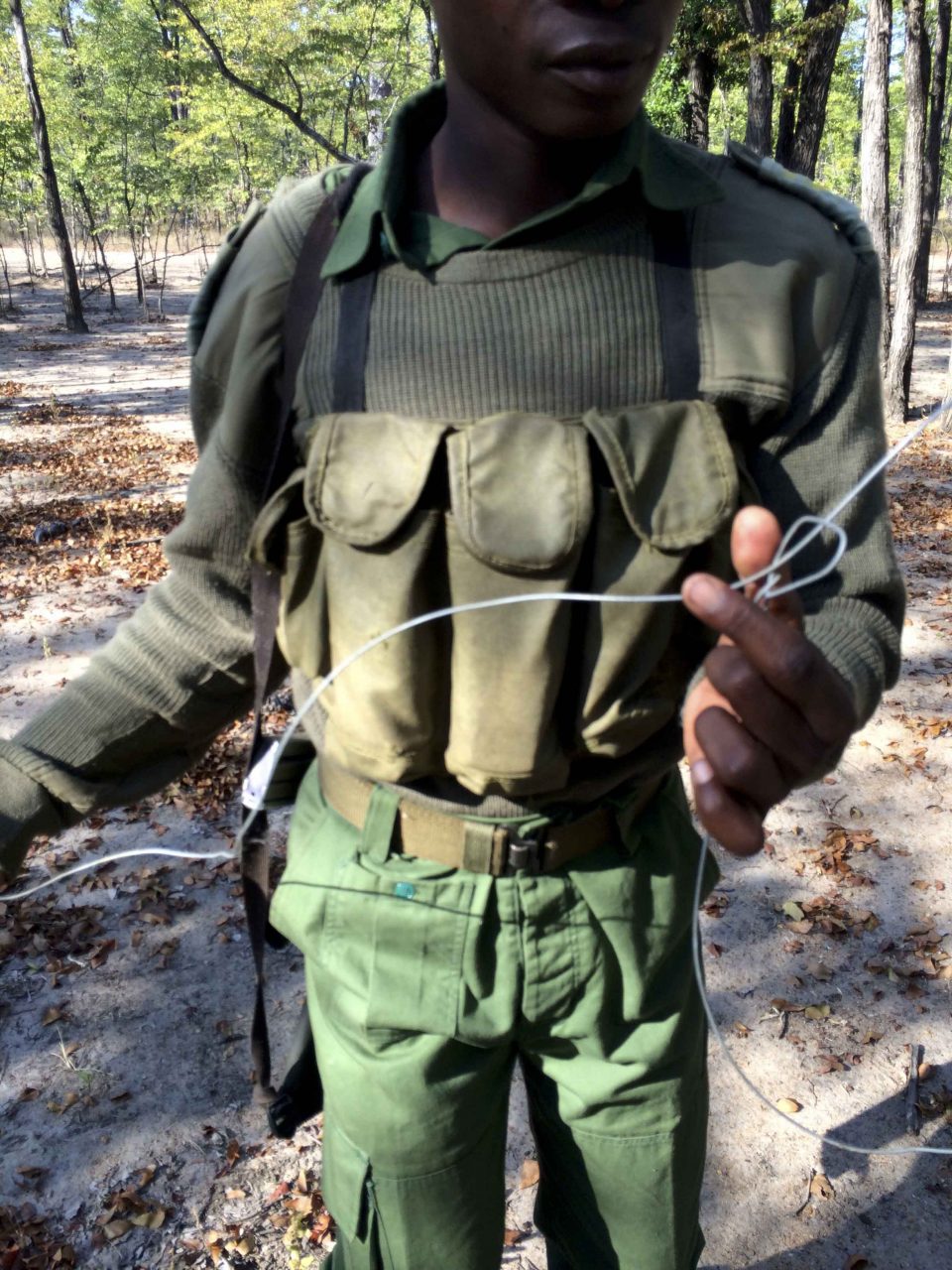 Driving back to camp after the successful black rhino monitoring session, we came across a huge congregation of elephants. Up to 100 elephants surrounded us, some calves only a few months old. It was an incredible sighting, the icing on the cake. 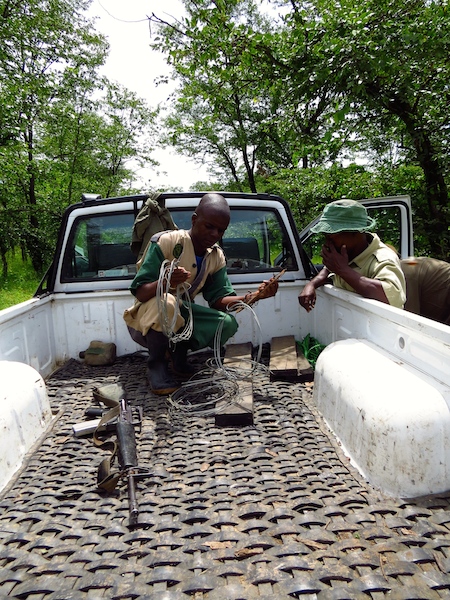 Scouts Maxwell and Christopher counting the snares we collected one morning. 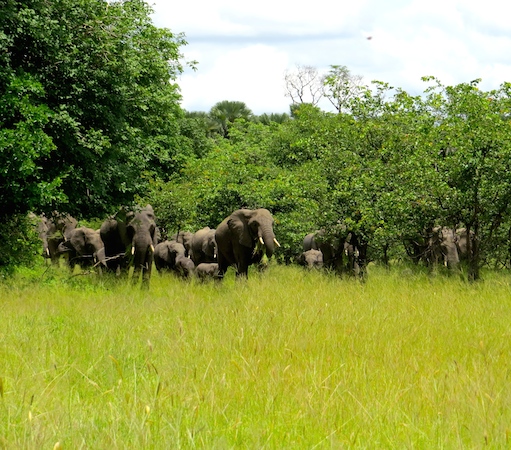 After a successful morning of black rhino monitoring we had an incredible elephant sighting, not far from camp.

What I Learned From Volunteering with Wildlife ACT
03 Sep 2018