During my time in Malawi, volunteering for the black rhino research project, I have worked with school teacher Orsi Bedo, to present lessons on conservation, wildlife and environmental processes, at Nanthomba Primary School. These lessons have been coordinated and presented by Orsi for the past two and a half years, and have seen groups of over 100 students in attendance.

With limited resources available, we found that using handmade posters as visual aids allowed students to be fully engaged, despite the language barrier. The lessons have been extremely popular and successful over the years and in recent weeks, Orsi and I have reached out to other, less supported, schools that surround Liwonde National Park. 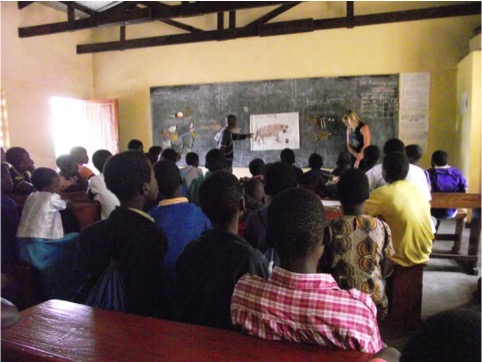 Nanthomba Eco-Club. Here I am working with local teachers to translate concepts and messages into Chichewa.

Two weeks ago we were invited to speak at Ntangaye School, on the eastern park boundary. The schools located in this area are of particular importance to education efforts, due to their close proximity to Liwonde National Park. We prepared a number of posters to present to the children, with the goal of increasing awareness of the vulnerability and importance of the Chipembere (Rhino in Chichewa, the local language). Orsi Bedo (school teacher), Krisz Gyöngyi (black rhino researcher), Sebastian Sattin (safari guide) and myself, drove out to the eastern boundary of the park, and enlisted the help of a Department of National Parks and Wildlife Scout, Gift Pempheran, to translate key messages into chichewa.

The five of us arrived at the school, greeted by smiling children and the welcoming teaching staff. They had prepared an area under a cluster of trees for us to present, and a group of over 100 children awaited us. After an introduction by the resident Eco-Club teacher, Joyce Mtata, we began our presentation with a game. Over the past few months, Orsi and I used old cardboard boxes to draw various animals and invertebrates on, and we challenged the children to identify the animals, before separating them into the categories, “Domestic” or “Wild”. It was a great exercise and it was interesting to see that, despite living next to Liwonde National Park, their exposure to wildlife has been minimal. 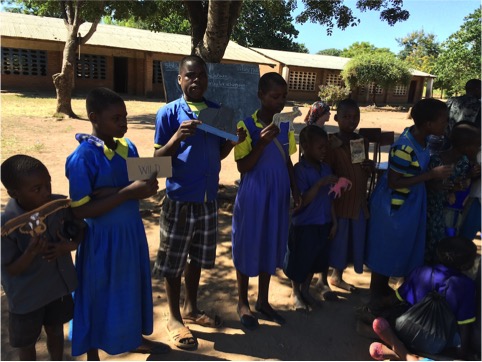 We used recycled boxes to create a game where the children could identify different animals and invertebrates.

We then began with our presentation, first explaining why we have protected areas and the importance of conserving them. This is a particularly important message for the rural children living around Liwonde National Park, who may not have understood the significance of the fenced-off environment, and animals living within it.

Finally, we introduced the main topic of the presentation, the Chipembere. After a brief explanation of how they’ve evolved over time, we spoke about the differences between white and black rhinos, highlighting their vulnerability. The black rhino was of a particular focus, because the children live so close to an extremely important population. We discussed the impact that poaching is having on the Liwonde population, emphasising how snares pose such a significant threat.

The presentation was a huge success. The children were engaged throughout, and having a local scout to translate only added to their ability to focus and understand the messages we delivered. It was such an uplifting day and the teachers thanked us for increasing their knowledge and awareness as well.

Education plays a critical role in conservation, and being able to address rural children who live next to a national park, yet have an extremely limited knowledge of the environment, is endlessly rewarding. Orsi and I hope to continue traveling to schools in the area, passing on any knowledge that we can. 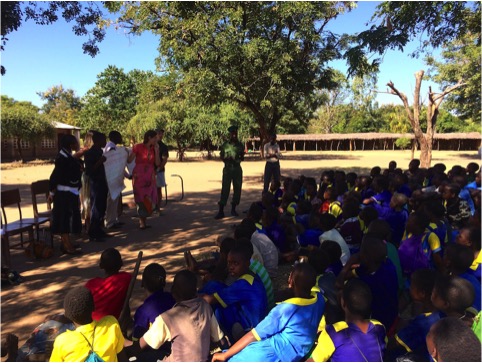 The children look on as we teach them about protected areas and the black rhino. 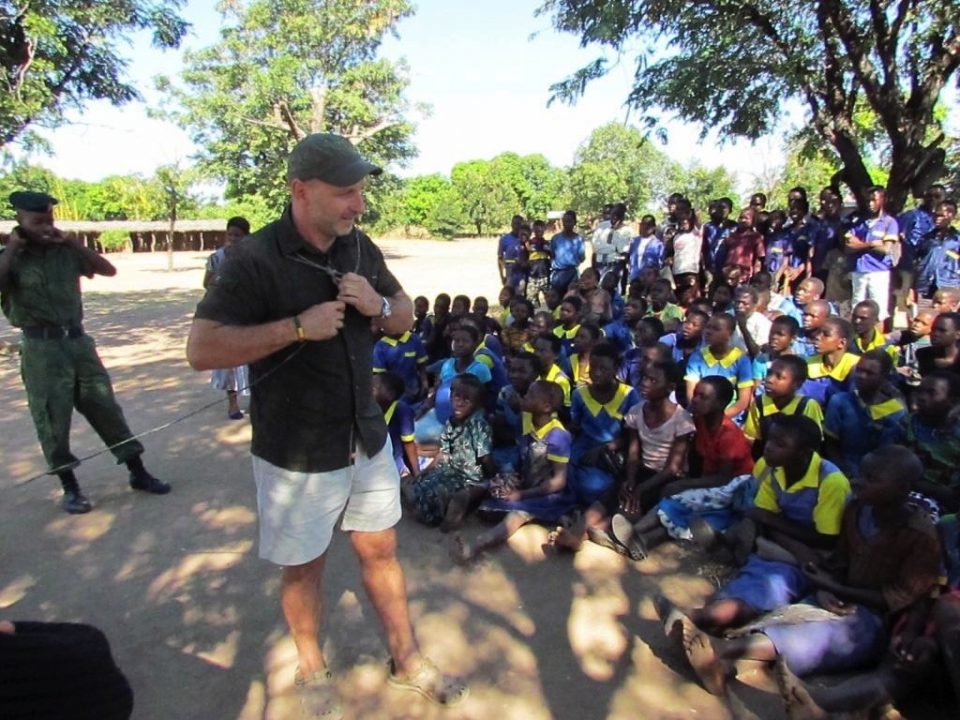 Krisz demonstrating explaining the damage snares can cause to animals, and how black rhinos have been killed as by-catch.

If you enjoyed reading Cazz Kimber’s blog, then you might want to consider joining us as a wildlife volunteer in Africa!