Long and sometimes busy – that’s what the days of Wildlife ACT’s wildlife volunteers in Zululand Rhino Reserve (ZRR) are like. Wildlife ACT’s first volunteer group for Zululand Rhino Reserve arrived in the middle of the year and there was still a lot to do around the camp. Monitoring work takes place twice a day, in the early morning and later in the afternoons. Even with the constant monitoring it’s not always easy to spot the priority species out in the bush. However, a wide variety of birds and antelope such as nyala, Impala, kudu, Wildebeest and reedbuck guarantee interesting drives.

Although Wildlife ACT’s wildlife volunteers mainly provide monitoring services to the reserve, volunteers also assist the reserve management in different issues such as firefighting or feeding nyalas. You might ask yourself now, why are nyalas being fed in a 28 000ha game reserve?

Some reserves capture their well breeding antelope to sell them to other game reserves, which on the one hand is necessary to guarantee biological balance and on the other hand it’s a welcome possibility for earning money that goes towards conservation (such as anti-poaching units). Due to the small number of carnivores, the Zululand Rhino Reserve’s nyala population is big enough to capture and sell some of the beautiful antelope. 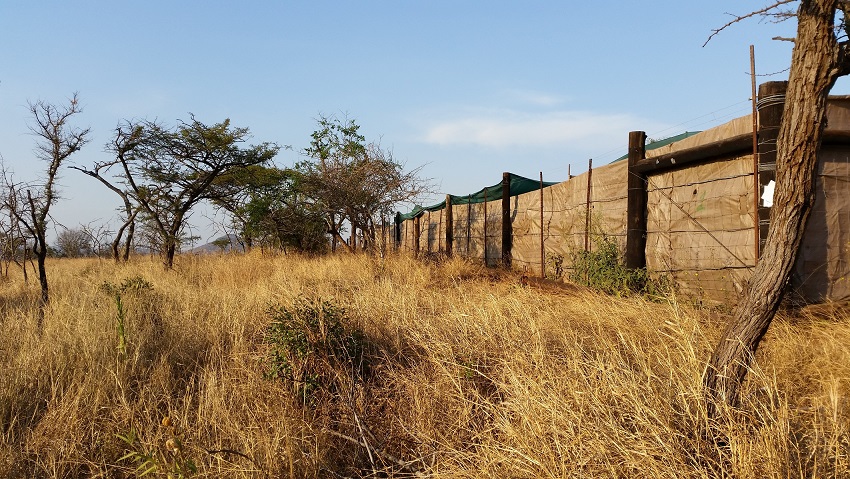 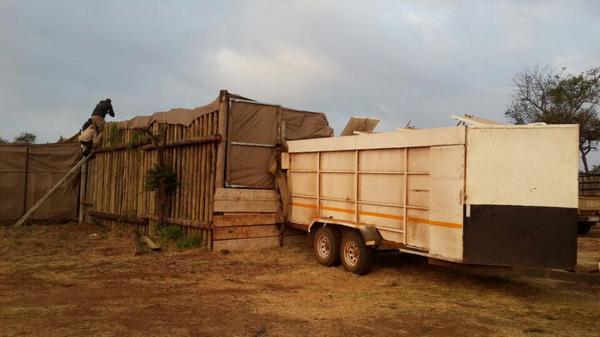 Nyalas being loaded into the boma 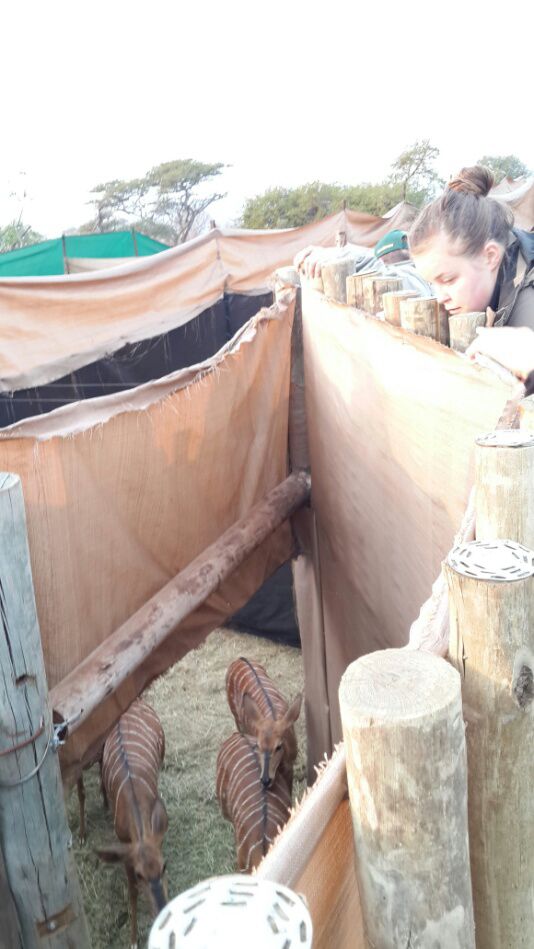 Nyalas walking into the boma

Game capture teams tranquilize certain animals and bring them into the boma (enclosure). The boma is constructed to fulfill the animal’s needs and preferences and suitable food is provided twice a day. After a couple of days the nyalas become calm and lose some of their natural shyness which is necessary in order to transport them. Once arrived in their new home, the nyalas will be released into the wild again! 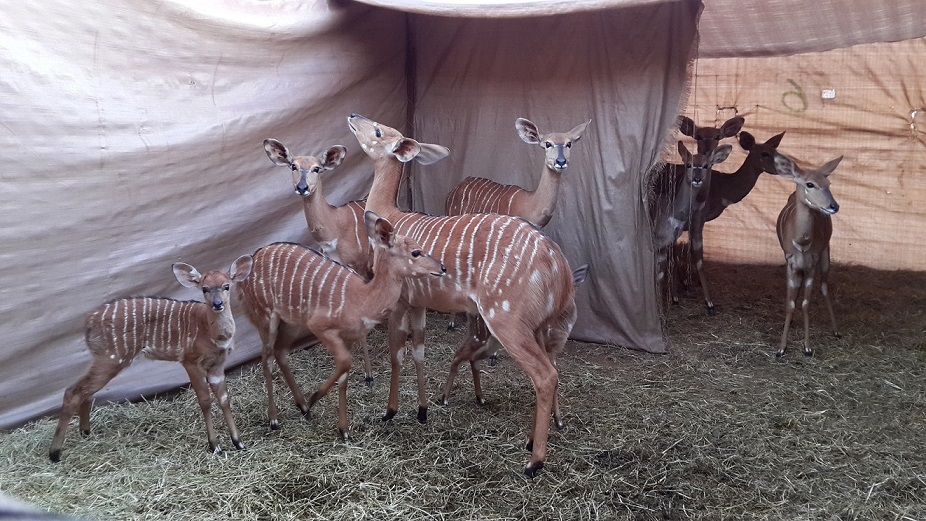 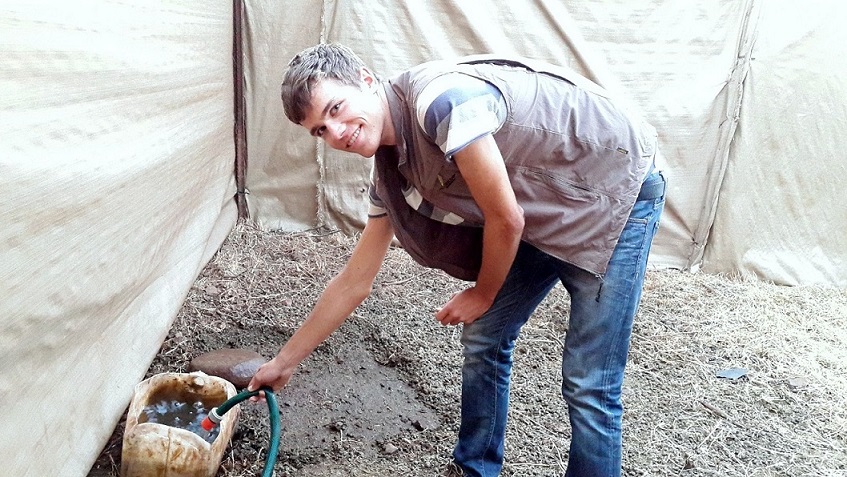 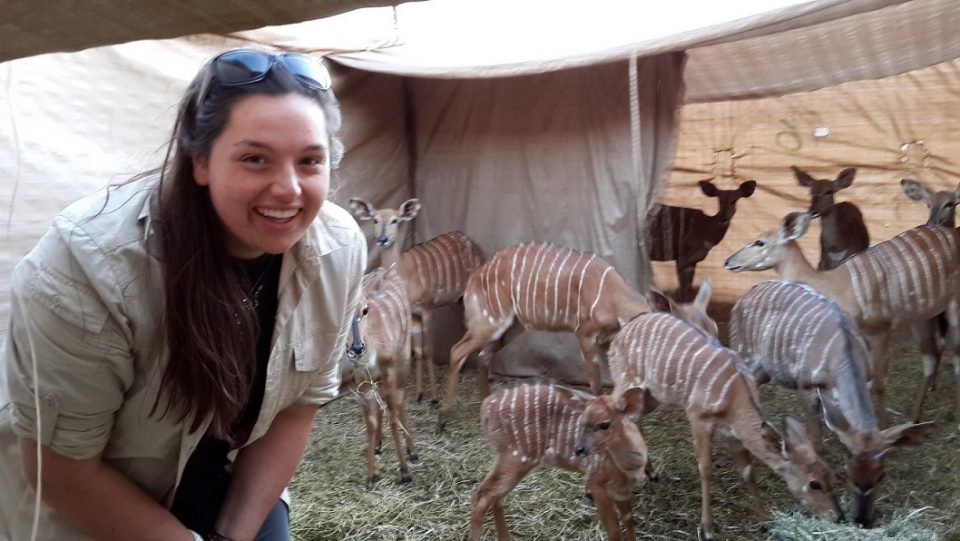 Wildlife ACT wildlife volunteers at Zululand Rhino Reserve were included in the caring and feeding of the nyalas. What a fabulously unique experience!