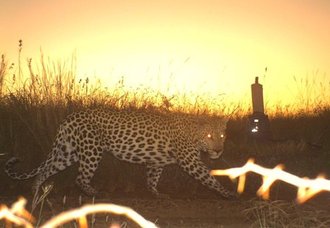 Our monitoring team in Hluhluwe-iMfolozi Park (HiP) have now moved on to the second phase of the Leopard Census. The first phase was in the Corridor section of HiP (which is grassland), and ran from 12th June to 27th July 2011 (45 days). We have not yet completed the admin and identification of individual leopards from this phase, but have identified 5 females and 6 males thus far.

Between the 27th of July and the 3rd of August 2011, the volunteers worked hard at removing the cameras (dislodging the poles, cleaning all the equipment, charging a few hundred batteries, etc.) from their sites in the Corridor, and then putting the new sites together in the Hluhluwe section of HiP (in the North).

The second phase of the Census began on the 3rd of August 2011 in Hluhluwe, and will run there until the 17th of September 2011 (another 45 days), after which it will move to Mbuzane (in the iMfolozi section of the Park) for the third and final phase. All three phases have 23 sites (with 2 cameras at each), and cover an area of approximately 10,000 ha.