uMkhuze Game Reserve, a section of the iSimangaliso Wetland Park, is very excited to announce that two male lions from Tembe Elephant Park (South Africa) as well as a pair of serval from Emdoneni Cat Rehabilitation Centre, were recently released into the reserve in March 2014. The animals have been fitted with tracking collars for monitoring purposes, three of these collars are sponsored by the Wildlife ACT Fund. Our conservation volunteers on uMkhuze along with Ezemvelo KZN Wildlife will assist in the monitoring of these new residents. 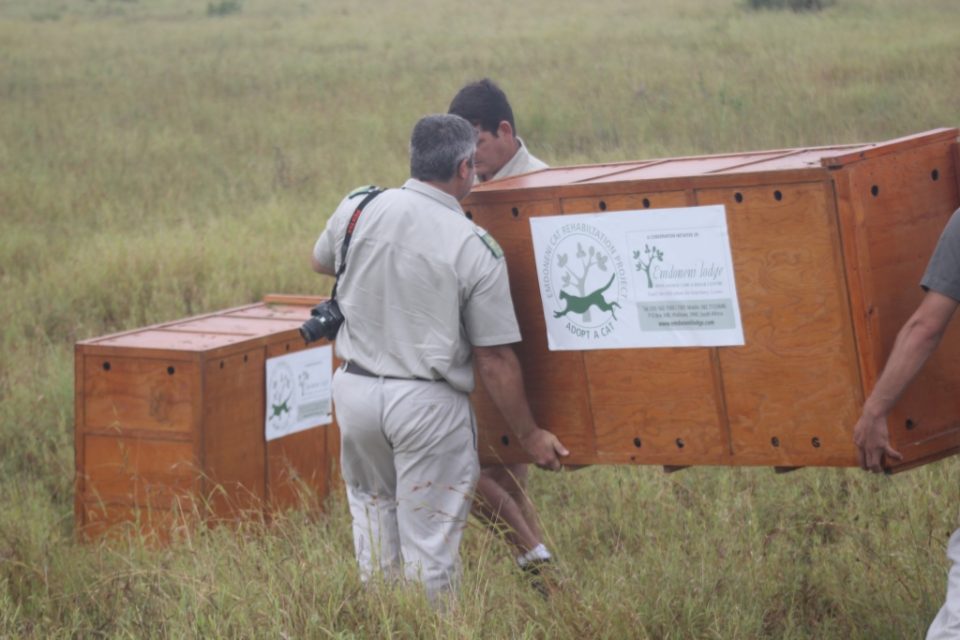 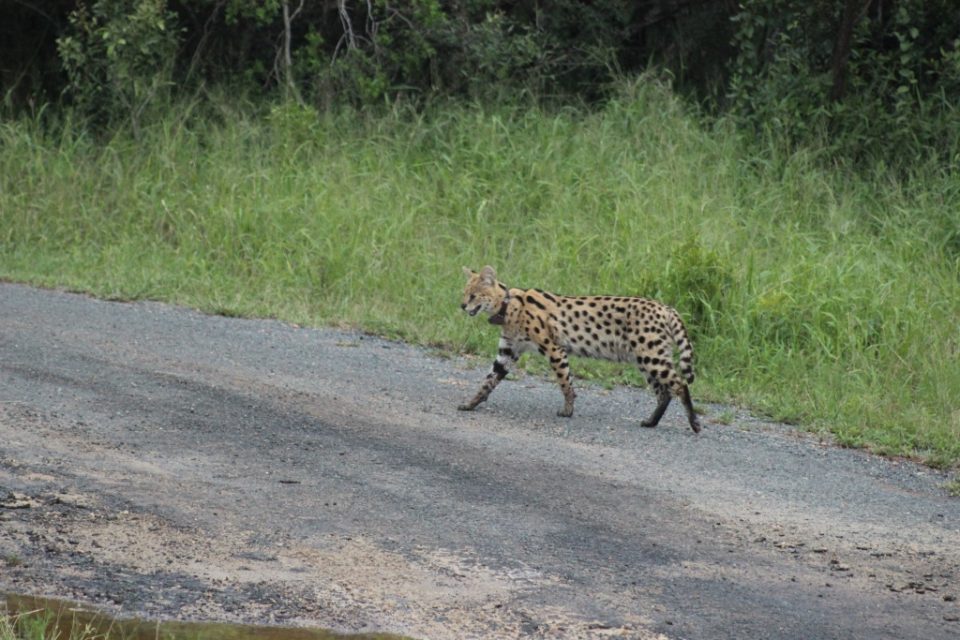 One of the two serval released on uMkhuze Game Reserve, Zululand.