A few months ago I wrote a blog “Rhino Horn – To Trade or Not to Trade, Does it Really Matter?” pointing out the need for greater collaboration and a common focus among concerned parties.

Since then people have been asking me about the various co-operative initiatives in which we are involved and with whom. With the continued increase in poaching of rhino and elephant in Africa, I thought I would highlight some of our collaborative efforts.

Most recently we have embarked on a campaign that ultimately reduces the demand for illegal wildlife products, through powerful business relationships. We need to influence and address the underlying drivers for consumption of these products. There are many organizations throughout Asia that have been very successful in raising awareness for the illegal trade. Currently in China WildAid has been effective in reducing the production of shark-fin soup through the use of Public Service Announcements featuring celebrities. In Vietnam, Humane Society International has focused on educating school children about the plight of rhino. They also use a number of other awareness strategies such as messaging on electricity bills, airline tickets and in pharmacies. All these tactics have made a difference. However, we felt what was still missing was a means of applying pressure directly to the wealthier business people, who have been identified as one of the main end-users in Asia.

Thus we developed a campaign in partnership with TRAFFIC which aims to leverage the buying power of African and other concerned businesses. Thus, developing ideals for Asian business leaders to stand for, with regards to the use and trade of illegal wildlife products. Rather than avoiding business with Asian companies we should constructively use our means to speak up for what we believe in. Asking them to respect our stance on matters relating to our natural heritage in Africa.

Concerned businesses can incorporate a message into their company profile, which states their views and policies with regards to the use of illegal wildlife products. They can also ensure that their own employees are educated about the illegal wildlife market. This profile is then sent out to all business partners, both locally and internationally, making special note of the relevant addition. The business requests and assists their business partners in Asia to take the same steps they have. Relevant materials needed for awareness and education purposes are made freely available to their partners. These are created in conjunction with partners to ensure messaging is both relevant and effective. This is then made public to help spread their position and engage with other business partners, for example as an email signature:

In time we hope an accreditation system could be developed for businesses, ensuring they meet certain education criteria for their staff and make a pledge to not use illegal wildlife products. Interested businesses can then use their buying power to seek out only accredited entities and or to urge others to meet the relative standard.

We have only recently sparked this initiative and are hoping that concerned businesses in South Africa with relevant Asian business partners will be willing to assist us in developing and spreading this idea. You can contact me directly on simon@wildlifeact.com should you feel your business has the means of promoting and supporting this project.

Although a reduction in the demand for wildlife products is essential in this fight against poaching, it is also imperative that we focus on the education of future generations that will take our place on the frontlines of conservation. We are also responsible for protecting the endangered wildlife we have left, in order to leave the next generation something worth fighting for.

With that in mind we are involved in the World Youth Rhino Summit on 21 – 23 September 2014 in Hluhluwe-iMfolozi Park, KwaZulu-Natal, South Africa. This event will be a focused gathering of a hundred young conservation leaders aged 15-17, from African countries affected by rhino poaching, consumer countries in Asia, and other representative countries. Delegates, educators, and conservation leaders will be brought together at the symbolic iMfolozi section of the reserve to directly address the current rhino-poaching crisis and develop resolutions to the problem. Our Team will assist with the education and support for the children at the summit. This forms part of our long-term strategy around education and awareness in communities surrounding rhino conservation areas. 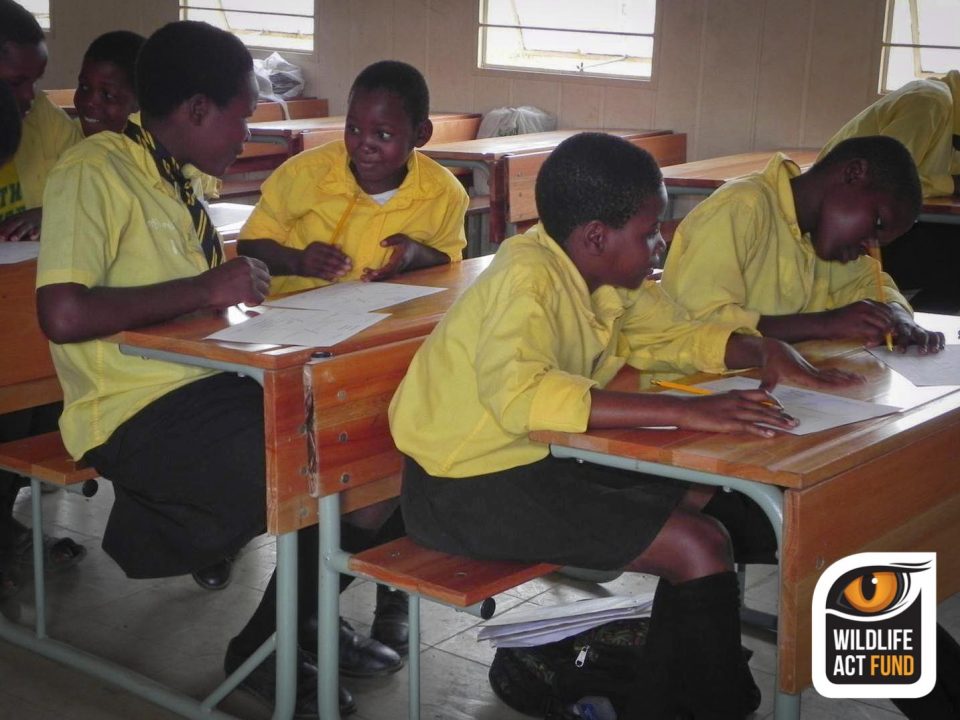 To this effect we have embarked on an ambitious project to help build the emotional link for children with wildlife, especially with those children who are the future custodians of rhino. Our Bhejane Children’s Camp situated on the community owned Somkhanda Game Reserve, provides an opportunity for the children of the Gumbi community to spend time learning and interacting with wildlife that they ultimately own. Ten of the children from this community have been selected to attend the World Youth Rhino Summit.

We also continue to commit to the WWF-Black Rhino Range Expansion Project, where nearly 130 black rhino have been translocated since 2004. In this project the black rhino act as a flagship for creating larger blocks of land for conservation purposes that benefit many other species, such as elephant, vultures, leopard tortoises and wild dogs. Since the inception Wildlife ACT members have provided expertise around the release of the rhino, the post-release monitoring of the rhino in their new home and the training of the recipient reserve’s rhino monitoring team. This approach to get the proverbial ‘eggs out of the basket’ and boost the growth of the population is one that worked very well for the white rhino in the past and is now doing the same for the black rhino.

This war, quite simply, cannot be won with a single approach. We must and will continue to fight on all fronts – conservation, education and demand reduction.