There are some amazing smells that emanate from the African bush. Many are wonderfully nostalgic, while others take some getting used to. What follows are some of the more interesting smells of nature. 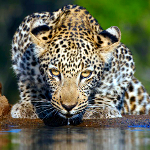 Leopard pee smells like buttered popcorn! Fact. When leopards mark their territory they give off a distinct odour – reminiscent of the movie theatre. This smell is often not detected while in a game vehicle. So if you are ever out on foot and smell buttered popcorn, you can be sure that a leopard has been in the area marking its territory. 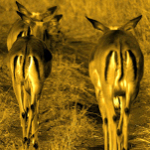 Impala have distinctive black markings on their hind legs and tails that cover special glands. Many see these as being in the shape of a MacDonald’s “M”, which indicates that impala are fast food. One way impalas communicate is by kicking their hind legs in the air, which releases a scent to their fellow antelope. Many say this impala scent smells like cheese. 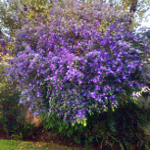 WHO’S BAKING POTATOES IN THE BUSH?

There are several plant species in nature that have rather distinctive smells, many that might remind you of your kitchen. The Potato Bush (Solanum ellipticum) for one smells like its name – more specifically, like baking potatoes. It’s a rather attractive shrub that grows up to 5 feet tall and wide and is very popular among garden clubs. 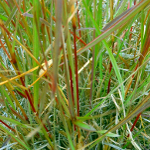 There are over 10 000 domesticated and wild grass species on the planet – more academically known as Poaceae. With regards to Giant Turpentine Grass, this very tall species, like its name, smells (and tastes) like paint remover. While not great for grazing, it can be used to rather effectively thatch your house.

The smell of Carrion may not be for everyone, unless you’re a fly. This plant unleashes quite a nasty scent that most would describe as the smell of rotting flesh. There is however method in its madness, as this distinctive scent attracts flies, which are either digested by the Carrion plant or help with pollination. 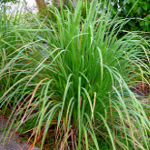 This plant is a personal favourite of mine. It just boggles my brain how the smell and taste of lemon can be found in both lemon trees and lemon grass! What’s going on there? Who copied who? Obviously this citrus-scented plant is commonly cultivated as a culinary and medicinal herb. Try eating some when you catch cold. 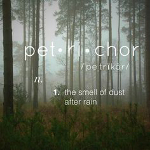 pet·ri·chor ˈpeˌtrīkôr/ noun: petrichor – a pleasant smell that frequently accompanies the first rain after a long period of warm, dry weather. The smell of rain is a welcomed scent to most living creatures. Many label it as one of their favourite smells of nature. I once owned a dog that would flap its ears just before rainfall… 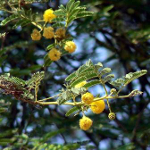 The Scented-pod Acacia, or “Acacia nilotica” to the plant boffins, is an exceptional bit of flora. While toxic to goats, when humans catch a whiff of this plant, many are reminded of a refreshingly edible fruit cocktail – making it one of the more mouth-watering smells of nature.

Acacias are amazing. The bark of this particular acacia produces a medicinal gum that can also be used as glue. The Zulus take a decoction of the bark as a cough remedy. This all-purpose plant has also been used to treat tuberculosis, impotence, diarrhea, hemorrhages, toothache, dysentery, gonorrhea, menstrual cramps, eye infections, sores, ulcers and indigestion. It has also been used as a tranquilizer, and (like everything else) an aphrodisiac.

Someone really needs to invent Smell-O-Vision for the Internet…