It’s been an amazing start to my stay at Liwonde National Park in Malawi. I’m volunteering for the Black Rhino Research programme, which is supported by Wildlife ACT. My arrival in the park involved a car trip through rural Malawi during a beautiful storm, and a boat ride across the Shire river; the main gate in to the park is inaccessible for 6 months of the year… this was just a taste of things to come!

So far, I have been involved in a range of activities both in the park and at the local school, Nanthomba. I predominantly work with rhino monitor and research ecologist, Krisztián (Krisz) Gyöngyi, and his wife, Orsi Bedo, who runs for the eco-club at Nanthomba. Liwonde is a relatively small national park, but is extremely diverse with amazing birdlife and areas varying from open Mopane forests to thick, dense riverine vegetation. Conditions vary hugely throughout the year, and I have been lucky so far to see the park thrive with the rains. 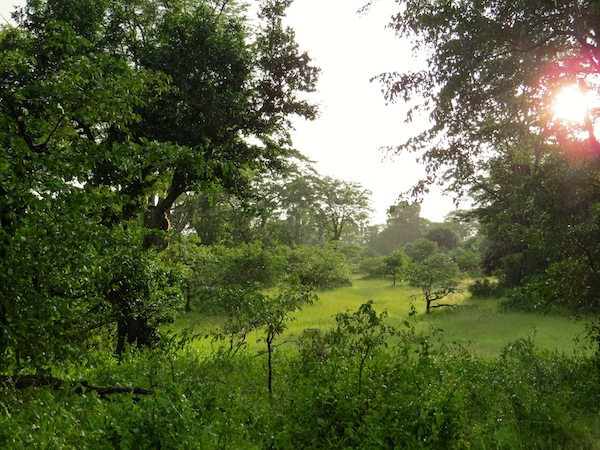 Green from sky to ground – the beauty of Liwonde National Park in the rainy season.

The rainy season has allowed the vegetation to become extremely dense, with vibrant green everywhere you look. This is both beautiful and challenging. The wildlife really thrives this time of year, with no shortage of food or water, but it hugely limits vehicle access throughout the park, and affects the range of the VHF transmitters that are fitted in the horns of the black rhinos. Swelling rivers, slippery mud and low visibility due to dense vegetation are just some of the factors affecting monitoring and research in the rainy season.

Black rhino monitoring and research is conducted regularly throughout the year and is particularly important in Liwonde National Park. The black rhino population is vulnerable  because of the significant amount of poaching that occurs, in the form of snares and “gin” traps, that primarily target various species of antelope. The focus of the monitoring aspect of the black rhino project in this park is to ensure that the individuals are not injured or killed in snares as “by-catch”. With limited access, the majority of the monitoring work in the rainy season is done on foot. On more than a few occasions, we have crossed rivers and streams and waded through some very thick mud!

My first sighting of a black rhino in Liwonde was the result of an exciting morning of boat rides and walks through extremely thick riverine vegetation, on the banks of the Shire river. From the boat we had signal for two individuals and, when the signals became strong enough, we were dropped off along the river. As Krisz and I, accompanied by two scouts, jumped onto the river bank, I watched crocodiles slip into the water all around us, and heard hippos grunting to acknowledge our presence. I quickly reminded myself to keep all of my senses sharp!

After following one signal, we realised that the rhino was further away than first expected. Signals can seem closer when scanning from the open waters on the boat. The area was also completely inundated from recent rains, so we decided to try and locate the other individual, who was extremely close by. We saw fresh spoor and the scouts signalled for us to be quiet and watch our footsteps. Krisz was using the telemetry antenna to get a direction, and for about 5 mins we were creeping through the bush, eyes and ears extremely alert. Then finally, we reached a clearing and saw a big bull run across the bushes in front of us. It is always amazing to see these creatures, especially after the excitement and tension when tracking them through the bush. He was aware of our presence but wasn’t panicked, which is always a good result. It was a relatively brief sighting but our main objective was to make sure he didn’t have snares around his neck or legs, and that he wasn’t limping.

He looked thick and healthy, so we had done our job! 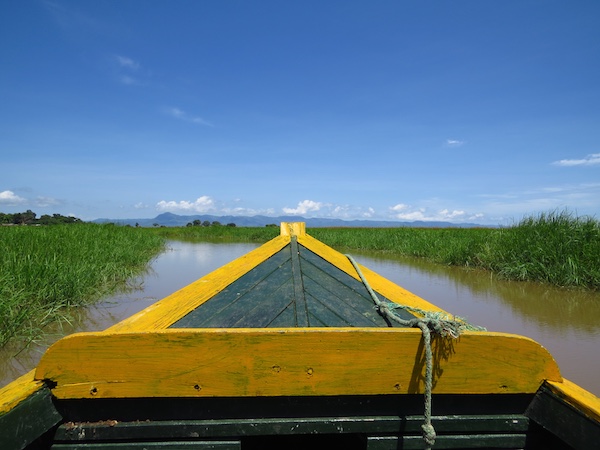 Boat ride along the Shire River – a beautiful and useful way to begin a morning of monitoring in the rainy season. 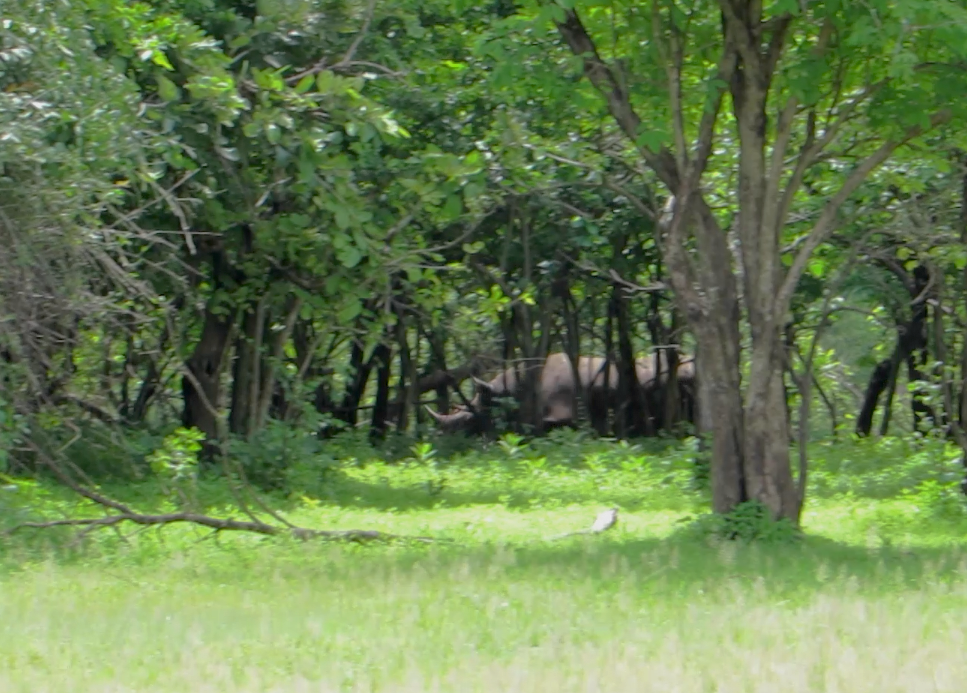 My first black rhino sighting in Liwonde – the image isn’t very clear but was enough to confirm that the bull was clear of snares.

Vultures and the Art of Decomposition, Flight & Disease-killing Digestion
23 Feb 2017