On a few occasions, I’ve had the chance to join guests on game drives and boat safaris. It’s a really great way to get to know different areas of the park, and to speak to guests about the black rhino project. I’ve also had some beautiful sightings of the abundant wildlife in Liwonde National Park, which never ceases to amaze me!

I was lucky enough to be asked to give a helping hand to the African Bat Conservation team on several occasions. This involves a trip into the bush just before sunset, to set up two different types of traps. Throughout the night, the team and I would collect bats from the traps, take various measurements and make observations, before releasing them. It’s so great to see how different conservation projects function in such a diverse environment. Not to mention the experience of sitting in the bush at night while animals continue on, all around you! 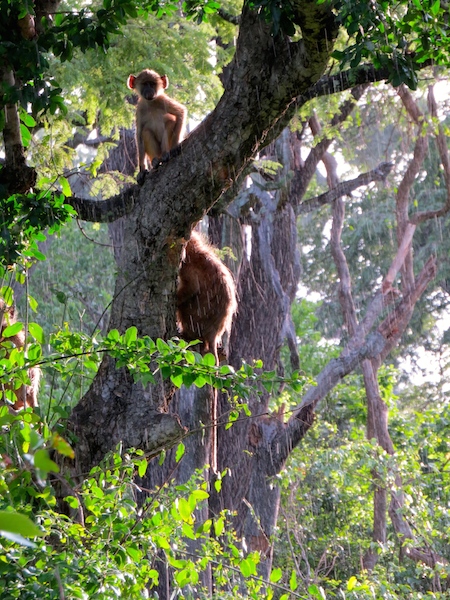 Yellow baboons during a sunny shower. A taste of the beauty that the rainy season has to offer! 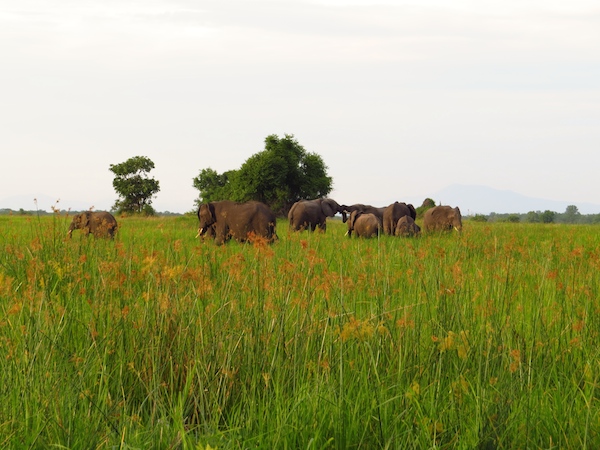 We came across two herds of elephants when on a boat safari – not a bad way to watch the sunset! 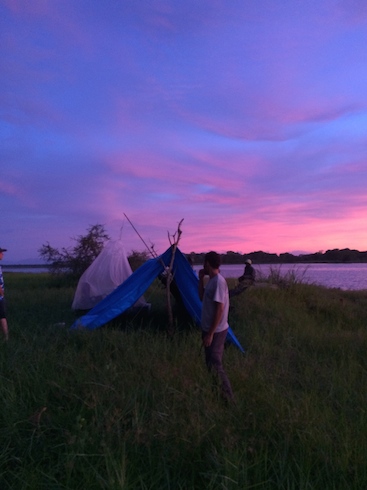 Setting up a riverine location with the African Bat Conservation team.