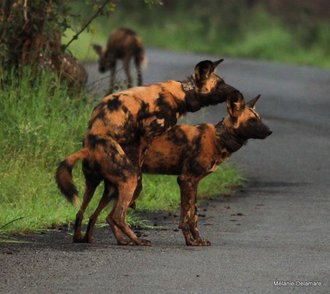 In the isolated expanses of the southern Pacific Ocean between Peru and New Zealand lie a small set of volcanic islands known as the Pitcairn group. Best known as the islands which in 1790 were populated by the “British” Bounty mutineers and their Polynesian companions (both willing and unwilling), they remain a relic of British imperialism with a sordid history of inbreeding and social depravity. The initial population of 27 slowly grew to a peak of 233 in 1937 and then dropped to 45 by 2009. Although time has left a fascinating, if bizarre history of social dynamics, it wasn’t always the case, even though for the first 18 years of occupation no other boats even came close to docking at the island. The initial community was particularly diverse, albeit small, with a gene pool consisting of women from three different islands, and 6 mutineers from widely differing parts of England, Scotland, and the Caribbean. Despite initial inbreeding avoidance, in time the isolation meant this wasn’t such an easy or available option; a lesson for Wild Dog persistence in South Africa.

We often beat on about habitat fragmentation being one of the biggest threats to Wild Dog, and other large carnivore persistence in South Africa. One of the means to avoid inbreeding within isolated Wild Dog populations is the managed metapopulation approach which has been adopted to complement the small free roaming population in the country’s Waterberg region and the unmanaged population in the Kruger National Park. The metapopulation comprises a series of geographically isolated reserves which are capable of sustaining Wild Dogs, but which need sustained, intensive, collaborative efforts to manage these subpopulations as one, collective metapopulation.

Results of a recent study have shown that Wild Dogs actively avoid breeding with close relatives. This is naturally a useful strategy to avoid the associated negative effects of inbreeding. This however is where fragmentation is such a headache for conservation. If these animals are avoiding mating with relatives and there are limited Wild Dogs in a confined space, what are the options? Either the natural avoidance is ignored or the packs stop breeding. Breeding, it is obvious to say, is crucial to restocking the population which is knocked down by old age, Lions, disease, snares, vehicles, bullets and other factors. We cannot control all the factors which lead to packs losing their pups (as has already happened this 2012 breeding  season to the Crossroads pack in Hluhluwe-iMfolozi Park and the Mantenga Pack in Mkhuze Game Reserve; fortunately both these packs appear to have an additional pregnant female to date) but we can at least work towards packs breeding.

So despite the existence of a few larger managed metapopulation reserves of over 400 km2 (Mkhuze, Hluhluwe-iMfolozi, Khamab Kalahari, Pilanesberg and Madikwe) few can sustain more than a single resident pack and we still have to ensure we manipulate arranged marriages. Such a process is currently under way as two male Wild Dogs from Tembe were this past weekend introduced to two females from Hluhluwe-iMfolozi Park. At the moment all the signs appear positive. Hopefully in time, and with continued and concerted effort, we can maintain the current national cooperation and avoid any of our own Pitcairn Islands.