The landscape of undulating russet hills covered in thorny greens stretches all the way around us and is ringed in the distance by the dramatic Lebombo mountain range, the second largest in South Africa. I can see none of this right now, as I grapple my way to the monitoring vehicle in the early hours before dawn, through an inky darkness under a burst of stars. We are getting ready for our morning wild dog monitoring session and as we shine our torches into the truck to make sure no snake has made a home in the open seating, we find instead a pool of murky water from last nights rain. The bush is not for everyone. But we drain the water, use towels to sit on and get going.

We bump along the uneven roads of Zimanga Private Game Reserve stopping at certain points to scan for the signals emanating from the collars of two wild dogs. I’m here, in Kwa-Zulu Natal, as a part of Wildlife ACT’s volunteer program which gives me and other non-experts a chance to join the monitoring teams and get a feel for what goes into tracking and protecting endangered animals. 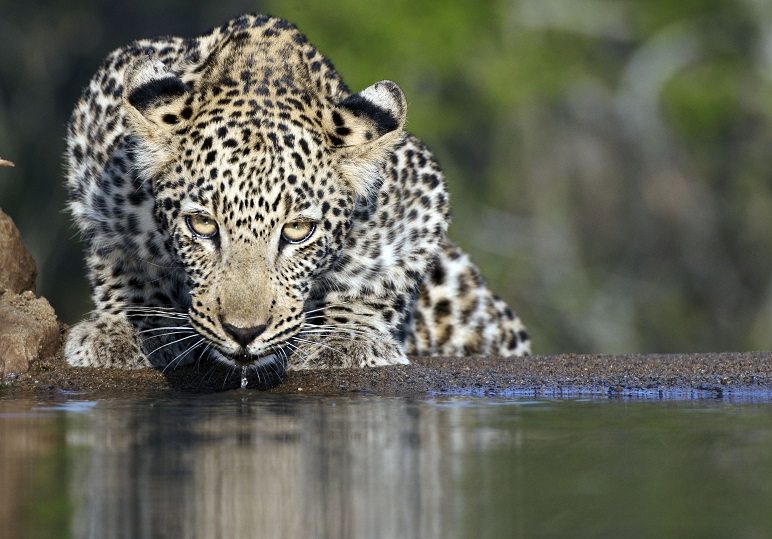 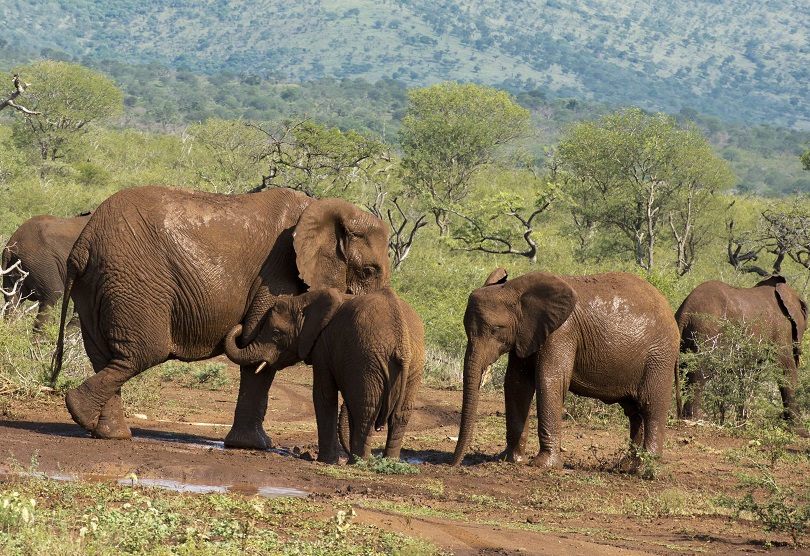 I have a special love for wild dogs and the chance to track and observe these beautiful creatures in the wild is a privilege. They are one of the most critically endangered mammals in Africa. There are only 4000 left in the world and around 400 in South Africa and with growing human encroachment into their habitat, that number will only decrease if we don’t work to save them. One of the many dangers facing the wild dogs are snares which are essentially barbed wire traps put out by farmers and the local community members to catch game and the wild dogs get caught as collateral damage. Once the snare is on the wild dog it gets tighter the more it struggles, slowly ending its life. This is where the anti-snare tracking collars, developed by Wildlife Act, come into play- both in keeping the wire from damaging the neck and, if the animal is in distress, in sending out an SOS signal which alerts the Monitor. 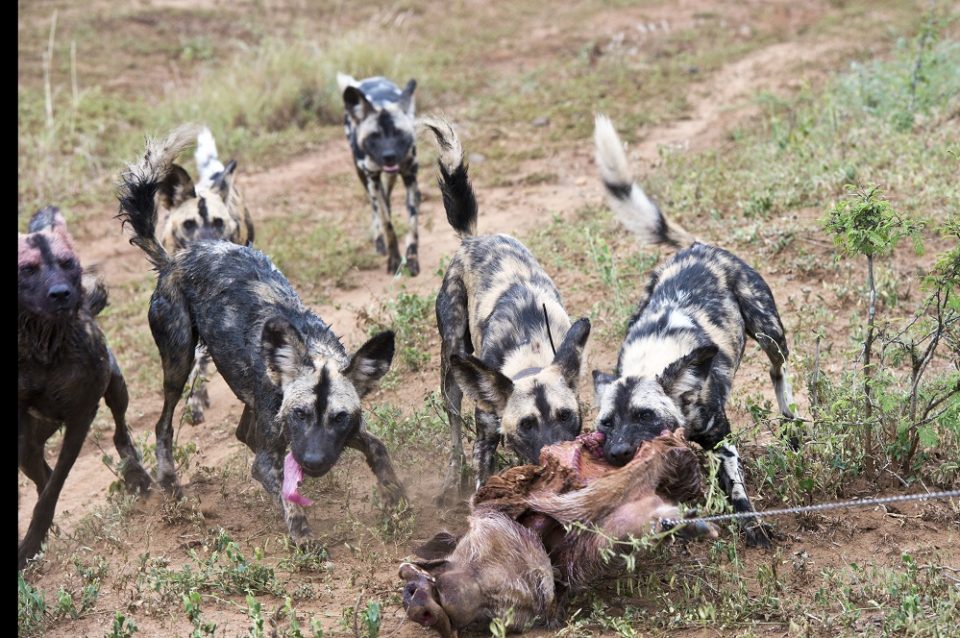 I stand on top of the well worn vehicle, holding the telemetry equipment, turning slowly and trying to pick up the signal being sent out by the collar of Enza,  a male in the Zimanga pack. The person in charge of our team is Graeme, a young and enthusiastic monitor who has been working with Wildlife act for a year. He guides me through the process and I finally get the slow beep indicating the wild dog’s location. We drive though thick bush, past some healthy warthog and stop for only a few seconds as some curious giraffe cross our path. It’s still dark but the first glow of day is starting to spread through the sky. We are close to the wild dogs and everyone strains their eyes to see some movement. We finally spot them close to the road in some tawny grass. Powerful, lithe and brilliantly patterned, they camouflage beautifully into their surroundings.

We get comfortable in the car, watching the placid pack lying about looking sleepy. But these wild dogs are mercurial and before we know it they jump into action and in a snap they take off down the road and we have to rush to keep up with them. They leap and bounce through the undergrowth and reach a shady spot near a rivulet and relax. The pack is made of six wild dogs with the Alpha male, Esasa and Alpha female, Padme as the pack leaders. The others are daughters of Padme and each one has a distinctive personality. Celukwazi is the curious one who always checks out the cars and peeps at us from behind the grass with a sweetness that has won our hearts. Leia has the strong black and white patterns that make her easy to identify and match her personality. Ntokozo is the quiet one who stays behind and is finding her place. 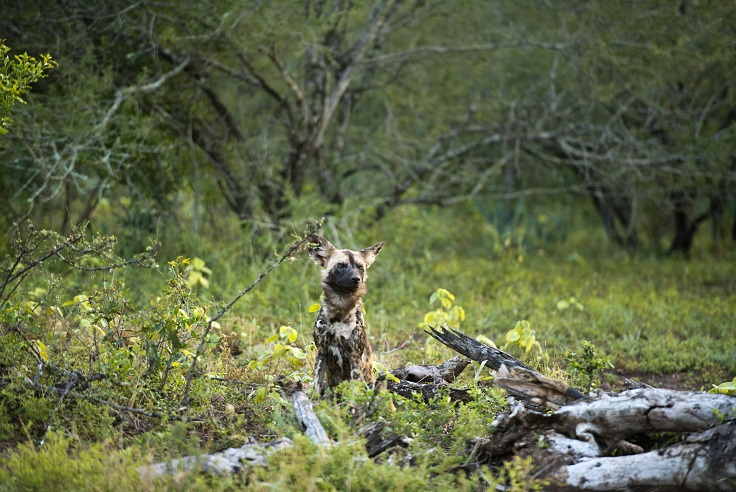 Their behaviour can sometimes be reminiscent of a primary school playground. They play fight, sniff, jump, run in circles and then collapse in a heap of excited exhaustion. They work together, play, live and eat together. A big family that depends and loves each other.  I never tire of seeing their interaction and neither do the dedicated and passionate people working at Wildlife Act. This is all definitely a labour of love. Going out every morning hours before sunrise, over rough roads, staying in the most basic living conditions in remote places and all for the love of seeing these magnificent creatures safe and happy.