It appears that the alpha female Wild Dog of the Crossroads Pack in the Hluhluwe section of Hluhluwe-iMfolozi Park (South Africa) is denning at the moment! These photos of Fossey were taken on the 9th of April by conservation volunteer Jacqui Ralston, about two months after she was observed mating with Bala, the alpha male. The conservation volunteers have only managed to monitor the signal from Bala’s collar for the last eight days, as it has consistently come from an area along the Hluhluwe River that has no road access at all. The Crossroads Pack currently consists of five dogs, and have not had a successful litter since 2010. We are all hoping that this year is a better one for them! 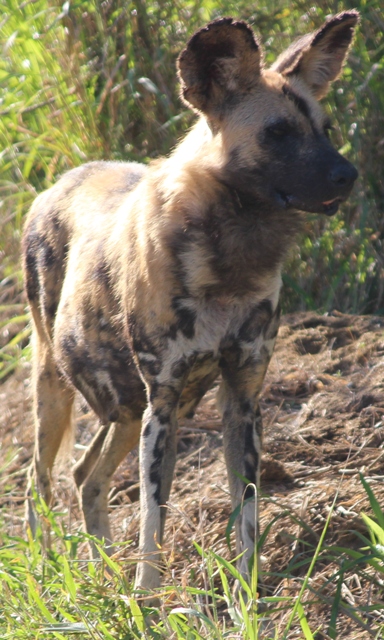 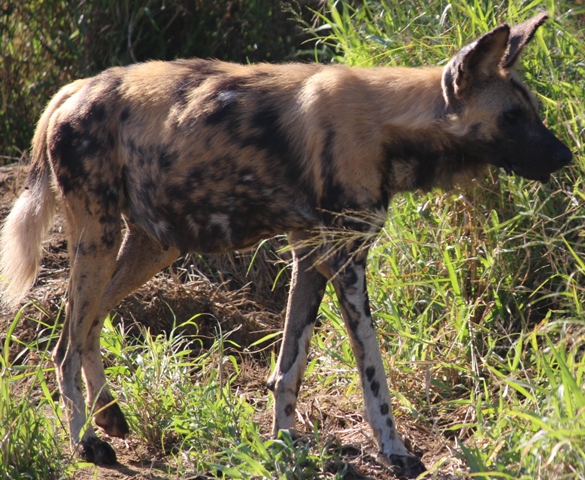 Fossey showing off her big tummy