Monitoring certainly does have its perks – read on (and prepare to be jealous)!

Yesterday (16 October) was unforgettable for the conservation volunteers at Hluhluwe (Martin, Jan, Sue and Paule)! We began the day at 04h30, with the task of finding the Crossroads Pack of African Wild Dogs. The volunteers demonstrated great skill with the telemetry, and tracked the pack to perfection (not one wrong turn). 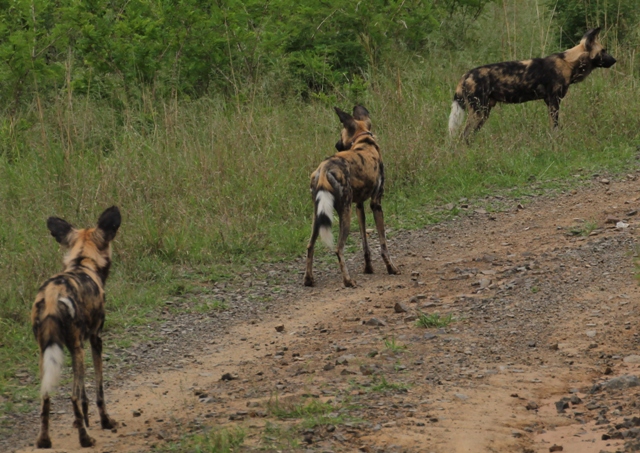 While tracking the dogs, we saw a Spotted Hyena in the thick bush next to us. We felt that we may be close to the dogs, as hyena seem to follow Wild Dogs regularly, hoping for a chance to steal their kill from them. 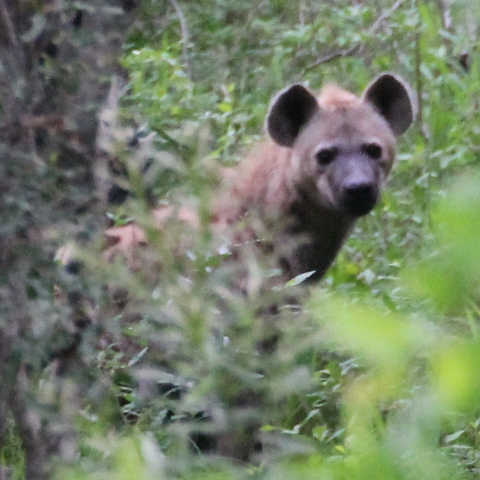 On our way back to Camp, we heard about a lion sighting nearby, and stopped to get data for the Hluhluwe Park management (such as branding details, number of animals, sex ratio, etc.). 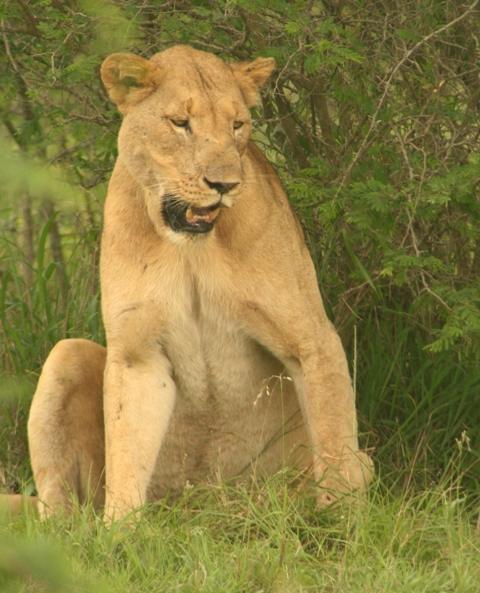 A lucky Lion sighting in Hluhluwe

Our task for the afternoon was to locate a female cheetah and her cub (of about 18 months) in an area where she had been seen more than 24 hours previously. We lucked out again and found the two of them on a fresh kill. 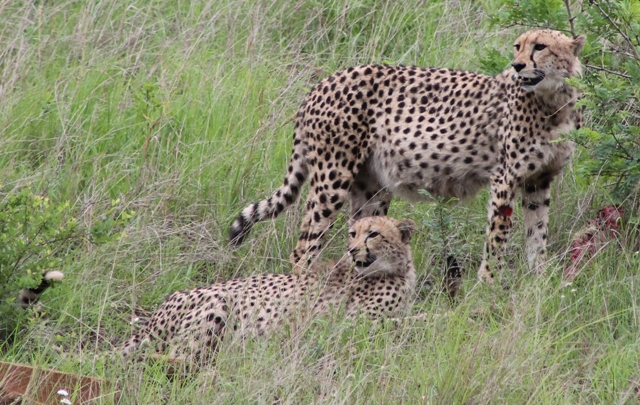 Two cheetah on a fresh kill in Hluhluwe

As I said, it was an unforgettable day (the type that movies are made of)!