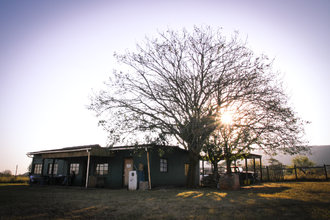 Set in the heart of Zululand, and established in 1895, Hluhluwe-iMfolozi Park (HiP) is one of the oldest Game Reserves in Africa. Wildlife ACT has just opened a second project in he park which is situated in the iMfolozi section. We’ve recently welcomed our first wildlife volunteers to the camp and they’re loving it! Our main focus on HiP includes the monitoring of Cheetah, Leopard, African Wild Dog and Rhino.

Part of the land was the exclusive hunting preserve of the Zulu King Shaka, who protected the area by proclaiming ‘conservation’ laws through his ownership of the land. The Park covers some 96 000 hectares and contains an immense diversity of fauna and flora. It is home to a rich diversity of wildlife, including the “Big 5” as well as African Wild Dog, Cheetah, Hyaena, Jackal, Hippopotamus, and various antelope species including Waterbuck, common and mountain Reedbuck, Nyala, Kudu, Bushbuck, Steenbok, Duiker and Impala.

To view the all the pictures of the new project visit our Facebook gallery.