A world-first video of a newly discovered and rare mammal symbiotic relationship!

Last year Wildlife ACT and our conservation volunteers came across camera trap images of a genet riding a buffalo. If that wasn’t strange enough a few nights later we found more images of the genet, now nicknamed Genet Jackson, but this time he was hitch hiking on a white rhino. With the help of our camera traps we were able to capture many instances of this genet riding on the backs of these large herbivores.

Genet Jackson is back! 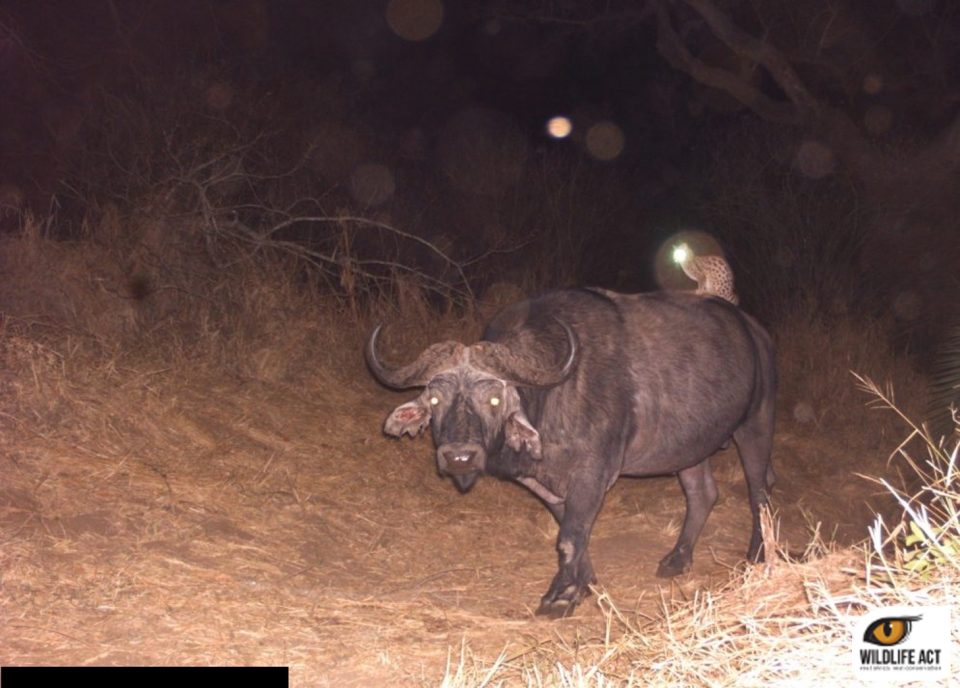 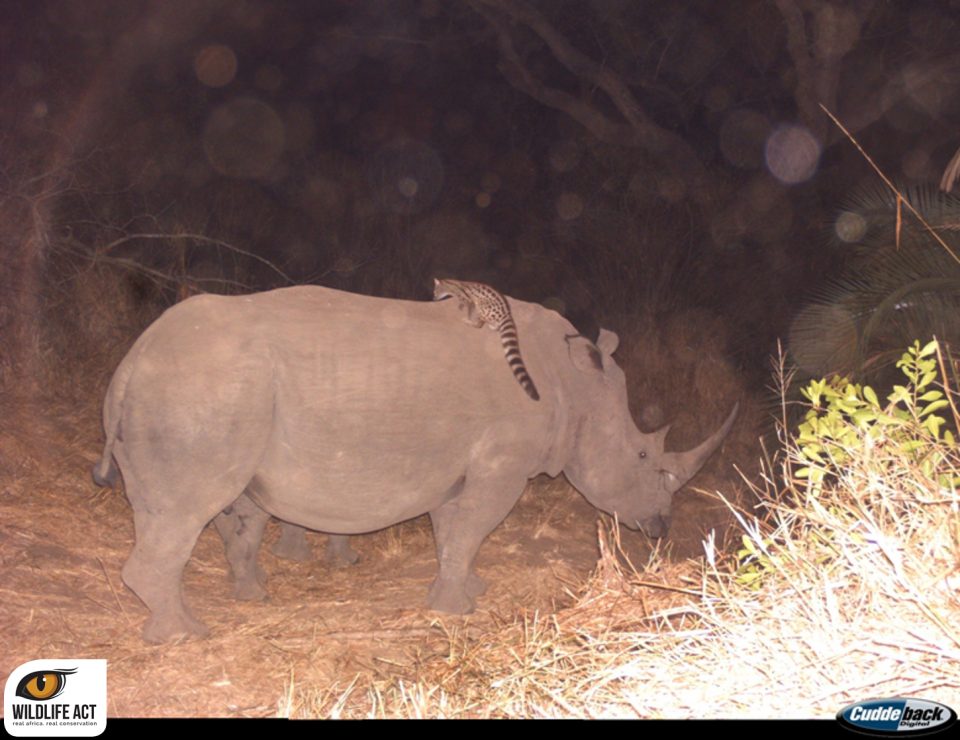 News of the genet spread quickly and the images raised many questions as to what the genet might be trying to achieve by acting this way. Some believed it was merely trying to gain a height advantage, while others thought it might be doing this as a way of catching prey and some suggested the genet might just be lazy and was catching a ride from these bigger mega-herbivores. We have learnt through the years never to assume that we know exactly what is going on in the bush, so any of these scenarios could have been likely.

Intrigued beyond belief we teamed up with Ezemvelo KZN Wildlife and our headline sponsors Rhino Africa to get some video footage of this genet and the strange behaviour it was displaying. It was a fabulous success and we were able to catch the genet, this time trying to hitch hike, on the back of a very grumpy black rhino.

Wildlife ACT members have all been querying what this genet has been doing riding on the backs of rhino and buffalo, and by getting this footage using a video camera-trap we have answered some of the debates been raging about it. In this clip you can clearly see the genet ‘hawking’ insects from the back of this black rhino (a critically endangered species which Wildlife ACT strives to conserve). This is similar behaviour to Cattle Egrets following animals which disturb insects as they walk.

Whether or not the genet is also picking ticks from off the rhino and buffalo it is riding is still unclear. Funnily though this genet’s ride is interrupted by the black rhino being spooked by something it smells or sees and Genet Jackson manages to stay on, Rodeo style! This grumpy rhino certainly didn’t make things easy for our hitch hiking friend.

To keep up to date with any developments for this herbivore riding genet follow GenetJackson on Twitter.