If you would like to make a direct deposit, please use the banking details below. If you would like your donation to be put towards something specific, please include this as a reference (e.g. “Wild Dogs”)

If you are making a donation within South Africa, then please use the below:

NOTE: Donations from the USA made via our partner organization – Empowers Africa, are tax-deductible.

First and foremost, Wildlife ACT exists to save our endangered wildlife and wild places from extinction, and are working tirelessly 365 days a year to achieve this goal. Integral to this, is establishing new protected areas for conservation throughout Africa in the face of rapid urbanization. To achieve our ultimate goal (which is no small matter) requires the ongoing challenge of recruiting volunteers and raising much-needed funds and awareness on a global scale. We stretch every cent to make sure it is utilized in meaningful conservation operations.

Rapid action by wildlife veterinarians, pilots and conservation staff is so often crucial in saving the lives of our critically endangered species. 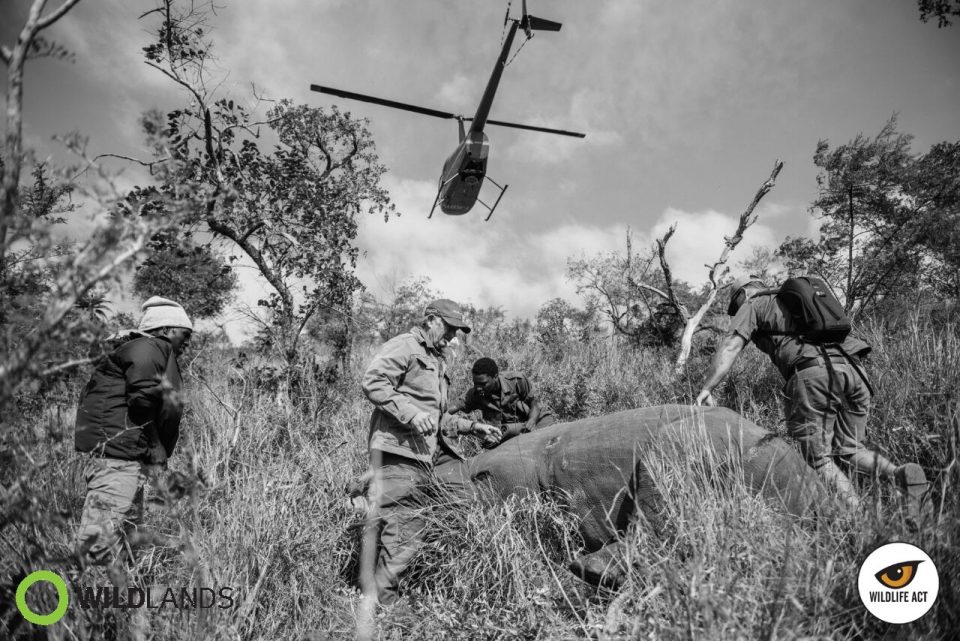 WHAT IS IT FOR?

The Emergency Respond Fund is a fund that allows an emergency response to African Wild Dogs and other endangered species (such as vultures and rhino), which have been snared, injured, dispersed, or broken out of a reserve. It allows for the payment of critical veterinary costs, the rapid retrieval of dispersing wild dogs using helicopters and vehicles (to prevent livestock loss and human-wildlife conflict) and the emergency retrieval of individuals in serious danger of being killed.

HOW DOES IT WORK? WHO MANAGES IT?

The Fund is managed through KZN-WAG and the Zululand Vulture Project by Wildlife ACT Fund to allow for simple efficient deployment once decisions are made. The decision makers are made up of the official entities from the respective projects, i.e. Wildlife ACT Fund, Wildlands Conservation Trust, Endangered Wildlife Trust and EKZN Wildlife. The process is meticulously recorded and reported on.

Being able to respond rapidly to injuries, snaring events, and break-outs will directly lead to the saving of multiple animals per year. It will also strengthen the trust between reserves and local communities and improve the tolerance of having predators on reserves. The unnecessary suffering of these endangered species, whether it’s a snared Wild Dog, an orphaned rhino, or poisoned vultures, will be alleviated, as vets and experienced personnel can react immediately. It has been proven to work and taken more than 50 years of experience and research to have reached this point where our endangered species can be given extra support to allow their populations to grow.

Southern Africa’s vulture populations are in serious decline. Of the five Savannah species found in Zululand, all are classified as either endangered or critically endangered. Current trends suggest that all breeding pairs of Lappet Faced and White Headed Vultures will be locally extinct by 2020. These birds are literally teetering on the edge of extinction.

HOW DO WE SAVE OUR VULTURES?

To aid in halting this decline, Wildlife ACT has teamed up with Ezemvelo KZN Wildlife and the Endangered Wildlife Trust to create the Annual Vulture Tagging Project in Zululand. The project endeavours to capture vultures throughout Zululand to attach identification tags and rings as well as collect important biological data. The identification tags and rings allow us to track vulture movements when the public report sightings. In addition to this, some vultures are fitted with high-tech GPS backpacks in order the gather more detailed data about their movement patterns.

HOW YOU CAN HELP

Aside from much-needed donor support, you can help this cause by reporting tagged vulture sightings. If you see a tagged vulture in Southern Africa, please record the identification number and species (if possible) along with the GPS (or physical) location. If you can, snap a photograph of the animal with the ID tag displayed. This information can be passed onto andreb@ewt.org.za or chris@wildlifeact.com. The more information we are able to accrue, the better equipped we will be able to understand the status of our vulture populations and improve our monitoring of this critically important species. 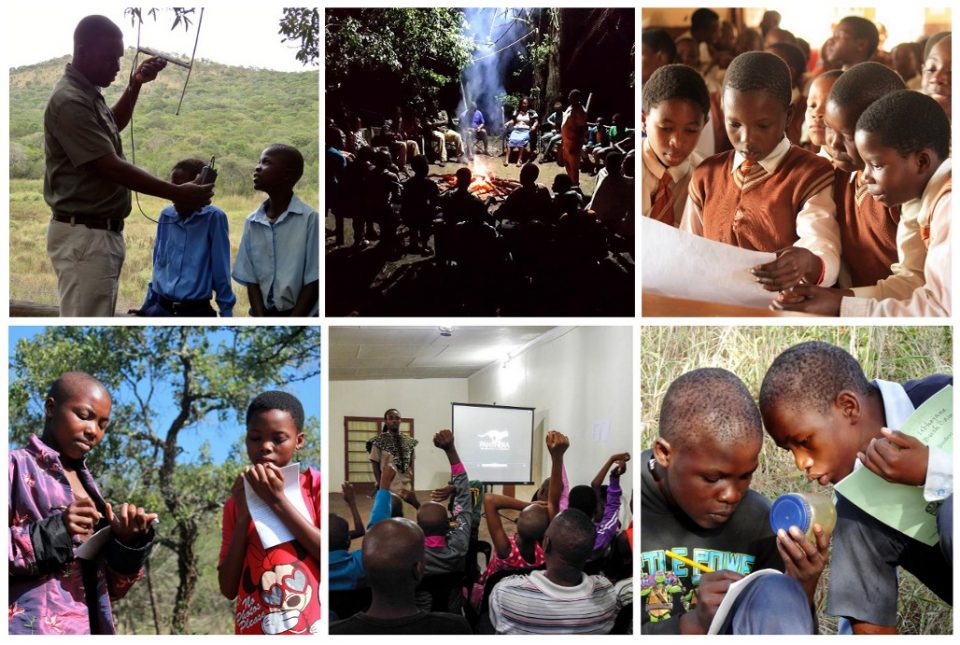 While anti-poaching and rhino rescue efforts are crucial to the immediate fight, the rhino war will ultimately be won through community education. When communities that live on the borders of rhino reserves understand why rhinos need to be conserved, how they can benefit from rhino conservation, and why poaching is unsustainable, a buffer zone of friendly forces is created around each rhino population, making poaching less and less likely, until one day poaching is a thing of the past.

WHAT DO CONTRIBUTIONS PAY FOR?

Over the years we have helped develop and improve anti-snare and tracking collar technology which are proving to be hugely successful. These collars can not only help monitors find individual animals on a daily basis, but also gives an animal trapped in a poacher’s snare a fighting chance of survival.

These specially reinforced and riveted collars (which cost roughly $600 each) can prevent the animal from choking to death, and also send out an emergency signal once a dog is stationary for an unnatural amount of time – giving monitors and rangers time to respond to an emergency. This means that a collar can literally save an animal’s life! Our hope is to collar each and every African Painted Dog in South Africa.

Why else do we need to collar and monitor African Wild Dogs? 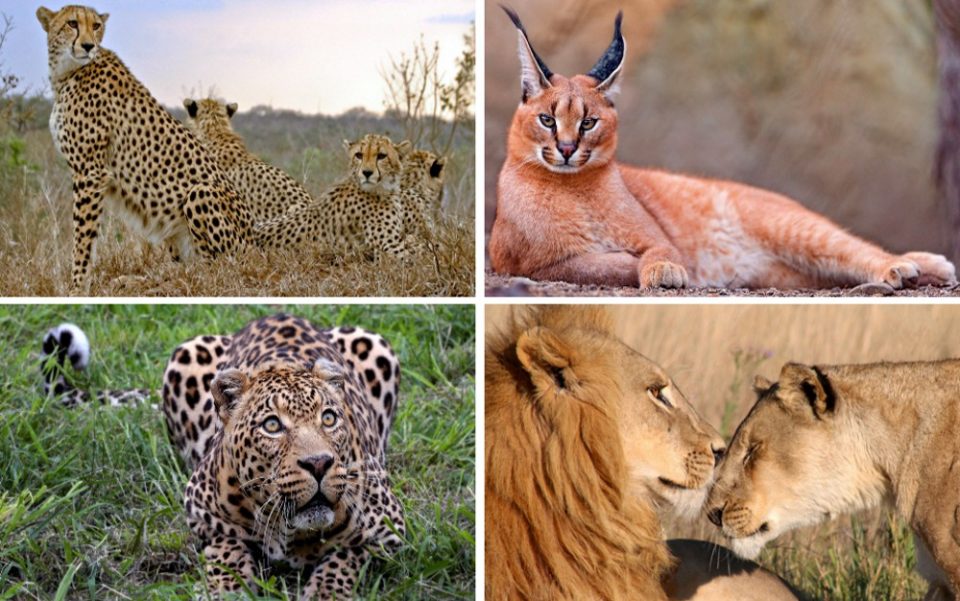 Our conservation work with Africa’s big cats that are under serious threat involves monitoring, studying, collaring, tracking and trans-locating Leopard, Lion, Cheetah and Caracal to ensure their protection. We are affiliated with the global big cat authority, Panthera, to conduct the largest leopard survey of its kind in the world and have been campaigning alongside Blood Lions and others to put a stop to canned hunting and the captive breeding of lion. We are monitoring important cheetah populations across multiple game reserves and are studying the behavioral ecology and genetic health of the urban Caracal. We monitor these species 365 days a year along with other endangered or priority species such as African Wild Dogs, Rhino and Elephant and Hyena.

Donations Instead of Gifts

Would you like to gift your loved ones with something more meaningful than a traditional present? We have had several requests from our supporters to create an option for their family and friends to gift donations on their behalf to Wildlife ACT, instead of Wedding/Christmas/Birthday gifts. 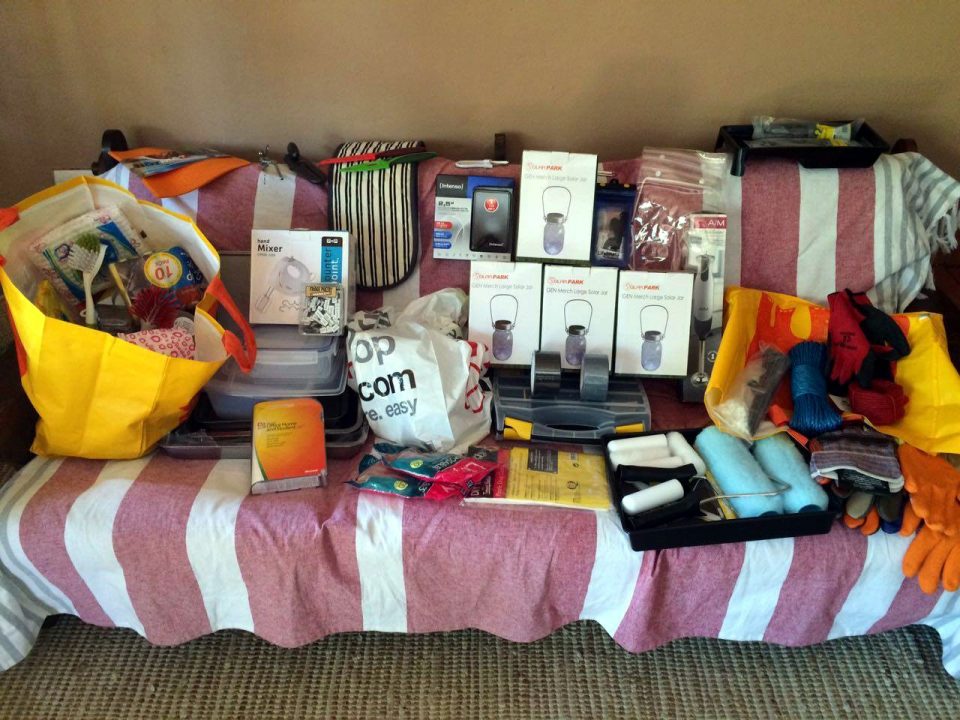 We are often asked by volunteers if they can bring anything along with them to further support the work our field teams are doing, or to make camp life more efficient. While our camps are already equipped to operate at full speed ahead, it is access to the shops that stock many of the items listed below that makes it difficult to replenish or upgrade our supplies.

Thank you as always to those generous souls who have brought items along with them time and time again. We honestly feel like we have the best supporters in the world. Our work would not be possible otherwise. Please see the Wildlife ACT Wishlist here to see exactly what each camp / project is in need of.