A recent 2 week cycle was a very special one for our iMfolozi volunteer group. They were fortunate enough to stumble across 3 male lions from the Wilderness Pride, whilst simultaneously watching the Bhejie Pack of wild dogs sleeping. Notes were taken on their behavior while pups were playing and adults were resting and others were feasting on a kill from the night before. 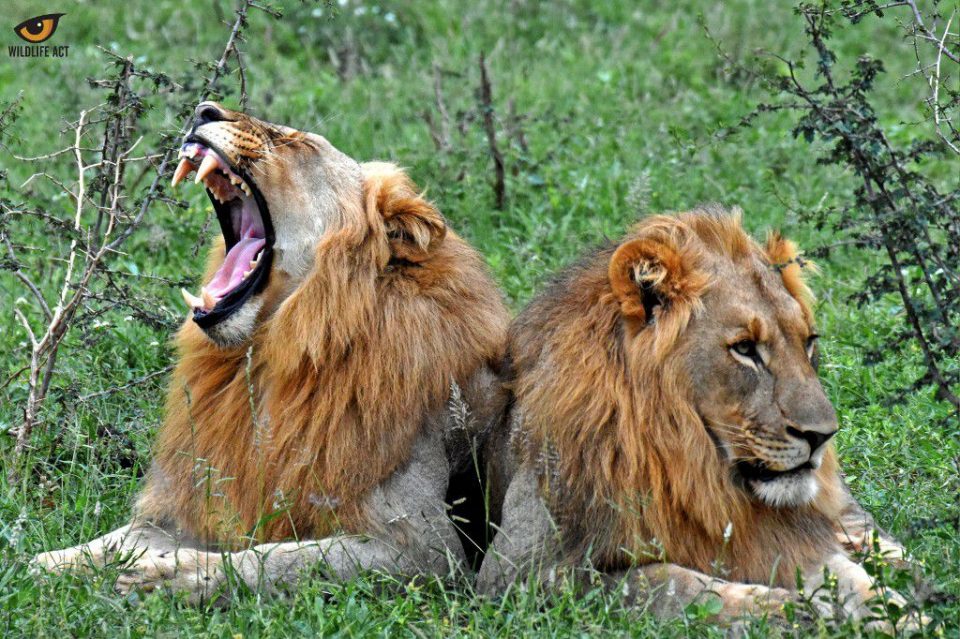 Then we heard it… a lion roaring. It sounded so close! We drove no more than 30 meters to find 3 of the largest, most impressive and intimidating looking lion brothers to date. We observed them marking their territory and hearing them roar, and not looking overly phased by our presence. It was wonderful recording data on their good health. These males also hadn’t been seen in a really long time.

Another day saw us tracking the Wilderness Pack of wild dogs. After triangulating them the night before, we headed to their last known location early the next day. Their signal was quickly picked up. We narrowed the location down to a hill, and as we were scanning, the silhouettes of an impala with 5 adult dogs close on its tail appeared before us!

The antelope was running for its life. The dogs leaped for it as it crossed the road. Right around the corner we found the dogs feasting on their fresh kill. Not only did we witness a successful wild dog hunt, but this was the most elusive of the 5 packs at iMfolozi. It was a wonderful moment in nature – something we had all only seen in documentaries. The hunting ability and precision that wild dogs have is second to none. 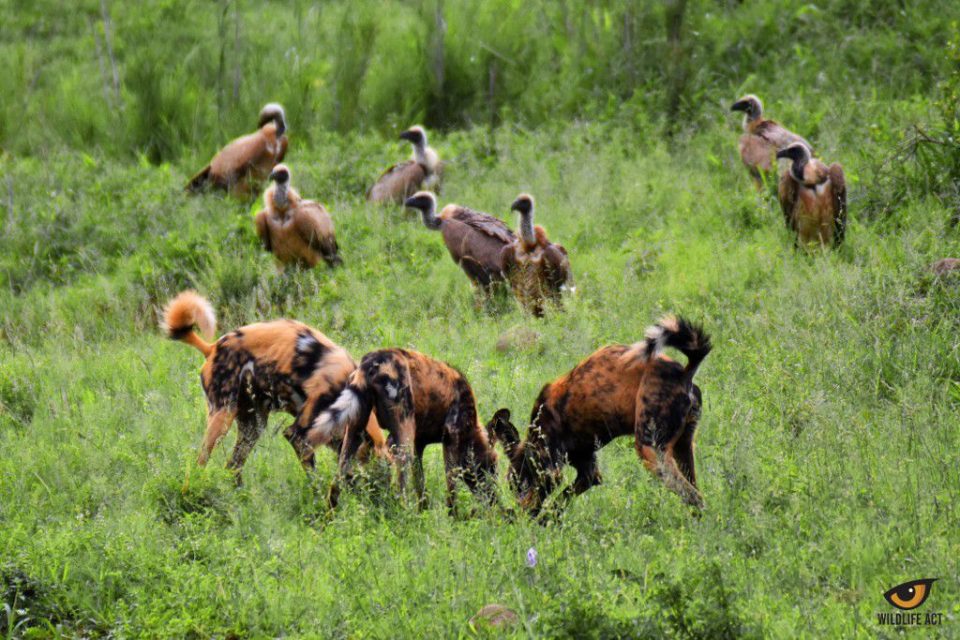 Just when we thought the morning couldn’t get any better, the alpha male disappeared and shortly returned with the pups! All 8 were looking healthy and very excited. Their twittering said it all. Not only that, but we counted 48 vultures over the space of two hours eagerly waiting for their share. The whole scene had us in a trance. It was a fantastic moment and will never to be forgotten… 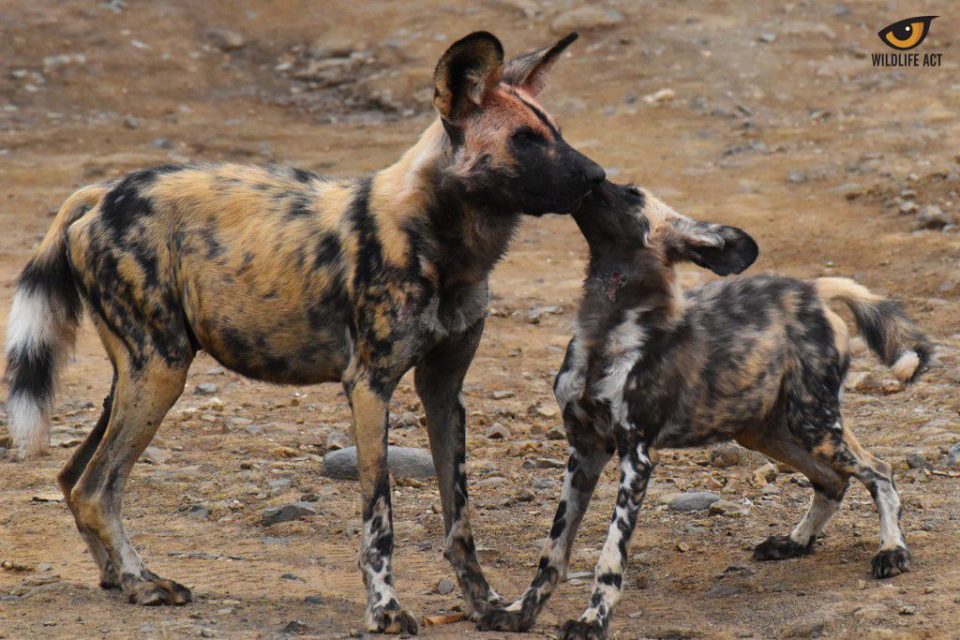 Next we had the opportunity of spending 2 nights in the Hluhluwe section of HiP to monitor another pack of wild dogs. We found all 5 to be relaxed and very curious of our presence – coming very close to the vehicle to get a better look at us. Unreal. Marumo Nene our monitor (who has the eyes of a hawk) was looking into the thicket on our left and suddenly exclaimed, “leopard!!” 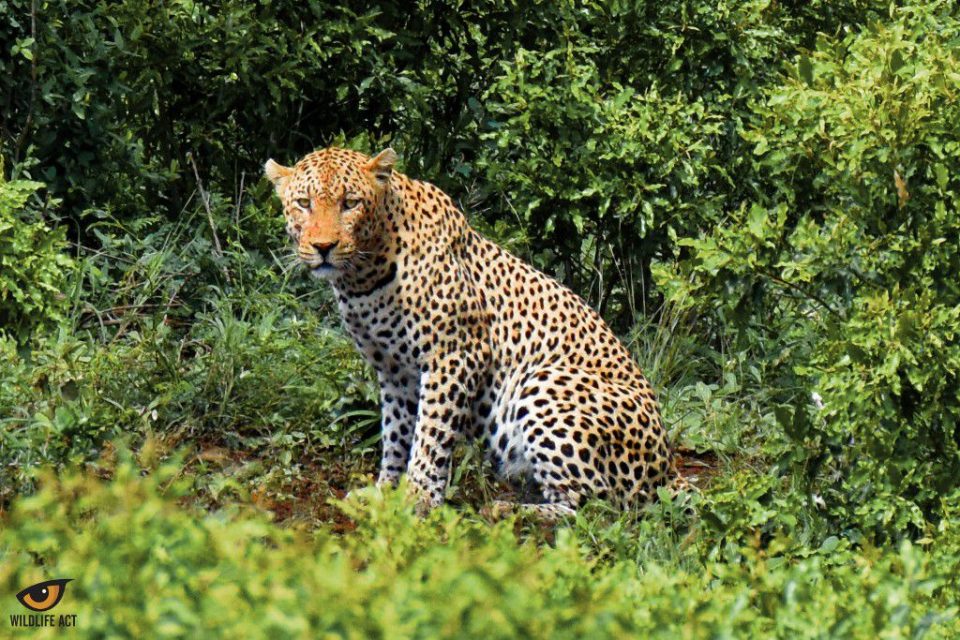 “What!? Where?? How far in?” Once we saw the distinctive rosettes we sat back and waited. We were nearby a heart-breaking scene of two poached rhino – and knew that these carcasses would attract predators… The male leopard came into the clearing and stared us down.

Vultures retreated into the skies and trees as soon as they saw him. He was so impressive and so relaxed around us. He continued to walk about and sniff the rhino carcasses and found a place in the shade to rest. This was by far one of the biggest highlights for this group of wildlife conservation volunteers. 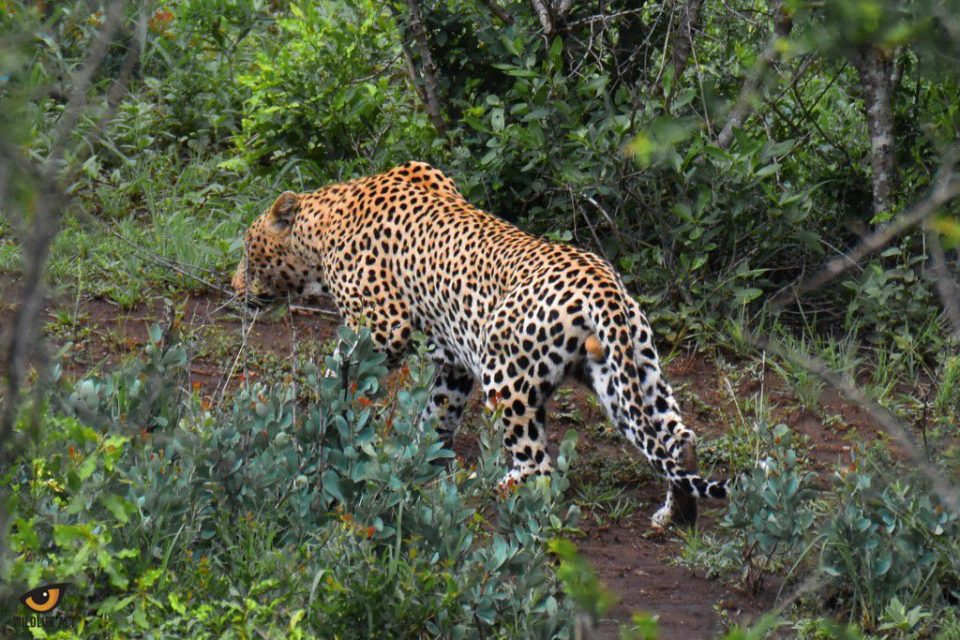 We have recorded data and had visuals of the “Magnificent 8” – Lion, Black Rhino, Leopard, Buffalo, Elephant, Wild Dogs, Cheetah and Spotted Hyena… We will be forever grateful to have had this opportunity to contribute to Wildlife ACT and all the great work that they do to protect these species.