Cheetah scent marking involves spraying urine and defecating on landmarks. It is often done by males competing for the best hunting grounds. Scent is one of the main communication channels among cheetahs. These sleek cats spend a considerable amount of their time smelling and depositing their own scent on previously marked places. This is most often on elevated points such as termite mounds or fallen trees. Such spots serve as ideal observational outlooks and act almost correspondingly to a status update of who is or has been in the area – a regular station for receiving and leaving olfactory information. 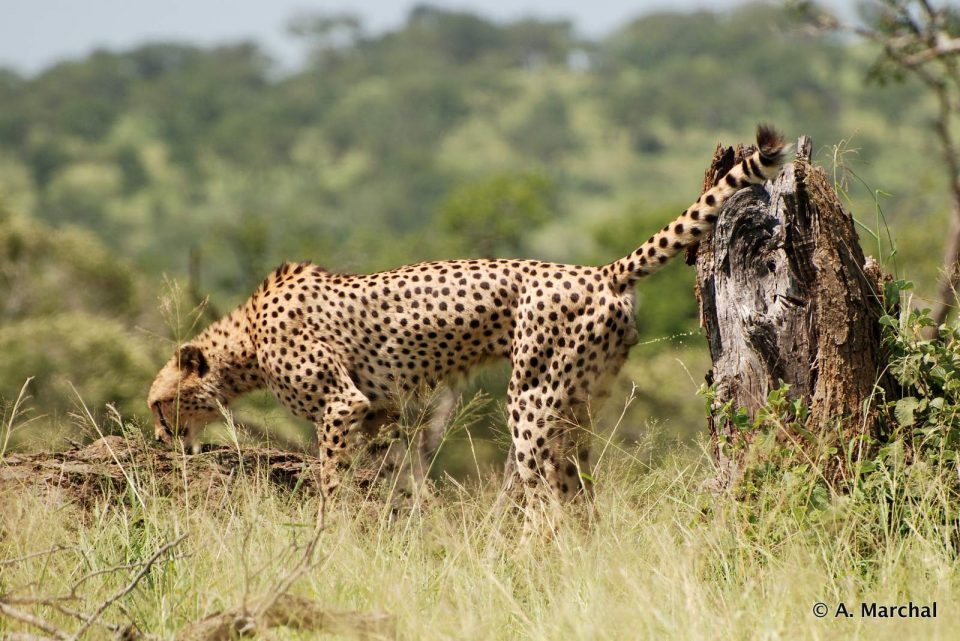 The unique chemical signature of cheetah scent marking indicates to competitors that a particular area is already occupied, and hopefully intimidate them. Scent marking is the main means of communication among cheetahs, which will spend time searching for and identifying alien scents and depositing their own.

On a reserve with vegetation such as the Zululand Rhino Reserve (ZRR) it can often be fairly challenging to spot these swift predators on a regular basis. In order to gather more information about the cheetah of the reserve, the Wildlife ACT team have been putting camera traps up facing trees or elevated areas that have been identified as specific cheetah scent marking or “lookout” points. 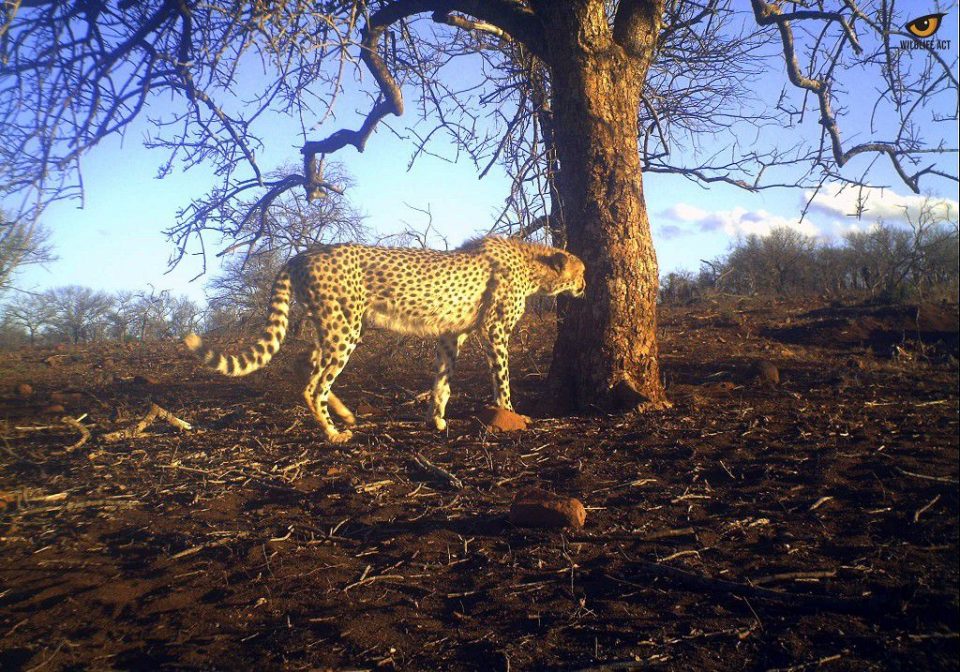 To our excitement we caught a coalition of 3 sub-adult males cheetah scent marking on a regularly visited tree as well as on an elevated rock along their commonly patrolled fence-line. Conservation volunteers help to check these camera traps on a weekly basis where these pictures can be used to aid reserve management in updating their ID kits and help identify the established home ranges/territories of the cheetah on the reserve. 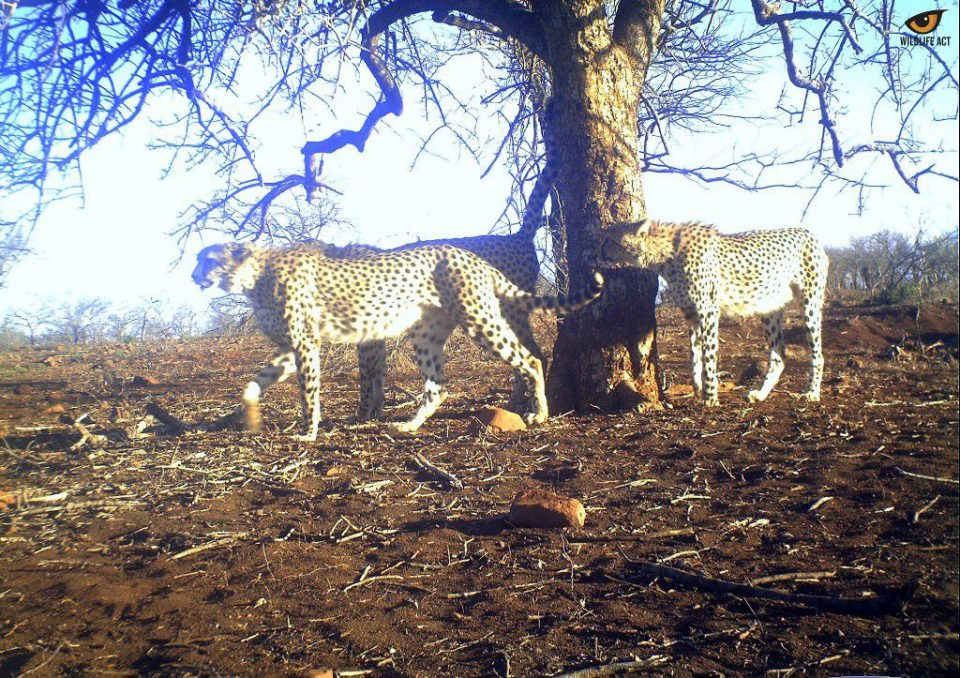