When African Wild Dogs make a kill, there are many other spectacles in the vicinity that provide much entertainment, besides the pack devouring their meal. Vultures are flying in, Hyena come prowling and if one looks around, more scenes may catch your eye…

One of the wildlife volunteers of the iMfolozi camp (South Africa) managed to snap this great picture of a Yellow-billed Kite (Milvus parasitus) trying to chase an immature pale-morph Tawny Eagle (Aquila rapax) from a tree.

Yellow-billed Kites are common summer visitors to Zululand, sizing up with a wingspan of approximately 55 cm. A mature Tawny Eagle, however, can easily spread its wings to 65-72 cm, making the Yellow-billed Kite seem rather under-prepared for battle.

This Kite probably dared to challenge the Tawny Eagle, because of its inexperience as an immature bird, or just due to the daredevil nature within it! For now, the Tawny eagle won the first round of this challenge, leaving the Kite to gather strength for another day. Both birds came off second best though, as the wild dogs had already finished their kill before either could get a scrap to snack on. 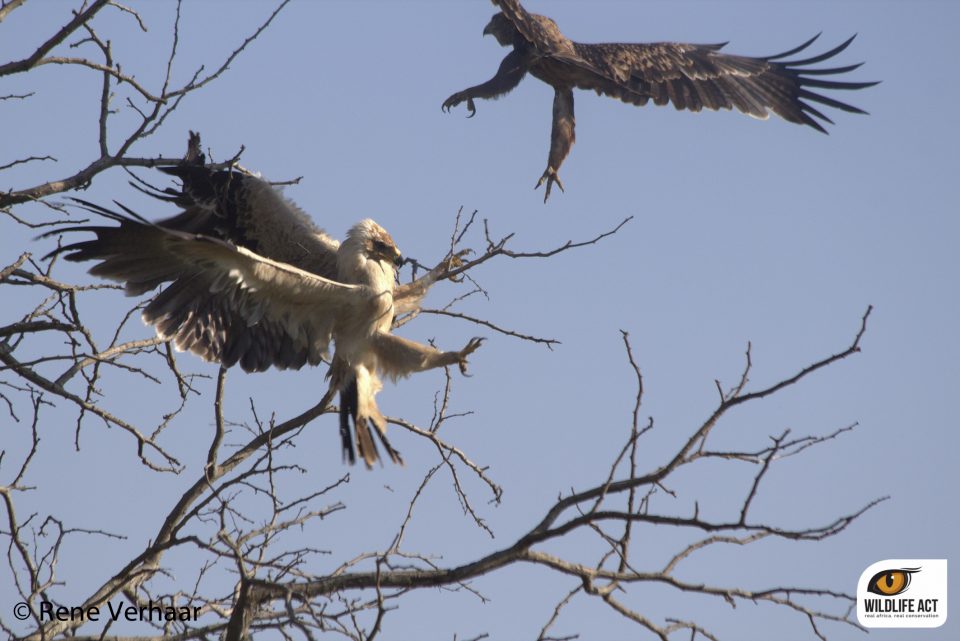