Poaching, for some, is a way of life and continues to threaten our endangered wildlife. In the last 6 months, in KwaZulu-Natal (KZN) 17 African Wild Dogs have been caught in poachers’ snares. This brings the total up to 46 individuals in just 3.5 years. But thanks to close monitoring and the Emergency Response Fund, 31 of these 45 wild dogs have been saved (and obviously many, many more prevented from being caught). The majority of the individuals lost were caught in the more remote areas, so detection was slower, and some of these sadly died later from their wounds. 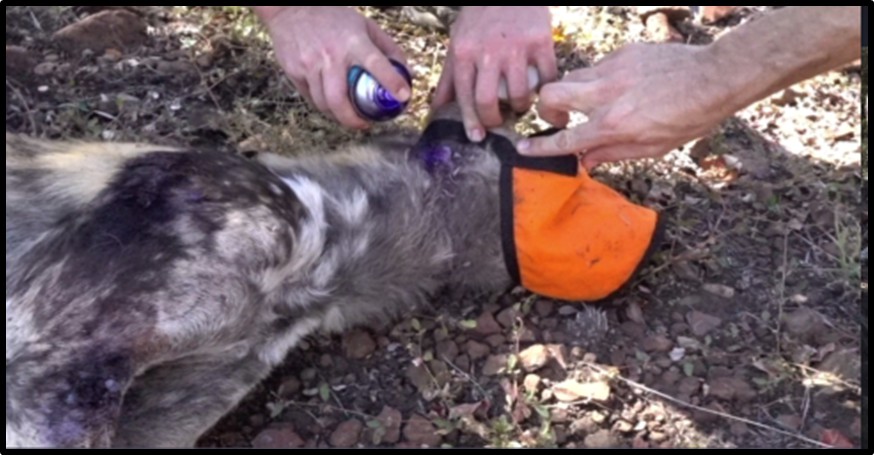 Last week in Zululand, yet another Wild Dog was saved. This young male got caught in a wire snare and managed to break free, but the snare had already tightened around its neck and had cut deep into its flesh. Thanks to the monitoring team and the Emergency Response Fund, the injured Wild Dog was located and immobilized. The snare was cut free and the wound quickly treated before it was released to rejoin its pack members. News from the monitoring team is that he has recovered well and looking strong again!

There are less than 5000 African Wild Dogs left in the world, possibly even as few as 3000, compared to the 20,000 rhino left (not to detract from the current rhino crisis). Wildlife ACT strives to save this endangered species from extinction. Please support us and the Emergency Response Fund to help make this possible.