It hasn’t been an easy year for the Tembe African Wild Dog pack as conflict with Lions appeared to force the pack outside the park and into community lands. This is not ideal as the delicate relationship between those outside the reserve and the park itself is an extremely important matter. 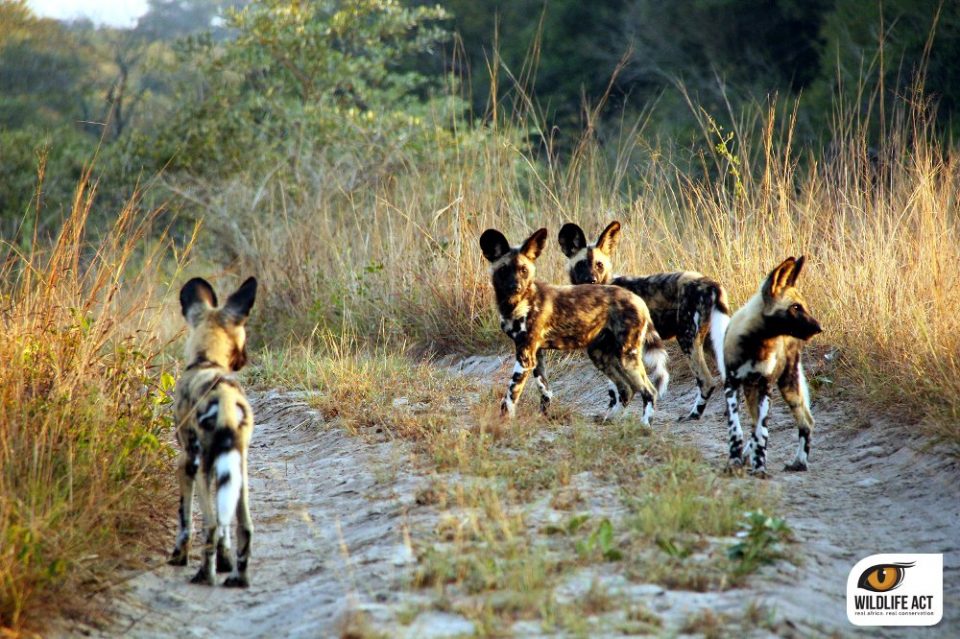 We responded by trying to call the pack back into the reserve. As dogs do, they decided to rather move north and into Mozambique. This was an even worse scenario as we have no control of events there and one particular section has a very high number of snares laid out. When the pack finally returned to Tembe, it was without one of the yearlings and two other dogs were badly snared including the alpha male. 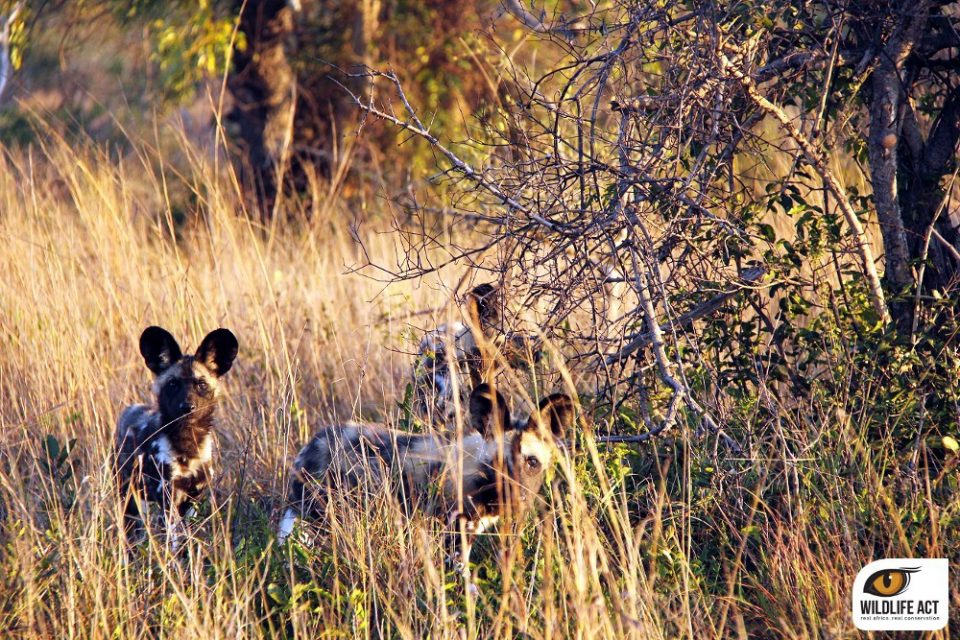 Luckily the dogs decided to den inside the reserve on the northern boundary, which gave us the opportunity to dart those that needed work done. We removed the snare from the alpha male and the one yearling. We managed to re-collar the alpha male with an anti-snare collar provided by Wildlife ACT. This has proven very successful in giving the dogs a fighting chance when caught in a snare. We also replaced a malfunctioning collar on Clarke – which was anti-snare too from Wildlife ACT. 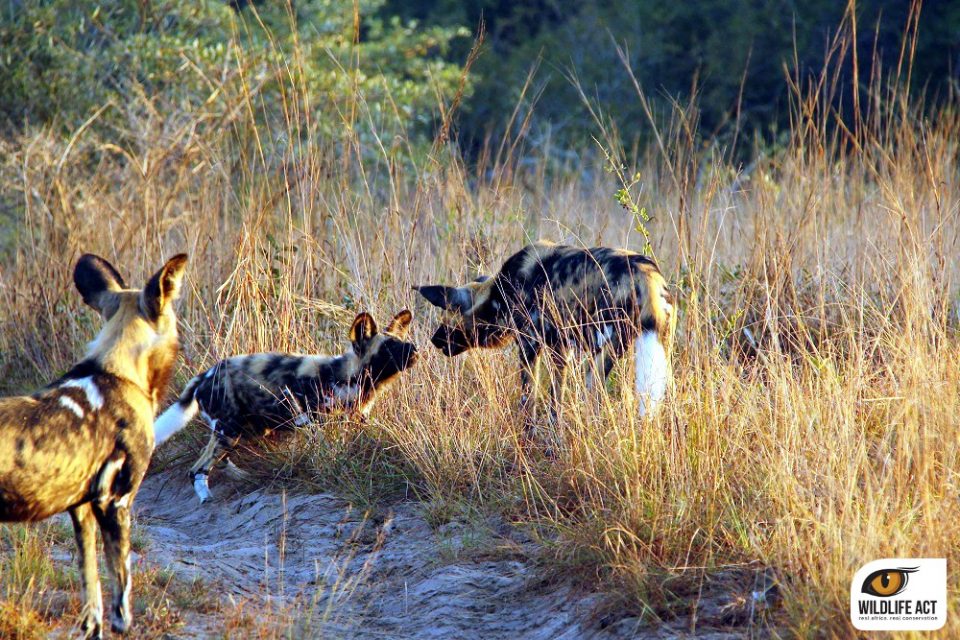 We were blessed to see that Poofy had had four of the cutest pups. African Wild Dogs can amaze one. To see the joy and genuine happiness they get from being in each others company and despite life throwing them so many curve balls – they truly are happy animals. 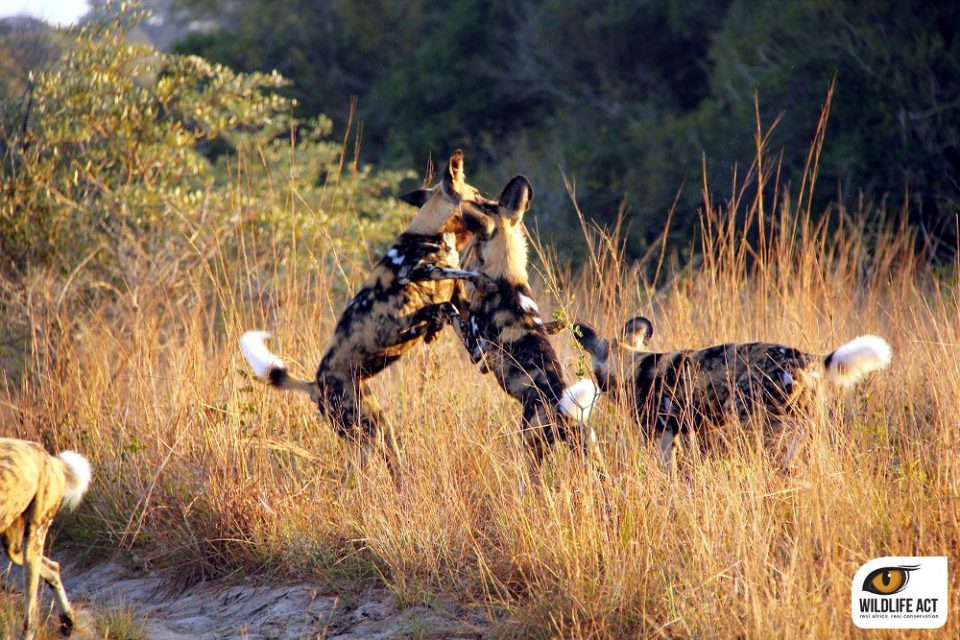 Once the pups were a little larger they returned to Mozambique (which is free of Lions) and appeared to avoid the high snare area, but recently the entire pack returned to Tembe. Yet we found that two more dogs, Cilla and Cass, had been snared, and Cooper was missing. 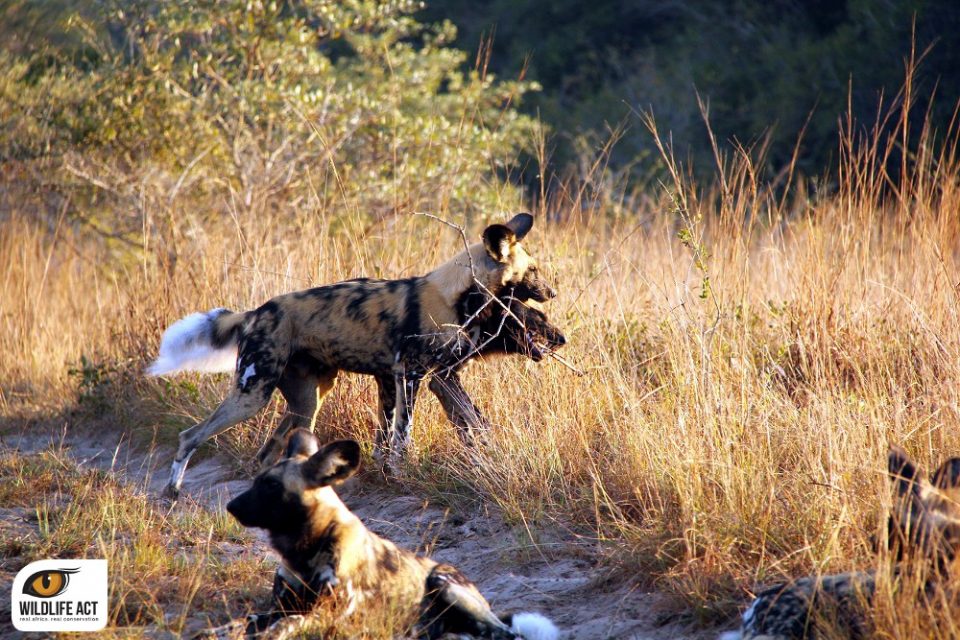 The snares on the two female dogs appear to be off – and they are moving much more freely and we are monitoring them closely to ensure they remain pain-free and heal well.

So despite so many ups and downs – the Tembe Wild Dog pack remains healthy, are breeding, and are still full of play and forever awe-inspiring to watch!

Text by Clinton Wright
All photos by Andreas Schneider

Why are African Wild Dogs so Endangered?

>> Help us rescue wild dogs & other endangered animals from snares <<