Wildlife ACT in partnership with Panthera, Ezemvelo KZN Wildlife and Isimangaliso Park Authority are currently conducting the province wide leopard survey in Ithala Game Reserve, South Africa. We monitor the leopard population by setting up equidistant camera stations throughout Ithala. In addition to leopards, these cameras provide valuable information on other endangered species. The mysterious brown hyena is one of these special animals. 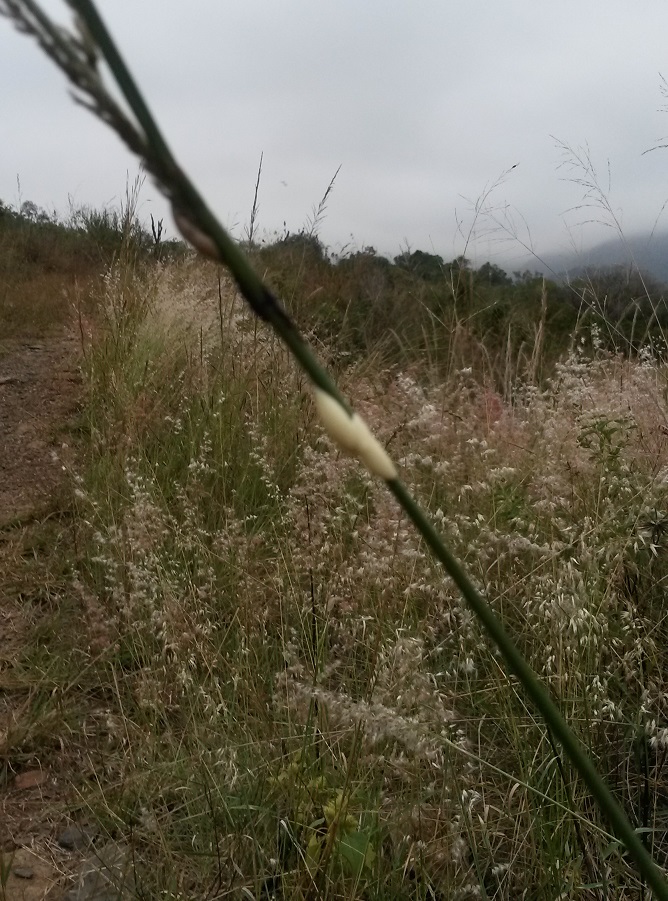 You will notice in the photo that there are two components to this scent marking. The first is a white paste, which has a long lasting odour. They use this to communicate with other brown hyena clans in the area that this is their territory, so stay away in order to avoid conflict. The second is a darker almost black paste which has a short term odour. This is used to communicate among the hyena’s own clan members, to indicate when last they moved through the area looking for food.

As brown hyenas are predominantly scavengers and move around to do this individually, they need to let the other members of their clan know that they have already checked the area for food and would have consumed whatever sources were available. Thus they should check uncovered areas instead to have a better chance of finding food. 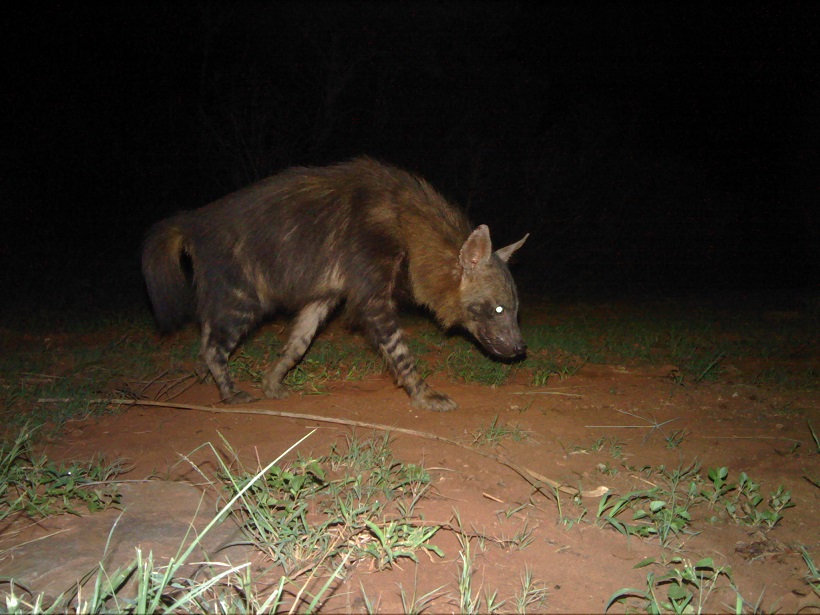 This form of communication is different to their better-known relative the spotted hyena. The spotted hyena only uses the one long lasting white pasting to communicate territorial boundaries with other clans. Using the characteristic ‘whooping’ call instead, to stay in contact with members of their own clan.

The brown hyena is definitely the quieter and scarcer of the two hyenas and it was exciting to find evidence of them in Ithala Game Reserve.