The introduction of lions has caused great excitement in the uMkhuze Game Reserve section of the iSimangaliso Wetland Park in South Africa. The “king of the jungle” certainly makes its presence felt. Several months ago, one would arrive at the tower (a platform for signal checks) at the crack of dawn to hear the birds chattering and hyenas calling in the distance. Now, the distant roar of the lions rattles through your bones, as the powerful sound echos through the valley. It’s a given that these cats are lazy animals and at times can be tiresome to monitor, but one cannot deny their dominance over the reserve. There are also considerable ecological contributions that these animals bring to the park. One example is the vulture sightings we have had recently in the park. In the last week, the volunteers have been lucky enough to see three sightings of up to fifty vultures each time.

This conservation volunteer remembers her first encounter with the lions… 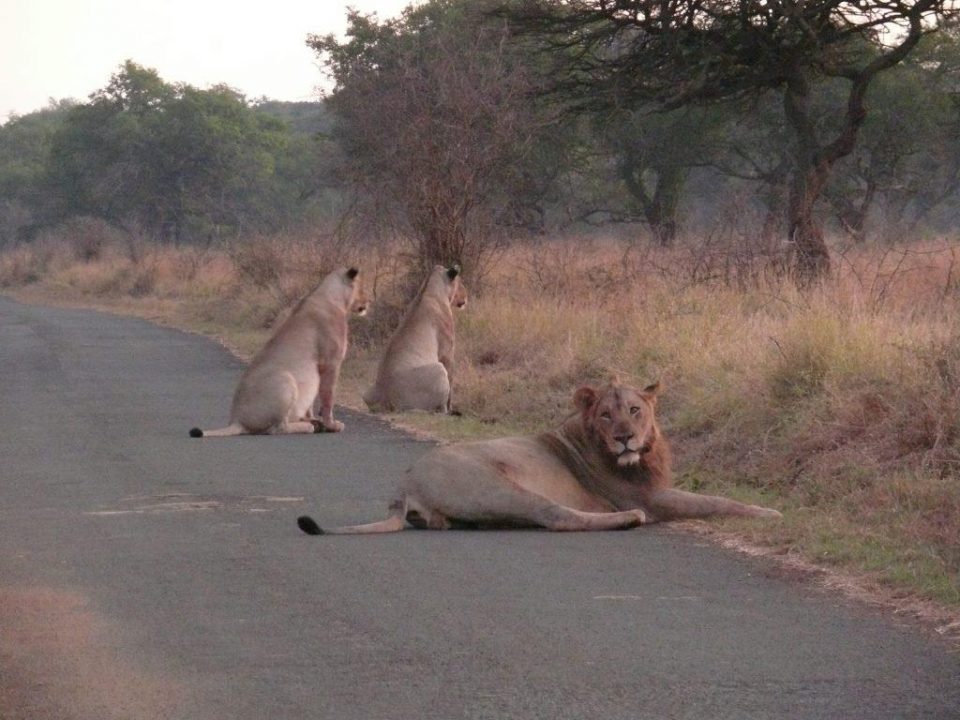 How would you feel to sit on the back of an open vehicle in the dark with four full grown lions walking by, only about ten meters away. Walking slowly and occasionally turning their heads towards you. Then stopping, standing still and looking at you again, just wondering what to do with the situation. Yes, the four of us who had arrived in the uMkhuze section of iSimangaliso two days previously, were holding our breath and sitting completely still. Barely breathing, we were touched, excited and humbled by this beautiful encounter. And yes, I was also a bit relieved when the lions finally decided to continue on their way, in the opposite direction to our vehicle. 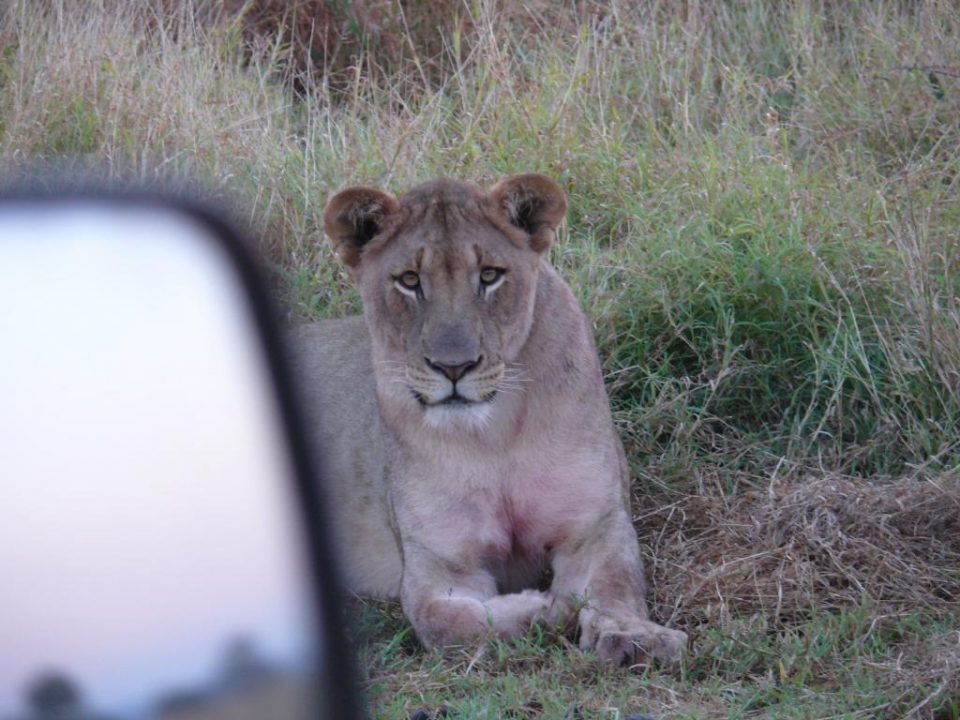 The pride we met consists of one adult lioness and her two-year-old cubs: one son and two daughters, one of which was very curious about us in the car. At the beginning of 2014, these lions were moved from Tembe Elephant Park, where the strong lion population is also monitored by Wildlife ACT, to uMkhuze which is also home to a coalition of two male lions introduced in February 2014. We were lucky enough to see these beautiful male lions on the morning of that same day. 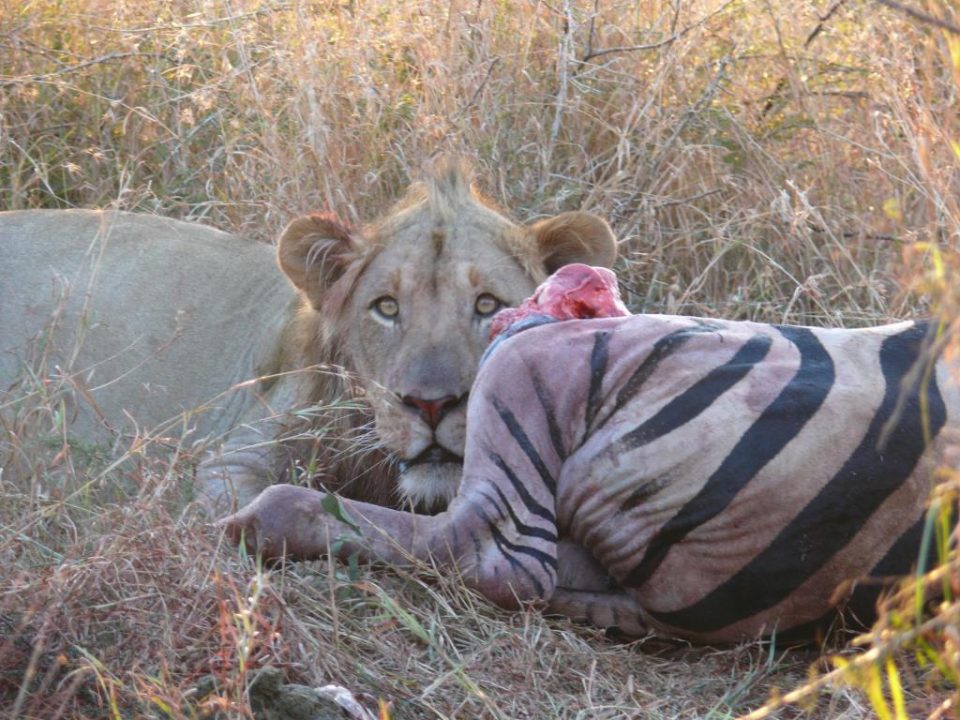 Our wildlife monitor Cole Du Plessis explained that we have to keep the lions under close monitoring for the first six months, to ensure that they settle well in their new kingdom and to make sure that they don’t leave the reserve. Thus we have to receive their radio signal every day and see them at least once a week. We were just lucky to meet all of them in one day – even if it was as close as I wouldn’t have dared to imagine – breathtakingly close. 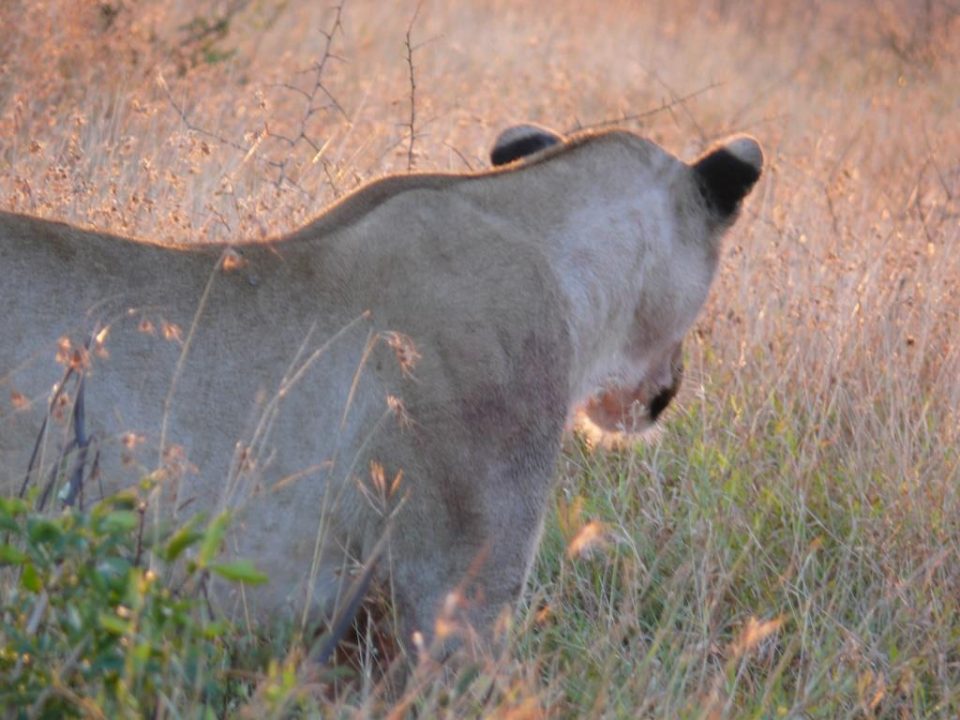 That is a sight I will never forget and I will forever have tremendous respect for the lions of the uMkhuze section, iSimangaliso Wetland Park.