1. Tell us something about your childhood?

Any activity outside would bring me satisfaction, even if it wasn’t in the bush, it could have been fishing, motorbike riding, climbing a tree, surfing, golf or taking my dogs for a walk on the beach. Quite honestly, nothing has changed and I guess I am therefore I’m still a kid at heart and proud of it.

Last year I completed my honors in Environmental Water Management at Rhodes University. I was lucky enough to study the elephants of the Okavango Delta and look into how water fluctuations would alter their movement. It proved to be an exciting topic to study and allowed me to spend time in the Delta while my friends back at varsity were attempting to balance numbers or learn Shakespearian poems. Let’s just say that I did not envy them!

3. When did you decide that you wanted to work with wildlife?

I guess I was just born with a passion for the wild. Growing up, I had a friend whose dad worked for the Natal Parks Board in northern Natal. This gave me great opportunities helping birds and animals across the board. The feeling of reward that I got from doing that kind of work became an addiction that I couldn’t ignore. At the age of 16 I filled my addiction by buying my first camera trap. I have lived with the love of wildlife for as long as I can remember. 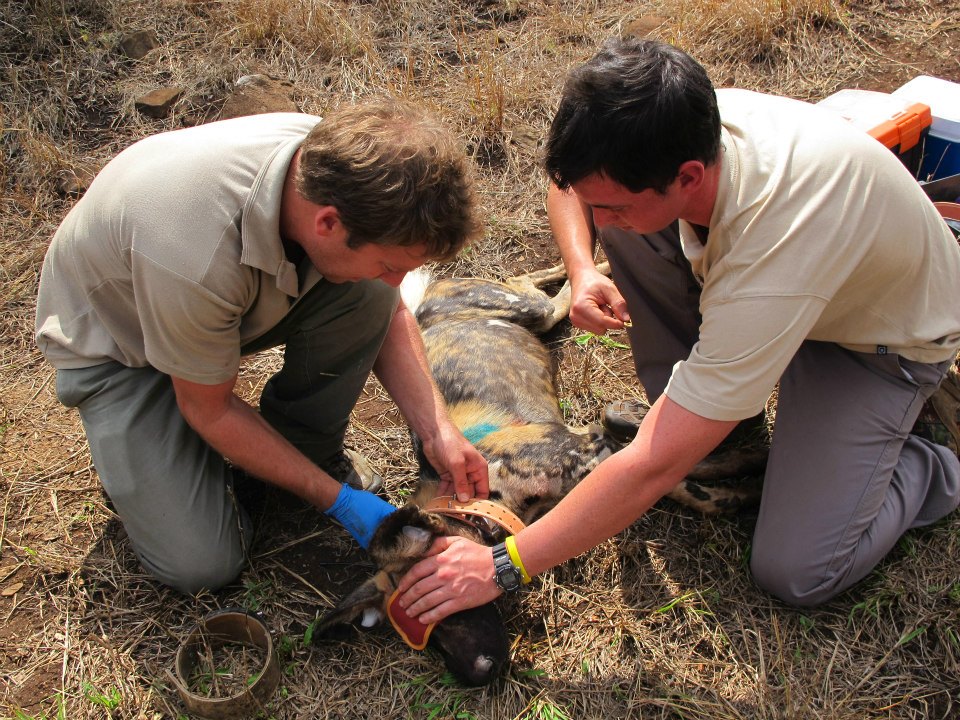 4. Where were you and what were you doing before you joined Wildlife ACT?

After university, I started with doing my Level One Game Ranging in the greater Kruger National Park. I then did my trails course in Zululand, followed by a wildlife photography course and 4×4 course. I was living the life but now I’m living my dream!

5. What made you decide to work for Wildlife ACT?

Monitoring animals, meeting new conservation volunteers, living in the bush, contributing to conservation – the list can go on forever. Lucky for me, I met a previous monitor through dong my trails course and he told me all about the job and it didn’t take him long to convince me!

6. Why do you like Mkhuze Game Reserve in particular?

I like it because it’s the best reserve in Zululand. No, I’m joking, but it really is! Apart from its diversity of animals, natural beauty and a well-kept secret, Zululand reserves fight a day-to-day battle with poaching and snares. For some this would create a mental block of these reserves, but for me, I see it as a challenge and am determined in rising up to the challenge and ensuring our painted dogs and other species are safe on a daily basis. 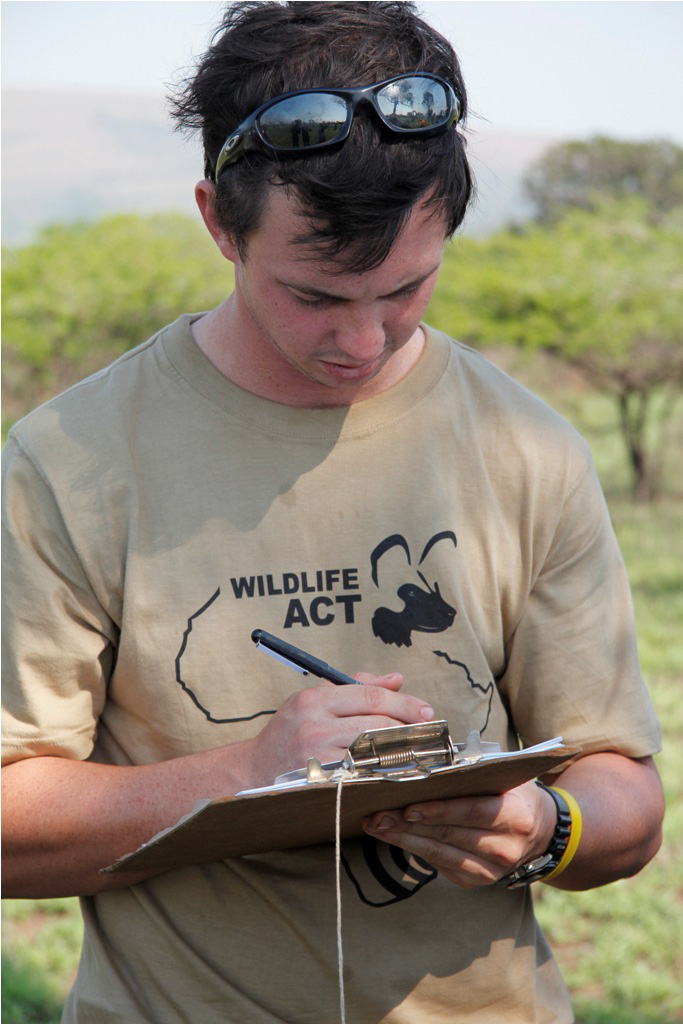 7. What do you love the most about your job?

The nature of the bush and the challenges it throws at you. Whether we’re called upon to help remove a snare, tag vultures or get a vehicle out of the mud – one never knows what’s going to happen next. It keeps the job fresh and exciting. Tonight we saw a porcupine, last night we saw a baby hyena and the night before a leopard crossed the road in front of us. Who knows what we will see or do tomorrow?

8. What has been your most memorable ‘conservation moment’? Why?

Mkhuze Game Reserve has already given me a few memorable ones. My highlight is when Kevin Emslie and I assisted with a Wild Dog who had a snare around her neck. She’d already been darted and her wounds had been treated so Kevin and I were asked to monitor her condition late into the night. When I took a closer look, I realised how swollen her head was and how deep the wire had cut into her neck. At 23:30 that evening, she woke up and the rest of the pack got up to greet her, almost to say ‘welcome back old friend – we were watching you all along’. The next morning, much to my surprise, she was hunting and running after an impala. Today, she still holds a special spot in my heart and her courage and strength I found to be inspirational. I feel honoured to be part of giving this Wild Dog another chance. 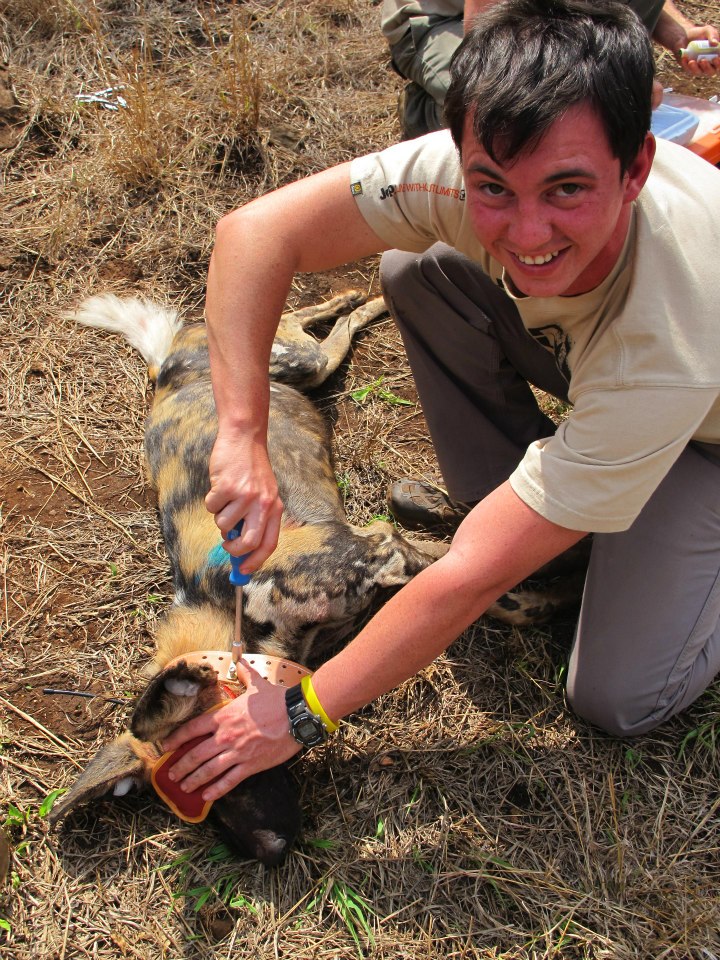 Cole assisting with a Wild Dog collaring in Zululand.

9. What is the craziest thing you’ve ever done in your life?

I would have to say ski-diving. I suppose it’s not the most original thing but gee-whiskers, it was crazy! When I was in the plane, the instructor told me that he forgotten one of the bolts that attached him to me. As if I wasn’t scared enough! Anyway by ‘crazy’, if you mean fun and stupid at the same time, then I would definitely say it’s the craziest thing I have ever done!

10. If you won R20 million in the lottery, what would you do with the money?

It has always been a dream of mine and my brother’s to own a game reserve and put as many Wild Dogs on it as possible. Money or no money, I believe that support and knowledge can go a long way in aiding conservation. I feel Wild Dogs deserve their 15 minutes of fame. If I had R20 million, I would definitely put quite a lot aside and push Wild Dog preservation.

11. Who is your role model in terms of conservation? Why?

The two brothers, Dennis and Chris Kelly. To me, they are the reason why the reserve is doing so well and the fact that they are up day after day fighting the fight and the way they continue to put the animals before themselves is inspirational. Two weeks ago when one of our Wild Dogs was snared, Kevin Emslie and I were sitting with her waiting for help to arrive. In no time, Dennis and Chris were there in full force, ready and calm to deal with the situation. Call it cheesy, but seeing their vehicle coming around the corner gave me goose-bumps because I knew everything would be ok. I can honestly say I feel humbled and privileged to be able to work with these guys. They are the real deal. 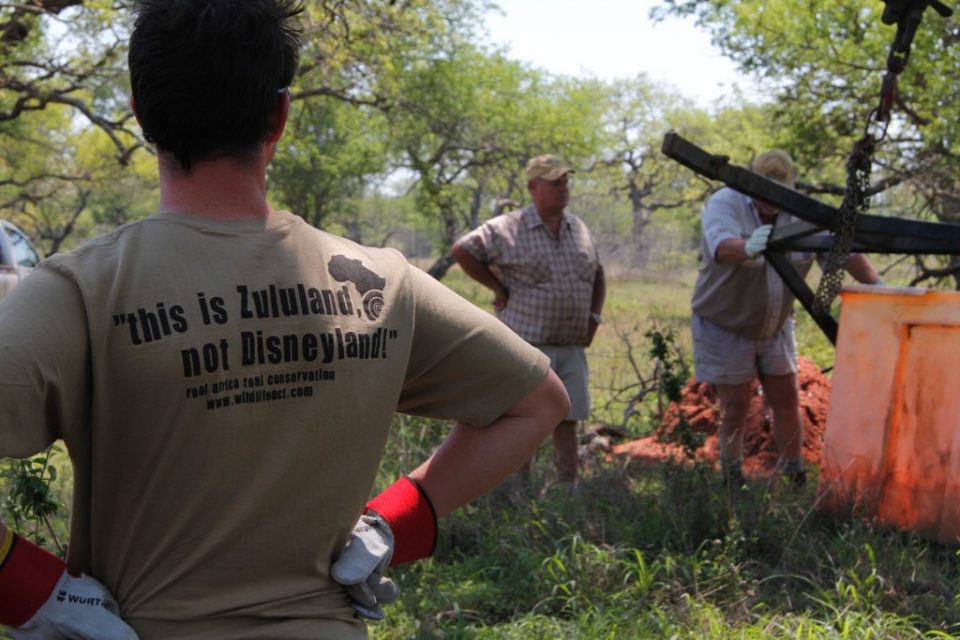 This is Zululand, not Disneyland!