Wildlife ACT is assisting with the Panthera Leopard Survey again. This involves field work for a number of leopard camera surveys in Zululand, South Africa, during this year, each one with a duration of approximately two months.

The first of the leopard surveys has just got underway in Somkhanda Game Reserve (which is community-owned) and some of its neighbouring properties. The first group of Wildlife ACT conservation volunteers at Somkhanda assisted with setting up the survey, which comprises 40 sites (with two cameras at each) covering an area of 229 km². Until the end of March, each of these 40 camera sites needs to be checked at least once a week – the batteries are changed, the data is downloaded for analysis, the surrounding vegetation is trimmed (to prevent it from covering the camera lens), and the cameras are checked for any damage or faults.

This sounds perfectly simple, and can be … unless you live and work in the South African bush (in which case all sorts of unexpected challenges arise)! As you can see from the few challenges the conservation volunteers and Cathy Hue were faced with in the last two weeks, camera research in the field is anything but boring! Disappearing roads, being stuck in clay mud, punctures and more punctures, being attacked by trees with lots of thorns – “This is Zululand, not Disneyland”!

Of course these challenges are merely part of everyday life in Zululand. The rewards for working out in the bush far outweigh any of the challenges posed. The amazing animals, the breath-taking vistas, the beautiful weather, the friendships formed and the unforgettable moments experienced! 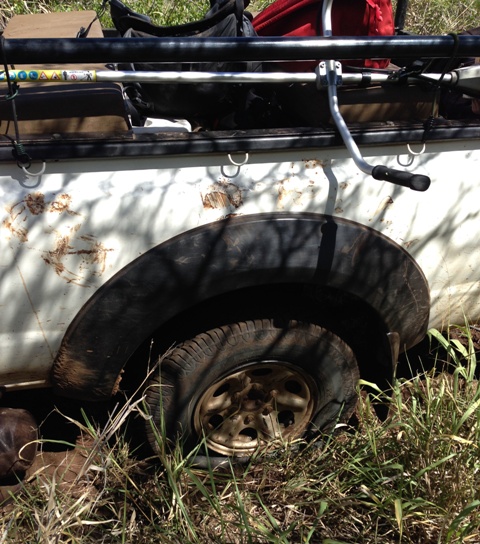 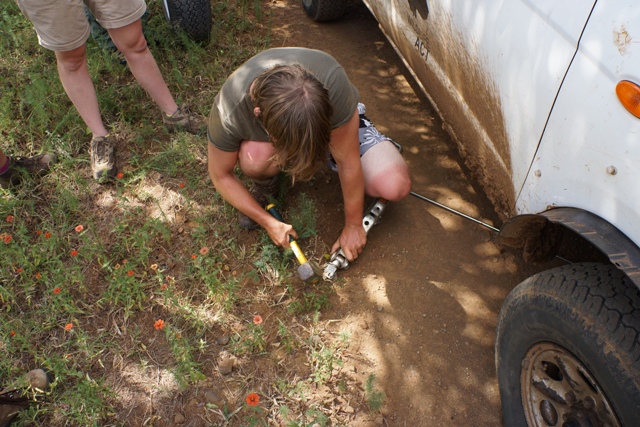 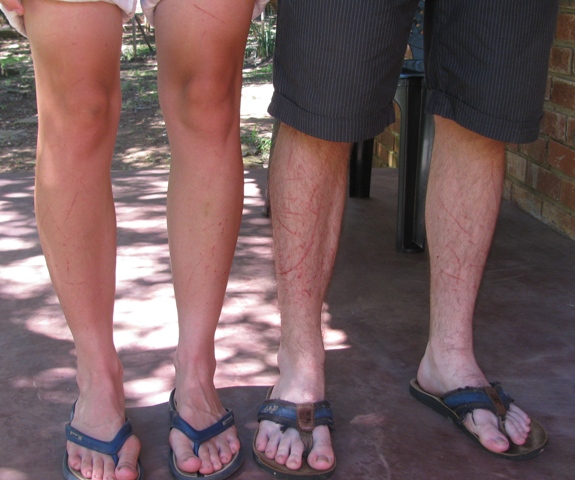 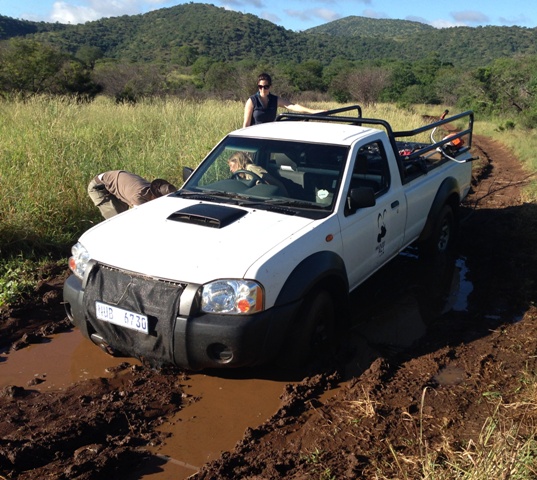 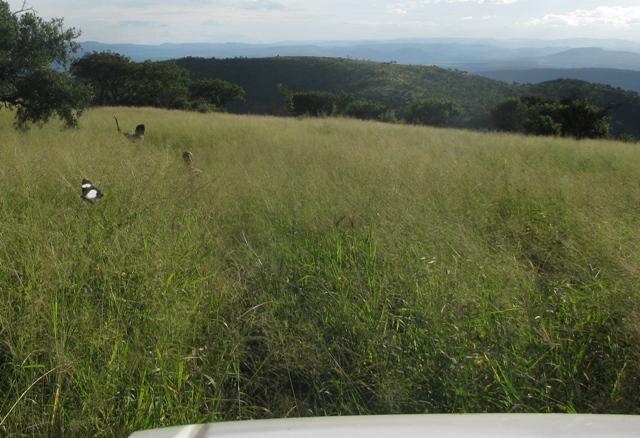 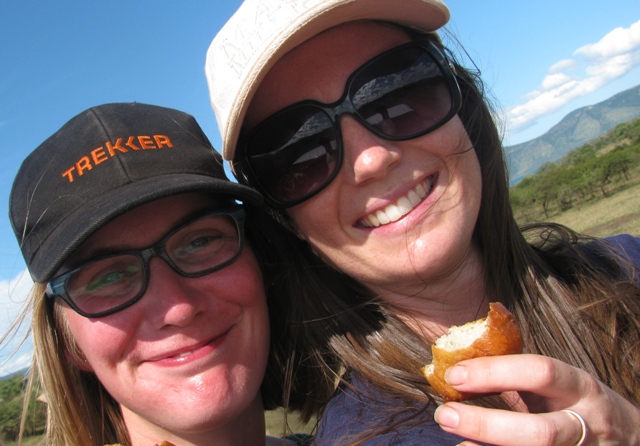 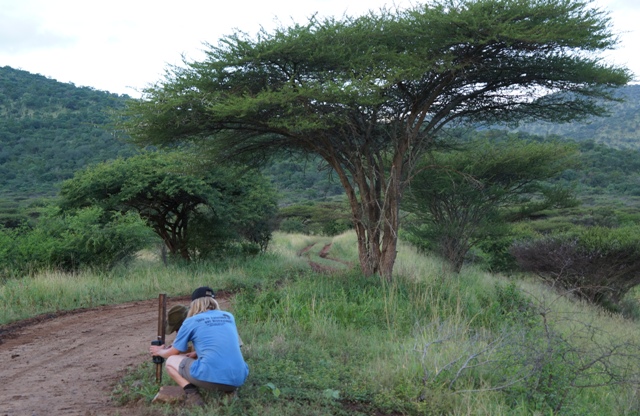 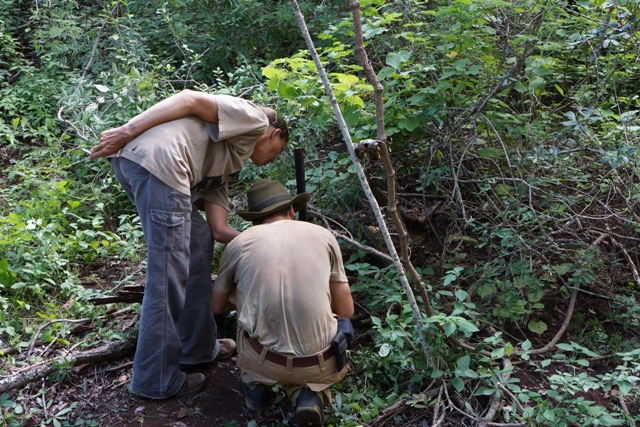 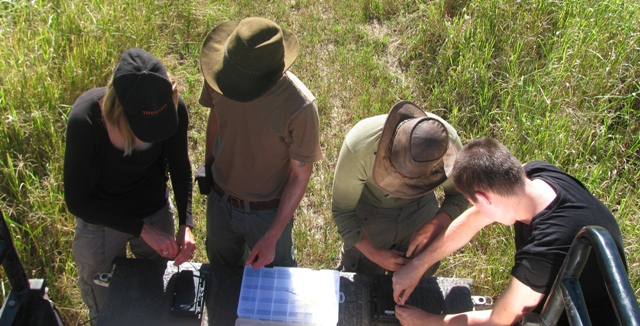 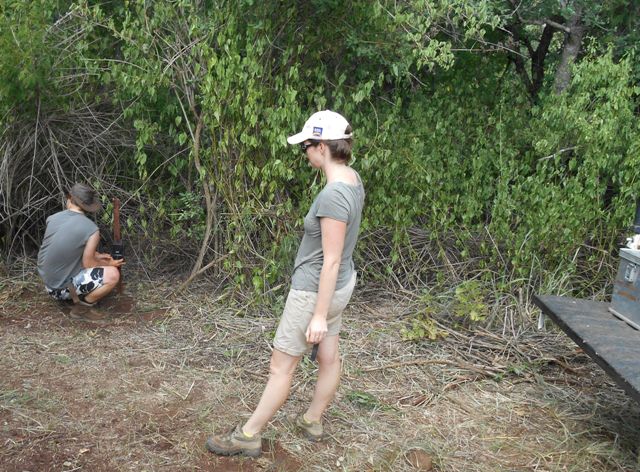 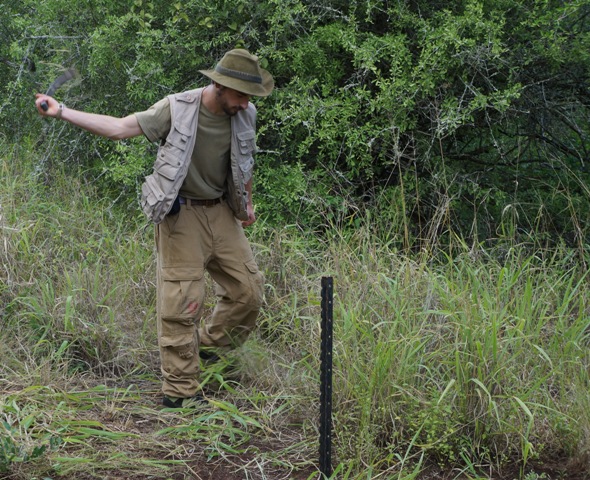 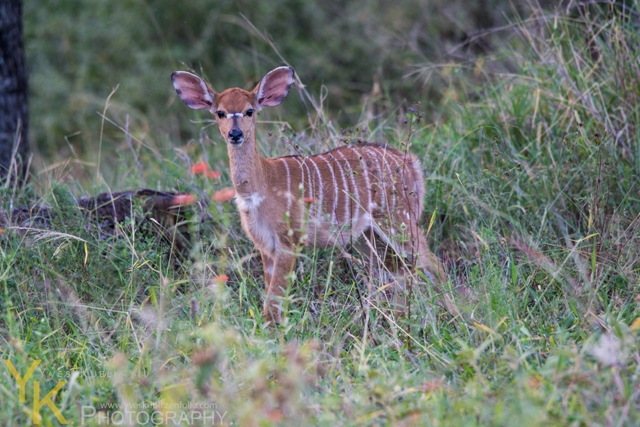 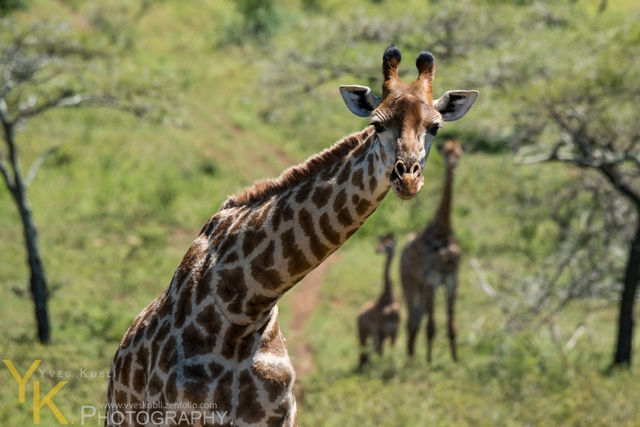 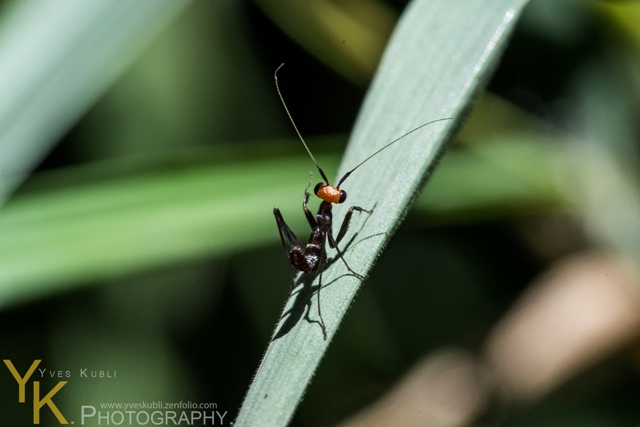 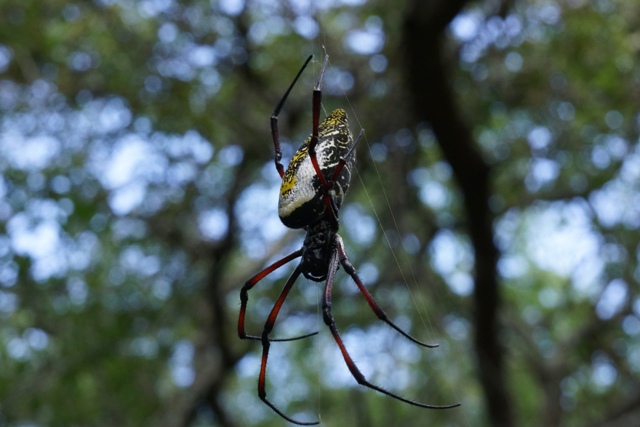 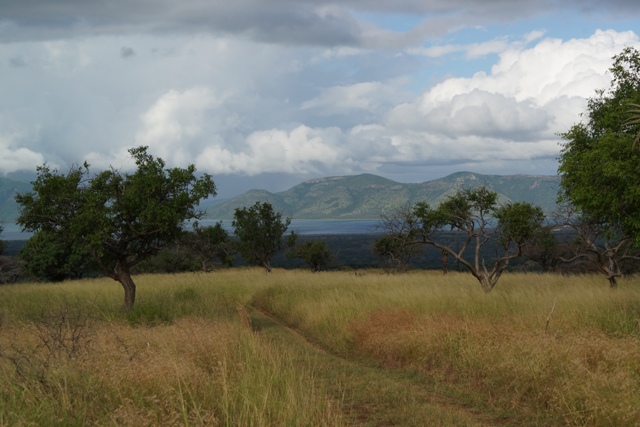 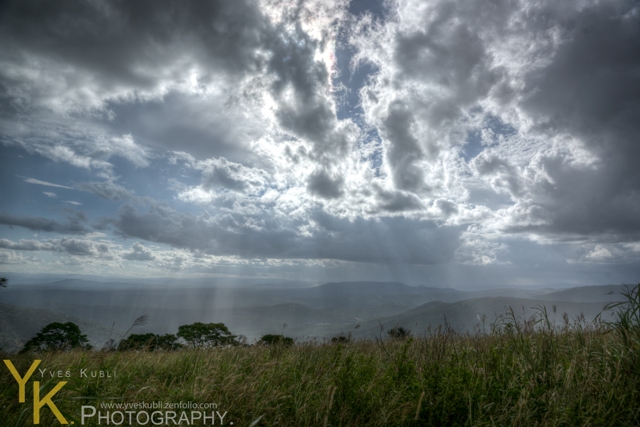 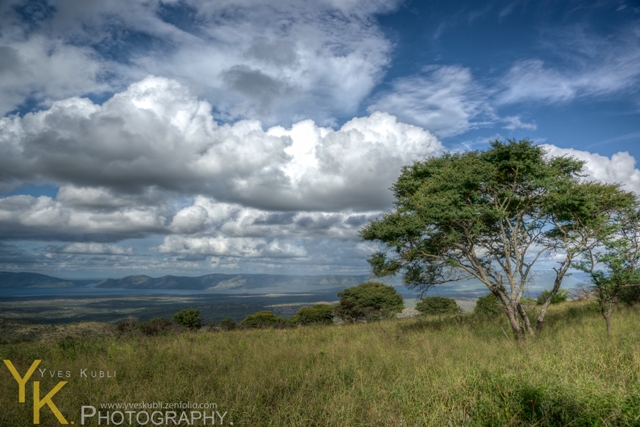