For the past two weeks soccer teams, from the communities surrounding Somkhanda Game Reserve in South Africa, have been participating in the Rhino Awareness Soccer Tournament. The soccer tournament was organised by Wildlife ACT Fund’s community conservation liaison and rhino monitor Zama Ncube. It was hosted by the Wildlife ACT Fund in collaboration with the Wildlands Conservation Trust and African Insight.

The Rhino Awareness Soccer Tournament was organised to raise awareness for rhinos in the communities that surround Somkhanda Game Reserve. By using people’s passion for both sport and conservation we were able to raise awareness and create a couple of fun weekends for everyone involved. The soccer tournament consisted of two parts, which took place over the last two weekends. The first weekend was the knock out stages and the semi-finals and the finals were both played on the second weekend.

The Somkhanda conservation volunteers took a break from monitoring to cheer on the soccer teams during the finals weekend. All the conservation volunteers were amazed to see the passion both the players and the supporters have for the game of soccer. The support never wavered, even in the 36 degree heat, the field erupted in cheers for every goal scored. 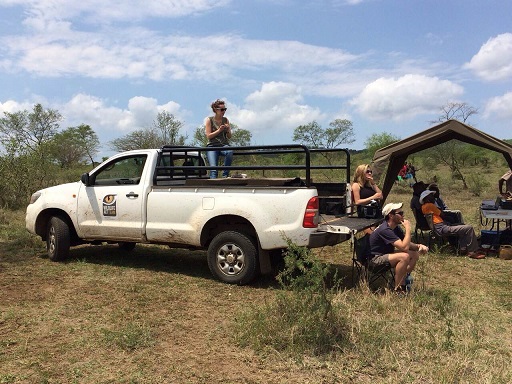 It was a fabulous tournament. Great work by everyone who contributed to the event.