This southern Ground Hornbill is the dominant male of a co-operative breeding group of five. They are often seen by the wildlife volunteers in the vicinity of the iMfolozi volunteer camp. Southern Ground Hornbills are the largest hornbill species in the world and has been reported to live up to 70 years. They are on the endangered species list due to a serious decline in their numbers.

The reasons for their decline are predominantly loss of habitat due to croplands, bush-encroachment, overgrazing and plantations, loss of nesting trees, secondary poisoning and electrocution. It has been suggested that their declining numbers may also be a result of dominant males not stepping down to allow younger males to mate. Often these males become infertile around the age of 45 years, which could lead to periods of up to 10 years where no breeding occurs. 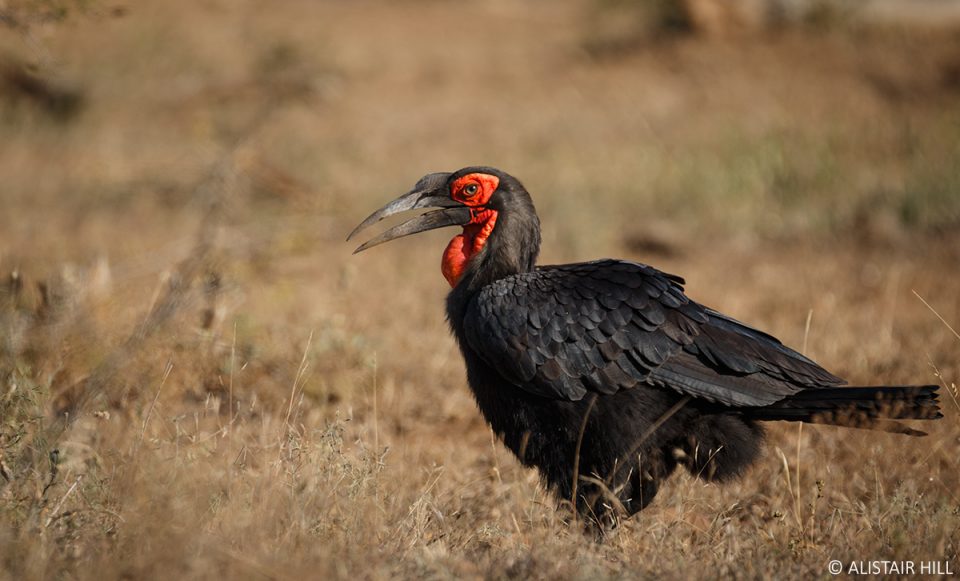