Everyone knows and longs for sightings of the “Big 5”, but have you ever heard of or seen the Secretive Seven? They are the Aardvark, African Wild Cat, Cape Porcupine, Civet, Large-spotted Genet, Pangolin and Serval. These 7 creatures are difficult to find. They are rare, shy, cryptic, secretive and nocturnal. If these creatures are so rarely seen, how can one monitor or research them? How can one tell the distribution, abundance or behaviour of these species?

With… automated camera traps! These allow us to make unprecedented, undisturbed observations of wildlife, in a wide variety of habitats, at all hours, under the most challenging of conditions. Researchers using modern remote cameras can now answer important questions such as “What animal species occur in a certain area?”, “How many are there?” and “What are they doing?” Detecting cryptic or rare species, delineating species distributions, documenting predation, monitoring animal behaviour, and estimating population, have been made possible using remote photography.

Our camera traps have managed to capture images of Aardvark, Cape Porcupine, Large-spotted Genet and Seval from the secretive 7 and even depict some their rare and interesting behaviour displayed by these unique species.

The Aardvark is the only species in its order and is a superbly adapted animal. Unmistakable due to its unique shape, this is a termite and ant eating specialist. They have a long pointy noise with a strong sense of smell, large ears all the better for hearing prey and predators, and a very long (30 cm) sticky saliva-covered tongue for lapping up termites straight out of their mounds. The Aardvark accesses termite mounds or ant colonies using its strong digging claws, and can seal off its nostrils and ears to keep sand out. They are solitary creatures that wonder through the wild lands of Africa in a seemingly random zig-zag pattern looking for a meal in the darkness, and take refuge in self-excavated burrows during the day – making it difficult for people to spot them. Aardvark is Afrikaans for ‘ground pig’ or ‘earth pig’. 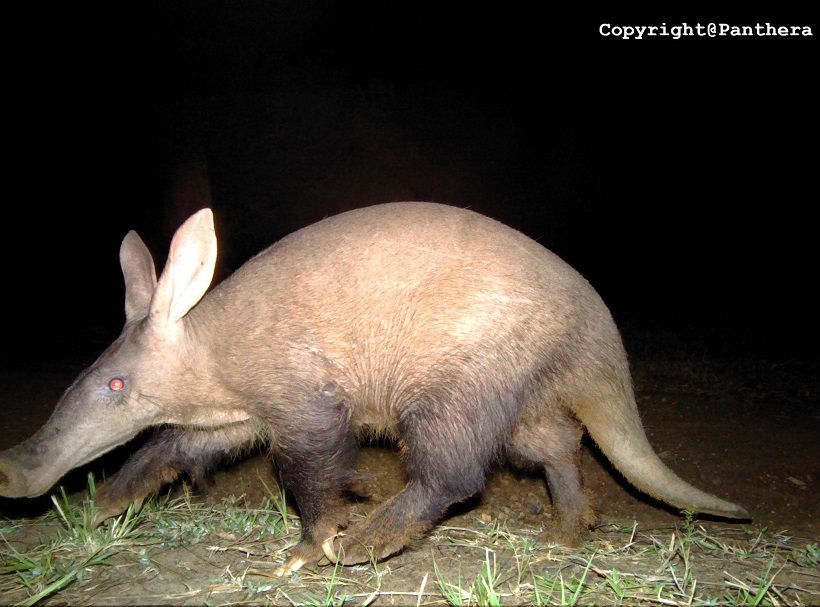 The Porcupine is the largest rodent in Africa and is covered in modified hair called quills. The quills act as a defense mechanism against predators. They can’t shoot their quills but rather erect them and then reverse into the threat. They can easily lodge into the skin of attackers. Porcupines forage at night on plant material: fruits, roots, tubers, bulbs, and bark. 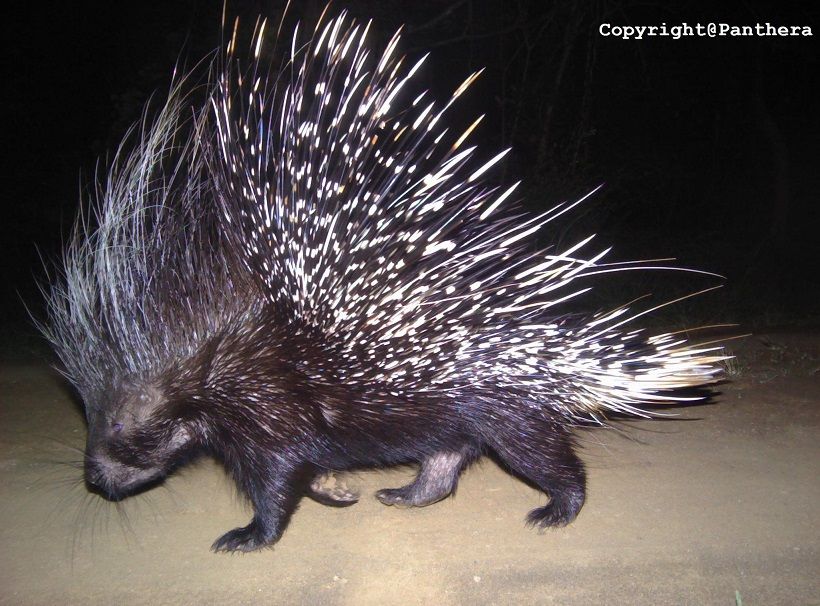 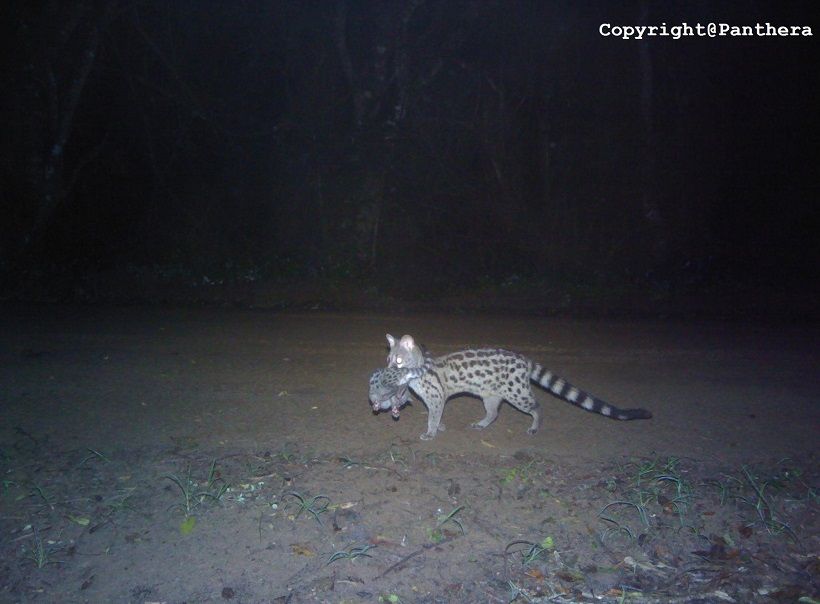 A long-legged, speckled cat with big ears and a short tail. Servals are extremely agile and quick and catch most of their prey with a pounce – leaping high into the air with both feet coming down on the unsuspecting victim. 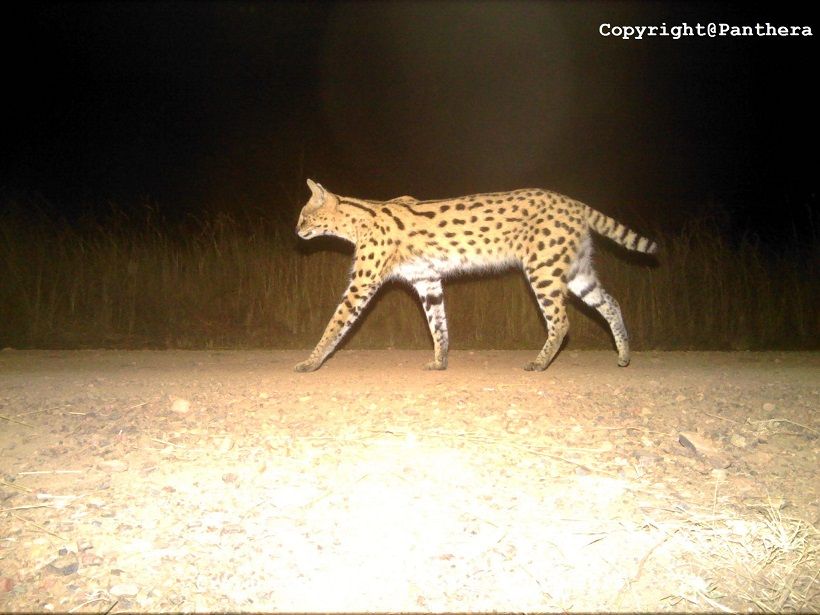 The African Wild Cat is distinguishable from the domestic cat by its longer legs, reddish unmarked ears and more upright seated posture. They thrive in areas with high rodent numbers. These are not domestic cats gone feral but rather domestic cats are thought to stem from this species in Egypt as far back as 4000 BC. 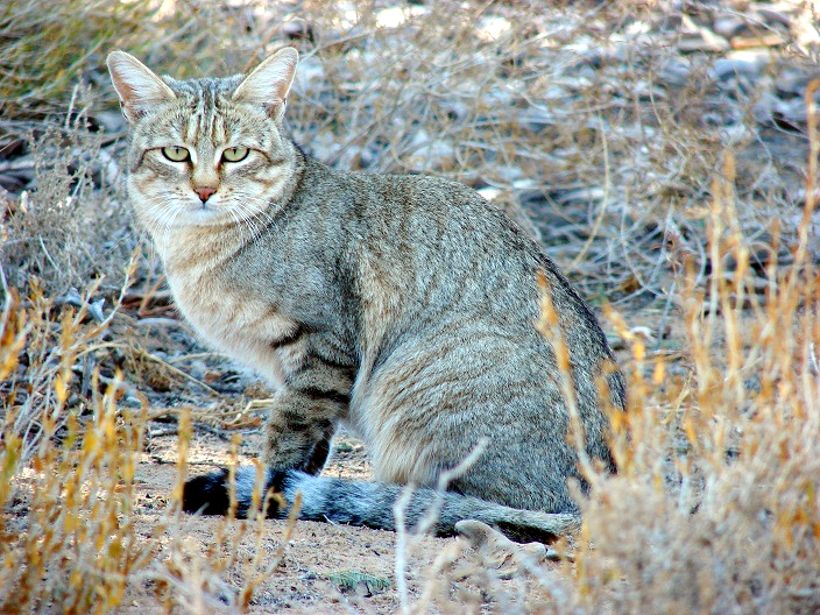 Civets have a sturdy build but don’t belong to the dog or cat family. They are more closely related to the Mongoose. Their black and white colouration is aposematic, giving predators a chemical defense warning which it will release if attacked. Unlike the Aardvark that has a much more specialised diet, Civets have an extremely varied diet. Civets will consuming anything from plants, fruit, insects, millipedes, small mammal, chicks even venomous snakes. They have 40 sharp teeth at their disposal. Civets mark there territory using middens (like rhinos), one is more likely to see one of these civet latrines than the actual illusive animal. 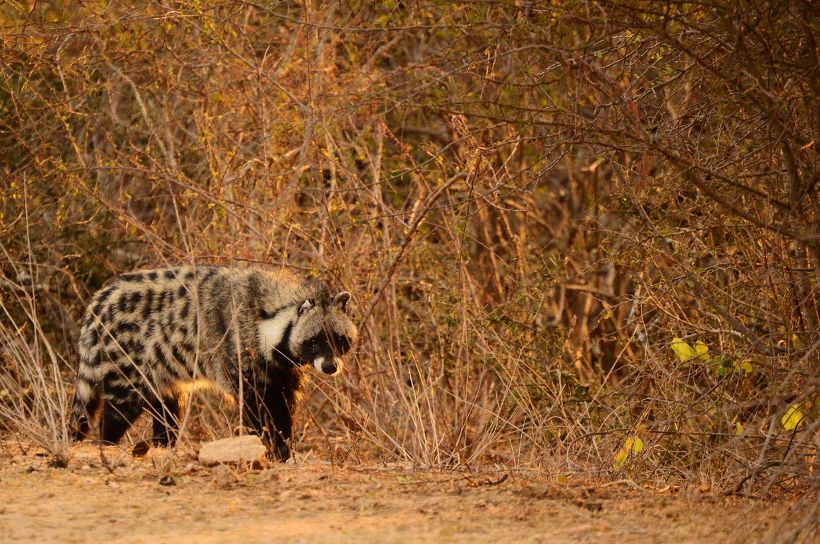 The Pangolin is easily identified by their tough scaly bodies. Like the Aardvark, Pangolins have long sticky tongues which they use to delve into ant and termite mounds when foraging for food. These skittish animals are easily spooked and will roll up into a ball if they feel threatened – using their tough keratin scales to protect themselves. Their name comes from a Malay expression ‘penggulung’ meaning ‘one that rolls up’. South Africa’s Pangolin species is the most trafficked wild animal in the world and listed as vulnerable due to increasing pressure from the Asian markets. Their scales are used in medicine and eaten as a delicacy… 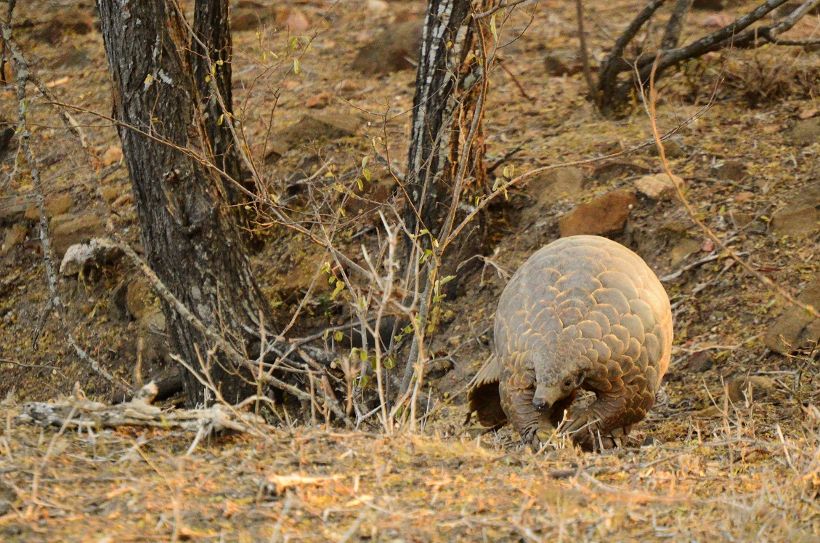 
At Wildlife ACT, we find all wildlife species not only interesting, but worthy of protecting. Come and join us and learn all about Africa’s weird and wonderful animals.