In order to be a Wildlife ACT monitor you need to have a mixture of knowledge, grit, endurance, a pinch of madness and a whole lot of passion! Our wildlife monitors are out there all year round, in the rain or shine, helping to protect some of South Africa’s most endangered species. And they still love their job! Here are a few of their most memorable moments so far. 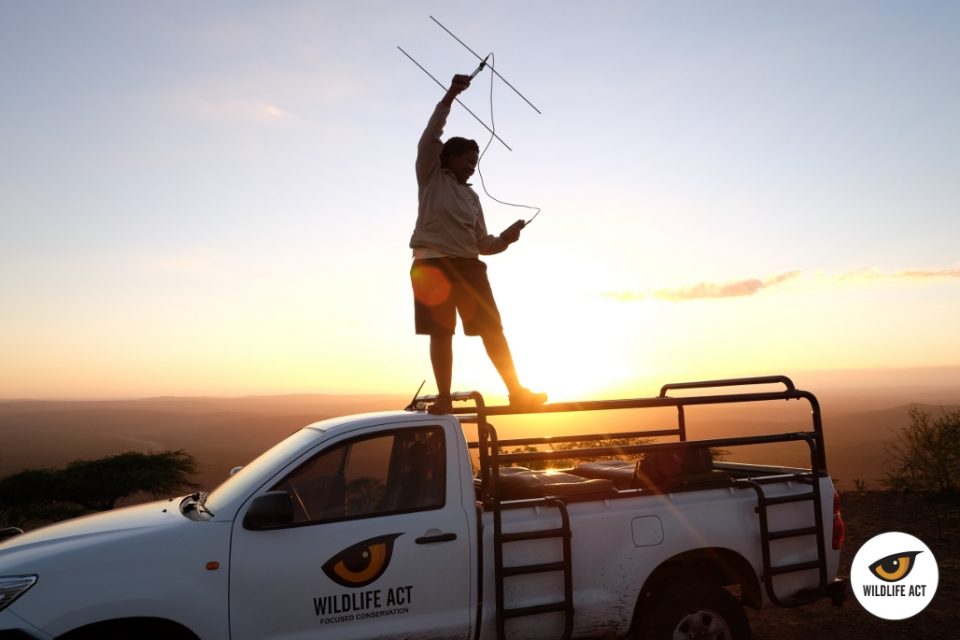 “Gosh do I have to mention only one highlight! Maybe watching wild dogs make four kills in a row during a monitoring session? How about when, while relieving on the Panthera Leopard Survey, I was lucky enough to have four different leopard sightings. One of which was under a viewing deck while myself and the volunteers were standing there!”

“I’ve had so many highlights so far! But one that was both terrifying and fascinating for me happened at night. We were watching a pack of wild dogs, which had puppies, resting in the road in front of the monitoring vehicle, when one of the Wild dogs started to growl. A second later it was chaos! A male lion ran out of the darkness next to us and the pack of Wild Dogs scattered in all directions. We sat quietly and waited, not wanting to interfere or add to the confusion. A few minutes later, as the night became still, we heard the eerie contact call of the pack as they tried to find each other. We had no idea if any of them had been killed by the male lion. After a sleepless night we rushed out in the morning to locate the pack, and thankfully they were all accounted for!”

“Okay, this is my best memory so far with the dogs. Last year I watched a large pack of 23 wild dogs take on a herd of buffalo that had twice their number! The pack managed to separate two buffalo calves from the herd, and while some of the dogs were focusing on the one calf a brave adult female buffalo broke away from the herd and retrieved the second calf, returning it back to the safety of the herd. It was such a well planned and cooperative hunting session made by the dogs that clearly showed their true social characteristics that makes them so unique from other large predators.”

“Mine was finding dogs which had dispersed from a game reserve. It took us one day to get signal for them, and two days to actually get a visual! Such an incredible feeling finding these wild dogs roaming outside of a protected area, and yet successfully surviving.”

Due to the nature of… nature, top wildlife experiences are a very unpredictable occurrence. The more time spent in the field increases the chances of seeing some truly amazing feats of nature. It often requires a lot of patience, but our wildlife monitors would all agree that the rewards are totally worth it.

APPLY TO JOIN OUR MONITORS IN THE FIELD!