A couple of weeks ago, we were forced to say goodbye to the two male cheetah that dominated Mkhuze Game Reserve in Zululand, South Africa. Working in the African bush with endangered species, we have to face the day to day realities, which can be both good and bad.

Unfortunately, on this occasion, things took a turn for the worst. A couple of weeks ago the two Cheetah brothers, nicknamed Tim and Tom, were both tragically killed by snares. Due to the investigation and legal proceedings, we were unable to mention it until now. Several days before seeing them, we had a fantastic sighting of them in the south of the game reserve. These Cheetah were in their prime and had recently become fathers.

This came as devastating news to Cole and the Wildlife ACT team. We felt that we should announce this incident on a public platform as many of our conservation volunteers have spent many hours dedicated to monitoring the two brothers. The Ezemvelo KZN Wildlife staff and Wildlife ACT acted immediately when responding to the information. Despite our best efforts, it was too late.

It is important that we rise above this and keep working at protecting our endangered species even when things don’t go the way we hope. If things go well, then their cubs may grow up to be the new rulers of Mkhuze Game Reserve. Continuous wildlife monitoring is now more important than ever! 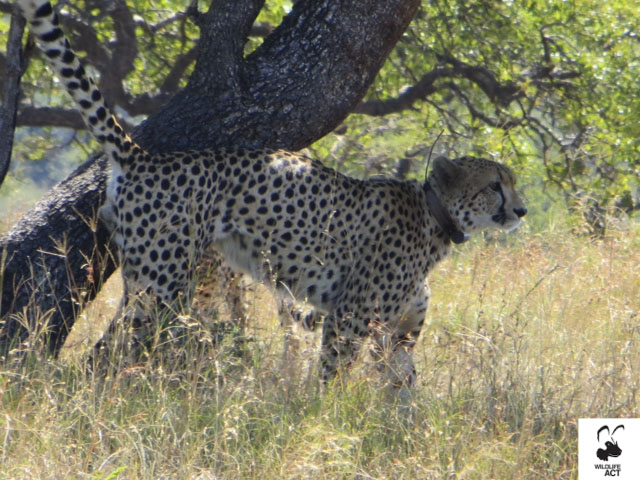