During October, vulture tagging was the top priority in Zululand (South Africa) for the Wildlife ACT Fund. Every year, since 2009, around October the Zululand Vulture Project sets out to tag as many vultures as possible.

The Zululand Vulture Tagging Project is a collaborative effort comprising of the Wildlife ACT Fund, Ezemvelo KZN Wildlife and the Endangered Wildlife Trust Birds of Prey Programme. The focus areas for this project are, Hluhluwe-iMfolozi Park, Zimanga Private Game Reserve, the uMkhuze section of iSimangaliso Wetland Park and Pongola Game Reserve. Over the course of the week the team managed to tag 14 vultures and fit 3 vultures with GPS backpacks. 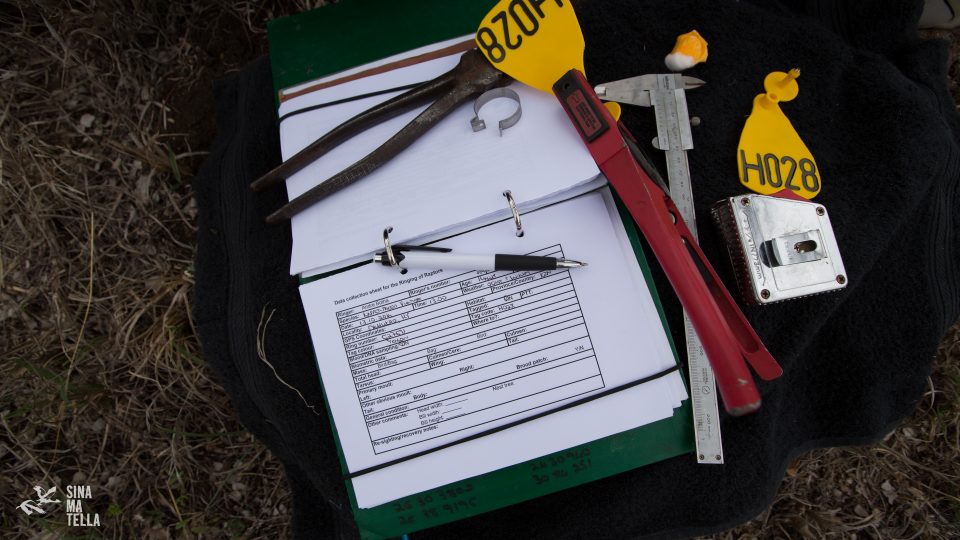 The tools and data sheet required for vulture tagging. 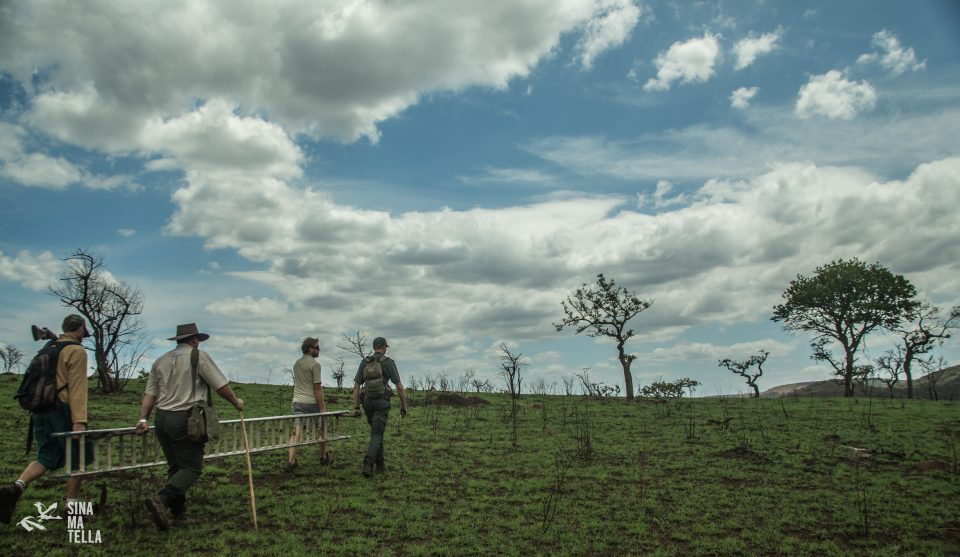 Wildlife ACT Fund’s Chris Kelly and the team preparing to climb a tree. 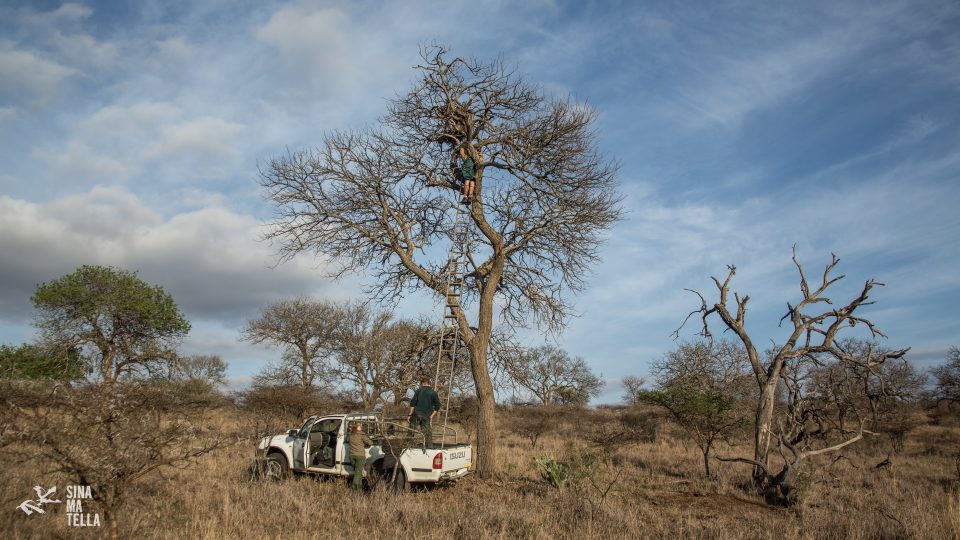 The team retrieving a vulture chick from the nest. 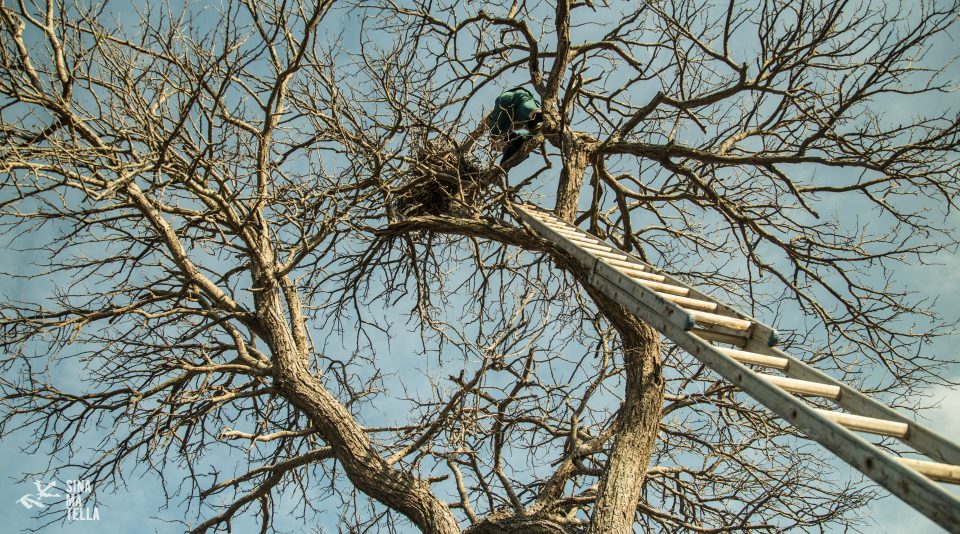 This vulture tagging project is vital to the survival of the Zululand vulture population, which in recent years has suffered a drastic decline. The greatest threats facing vultures are the loss of habitat and deliberate poisoning in order to supply the local muthi trade. Vulture chicks are confined to the nest from about April to December, during which time they are entirely dependent on the adult pair. They are incredibly vulnerable during this nesting period, for should one of the breeding adult pair be killed, the chick is unlikely to survive. We tag the vultures now during their nesting period in order to track their movement for their birth place. During this year’s vulture tagging project we discovered that once again the number of breeding pairs is low and in some areas even lower than last year, which is a huge concern. 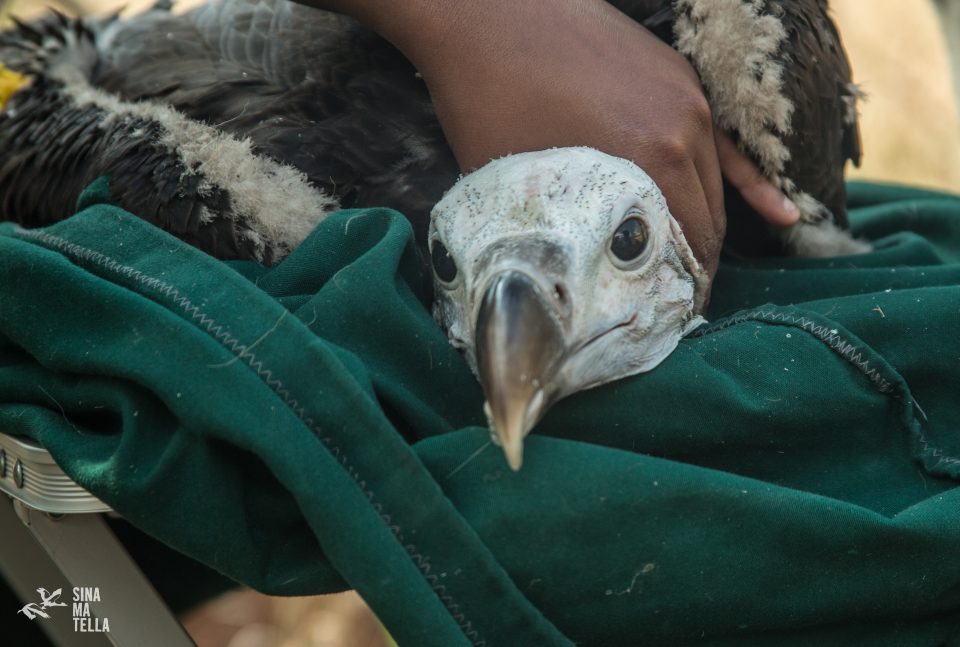 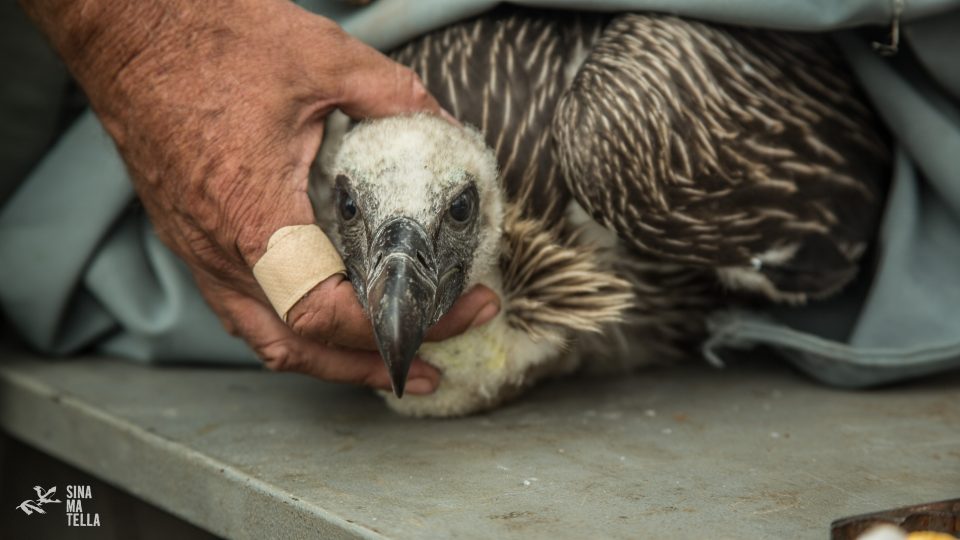 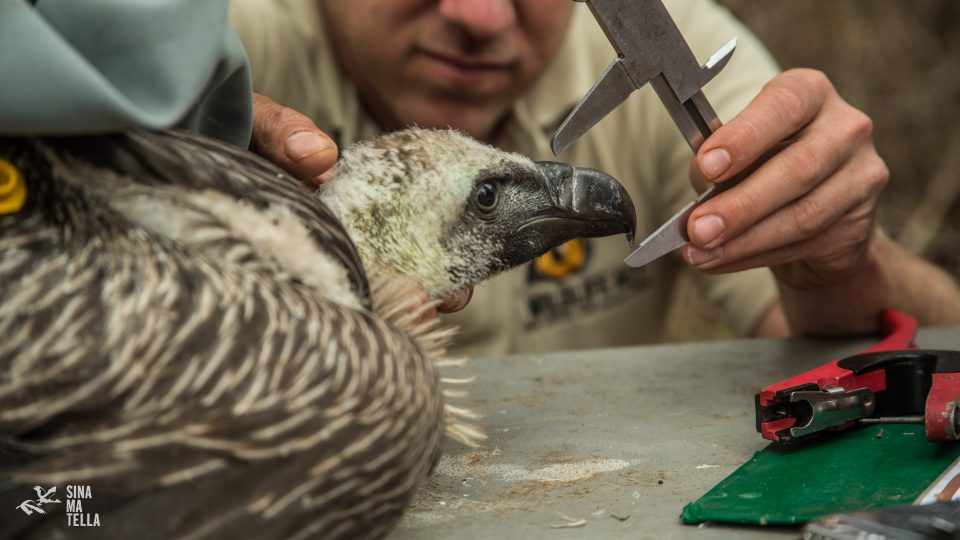 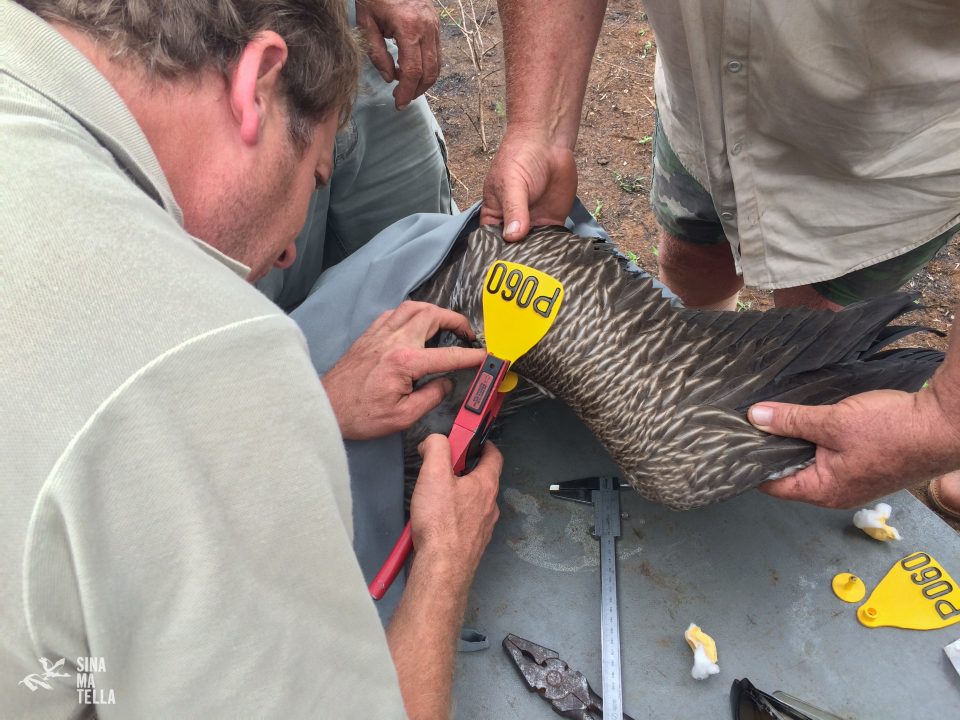 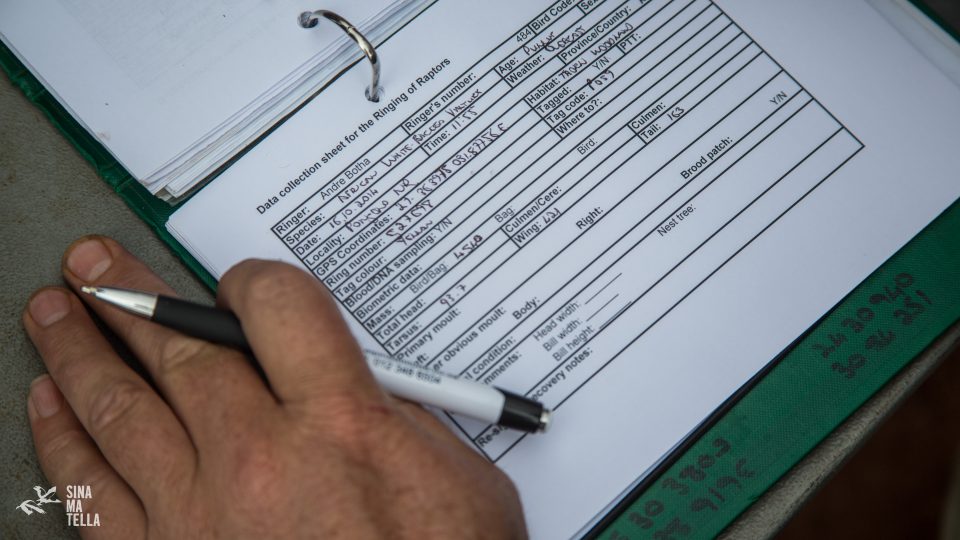 By gaining this data and understanding their movements we increase our chances of conserving the vultures in the Zululand area. Each tag carries the individual’s identity code and is distinctive according to the reserve on which they born. Thus we are able to determine where they orginated quite easily and how far they have traveled since leaving the nest. The GPS backpacks are used for the same purpose of monitoring the vulture’s movements, however, the data they provide is significantly more detailed than the recorded sightings of the tagged vultures. 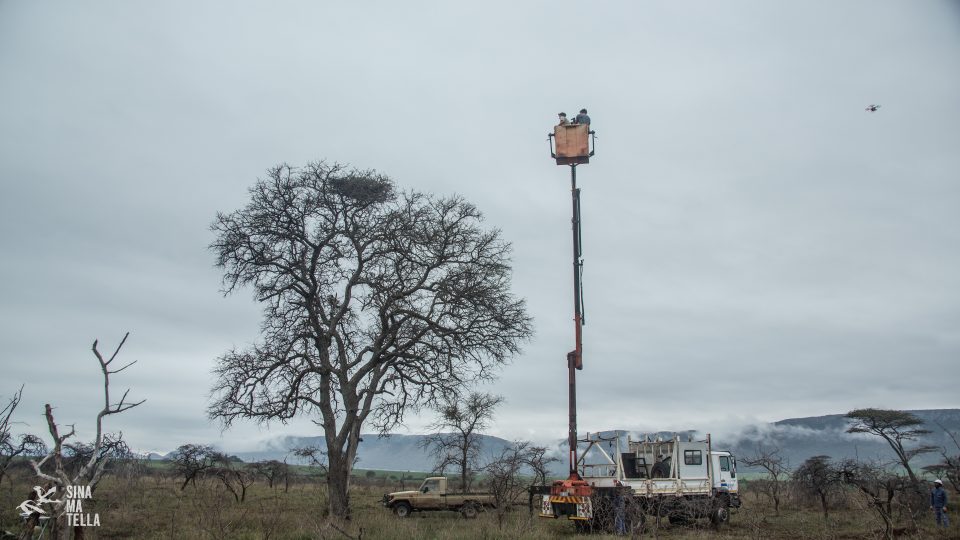 Using a cherry picker, kindly supplied by Eskom, to reach the vulture nests.

We will do a follow up a week later in November to continue the vulture tagging project. In total, we are hoping to fit 20 GPS units before the end of the year!