“African Wild Dogs are an intensely social species in danger of extinction if nothing is done to halt their decline” (Creel & Creel 2002; Woodroffe, McNutt & Mills 2004)

“The emerging field of evidence-based conservation holds promise for predicting which management actions are likely to be most effective in achieving conservation goals” (Pullin & Knight 2001, 2003; Sutherland et al. 2004)

Only when we fully understand wild dogs as a species can we protect them.

Daily monitoring allows us to keep an eye on pack dynamics, movements, ecological influences such as feeding behaviour, mating and denning habits, disease outbreaks, snaring incidences and other human conflict issues. We also need this data in order to evaluate conservation efforts as without it we have no baseline data for comparison. Information gathered allows for informed decision making. If we understand the reasons for previous population declines we can adjust management practices where possible, and in doing so help to restore wild dog numbers.

When young Wild Dogs become sexually mature some (usually same-sex siblings) will disperse in order to find other unrelated dispersers to bond with and form new packs. However, habitat fragmentation means they no longer have the ability to move safely between/to viable protected areas. Conflict with live-stock and game farmers & other forms of human persecution threaten their survival.  Part of the intensive management approach involves periodic relocations of potential dispersers to new reserves to mimic natural dispersal and maintain genetic integrity. 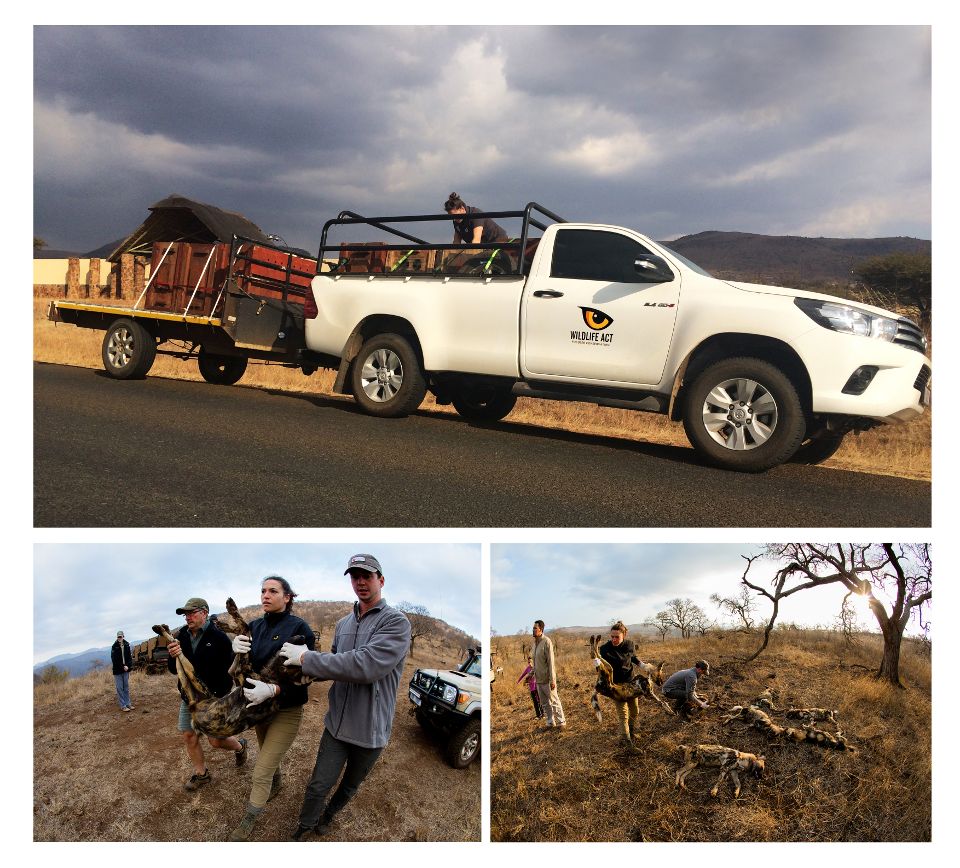 If the sizes of our protected areas were to increase and/or we were able to establish new protected areas, and/or greater buffer areas could be created around protected areas to minimise human influences, we could potentially manage this endangered species less intensively than we do now, but until that time the conservation measures currently in place remain essential.

You can support this ongoing work by donating to the Emergency Response Fund.