It seems to be much easier to identify a cause, a victory or a product with prominent individuals, or a defined collective, like a brand, rather than to be able to recognise that rarely do individuals or projects achieve anything without real teamwork. Everyone from Jeremy Clarkson to the Taliban or the hideously popular, glitter-bomb-like Korean pop boy band “Big Bang” is part of a team, or has a team managing and promoting them so we recognise the product. I’d like to think I could never recognise Korean boy bands but unfortunately having just read about them in Time magazine, I feel I may be temporarily tainted by that little photon of knowledge. There is obviously individual talent or skill around, but if isolated it is often ineffective. Wild Dogs of course gain an enormous amount of value through hunting as a team or defending food or the pack collectively, even when there are severely injured or weakened individuals. It’s the sort of legendary glue and results that clichéd corporate bonding sessions like to draw on before having employees write down their emotions and jump through burning hoops and muddy puddles, together. 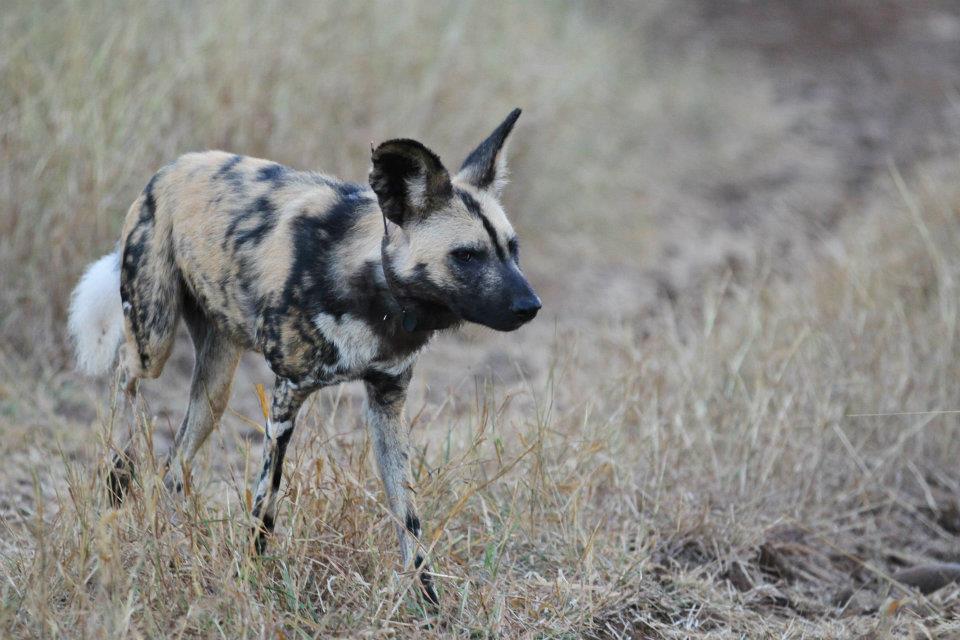 The reason I bring this up though is to warm you up to the fact that most effective conservation relies on committed organisations that are filled with committed, effective individuals. It is these committed individuals that develop relationships with members of the public, donors, media and communities. So while a greater organisation may be the face of a project or many projects, there are often elves running around, often unseen in the background, working tirelessly to ensure a final delivery. I have the good fortune to be based in a game reserve in Zululand, partly by choice and largely since I am part of an Endangered Wildlife Trust team which enables this to happen. Fortunately, we have colleagues and bosses who prefer (at times) to be based in Johannesburg, so we don’t have to be. We have colleagues who work tirelessly to find funds for us to operate in the field, we have long term sponsors like Jaguar Land Rover South Africa and of course we need to ensure we produce results to justify our positions, and to produce enough feedback that the cycle continues and we can deliver effective conservation.

This delivery also relies on critical cooperation between organizations and individuals, who may have the same broad aim, but which have differing skills and approaches. Many people I talk to think that Wild Dog conservation only involves tracking animals, or breeding them somewhere in a captive centre and dropping them in the wild. Problem solved, let’s move onto conservation of spotted-fox-owl-newt-x or whatever is the flavour of the day. Those who start asking questions are often amazed at the complexities of conserving Wild Dogs. Yes, the animals need to be tracked. It’s crucial for pragmatic management decisions, but that alone doesn’t conserve them. It is the information on the pack dynamics, what they are feeding on, whether they are still in the reserve or not, which individuals have died or left or bred or not fed which all feed into management decisions taken by reserve managers, provincial officials, conservationists like us and our colleagues. To track animals or remove wire snares requires veterinarians and skilled staff; and funds. To move animals from one subpopulation to another requires crucial cooperation between the reserves which may be several provinces apart, may be closer, or may be at times in another country. That may require pilots, would require veterinarians and permits, and will always be a logistical challenge. At the end of all that the Wild Dogs may choose to ignore their enforced/”chosen” mates, may try kill one another or may just splinter off into new groupings and leave the “allocated” reserves.

The fact that Wild Dogs still exist in parts of our country is a credit to all those individuals and the very few organisations out there, past and present, who committed in some way to preserve the species, whether by tracking animals, observing behaviour, navigating politics and opposition, responding to farmer and community reports of sightings, removing snares, generating public awareness and reliable information, generating funds to keep it going, filing paperwork or designing media. Next time you see Wild Dogs take a small moment to think of all the efforts that have gone into enabling those precious few animals to still be, or once again be there.

If any readers observe Wild Dogs outside of protected areas, please note the location of the sighting, whether the animal is wearing a tracking collar and identify, or ideally, photograph any characteristic markings. Please notify Brendan Whittington-Jones on 072-992-9483