African wild dogs used to be found over most of Sub-Saharan Africa. Today their range is much smaller and very few self-sustaining populations remain. There were once over 300 000 wild dogs in 34 countries but today we are left with around 5000 in most likely 6 countries.

Studies have shown that for a population to be viable there needs to be a minimum of 9 packs in an area. Each pack needs to have at least 5 individuals in order to cope with the stresses of the denning period. In South Africa, wild dogs were mostly confined to a single viable population in the Kruger National Park with several free roaming packs which frequented ranch lands. About 20 years ago, this population declined alarmingly and conservationists sprung into action. An international meeting was held in Pretoria in 1997 and from this it was decided to embrace the metapopulation strategy for wild dogs in South Africa.

A metapopulation is a group of geographically isolated populations of the same species, in which an exchange of individuals occurs via dispersal, migration or human controlled management. When individuals no longer have the ability to migrate between these “pockets of populations”, then human managed dispersal and movement is implemented to simulate what would naturally occur.

So instead of having 9 packs in one area, it was decided to have at least 9 areas with one pack and then manage the dispersal. Young wild dogs groups, usually of the same sex, break off the pack (dispersals) and go in search of disperses of the opposite sex from an unrelated pack and then bond to form a new pack. This is the part that is simulated. When dispersals occur, the group is darted and put into a boma (enclosure) and a second group of unrelated opposite sex dispersals are also captured and put in the same boma to bond and form a pack. They are then released into a new reserve or protected area as a new pack. 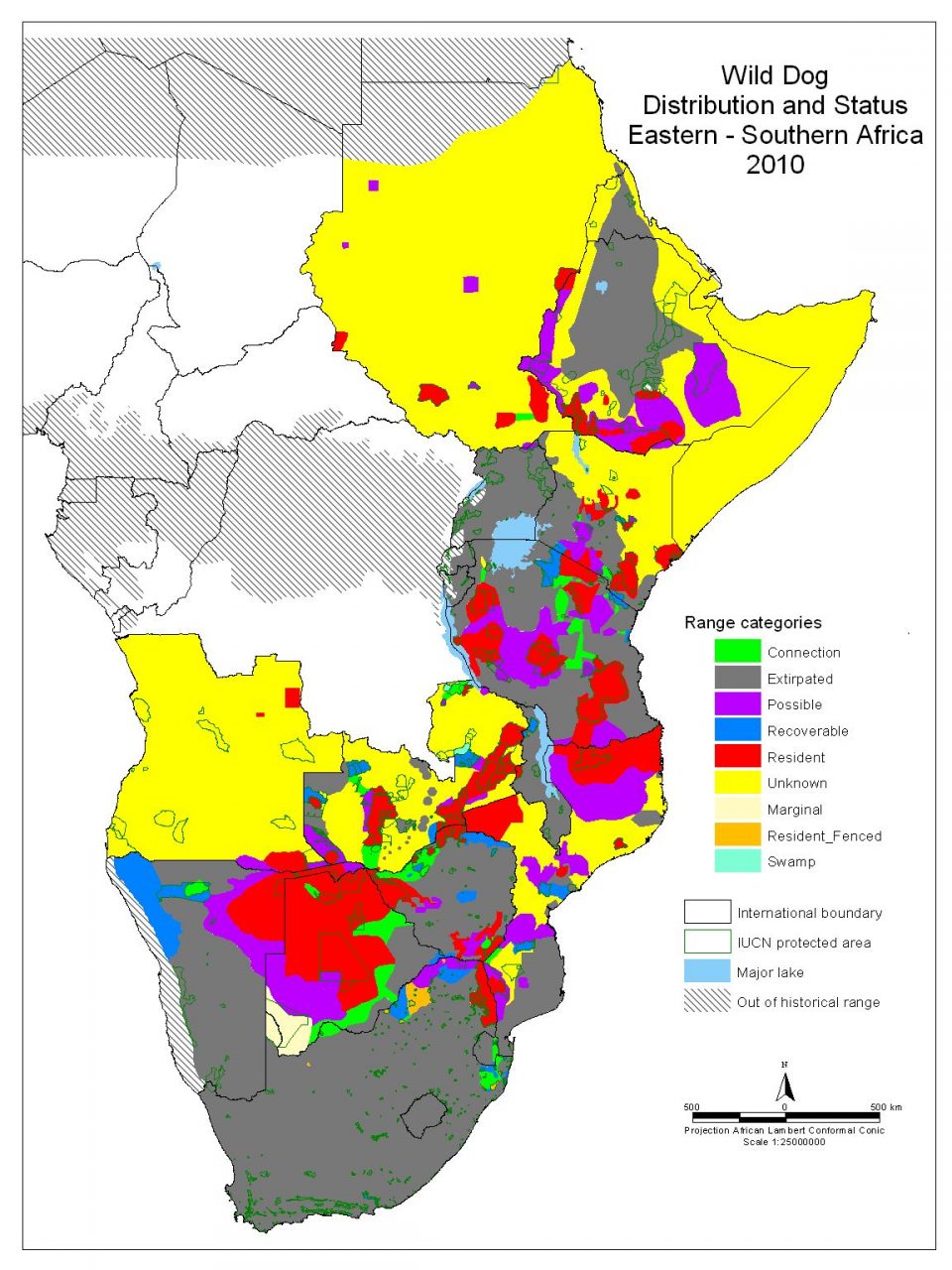 To manage this strategy, the Wild Dog Advisory Group of South Africa (WAG-SA) was created. Quarterly year meetings are held and act as a forum for anyone interested in or concerned about the African wild dog. In KwaZulu-Natal, the metapopulation is managed by the Wild dog Advisory Group KZN (WAG-KZN), essentially the KwaZulu-Natal branch of WAG. The Wildlife ACT Fund is heavily involved with both the SA and KZN WAG. In KZN particularly, together with Ezemvelo KZN Wildlife and the Endangered Wildlife Trust, the Wildlife ACT Fund has played an important role in supporting the KZN WAG financially and assisting with the management of these endangered carnivores. 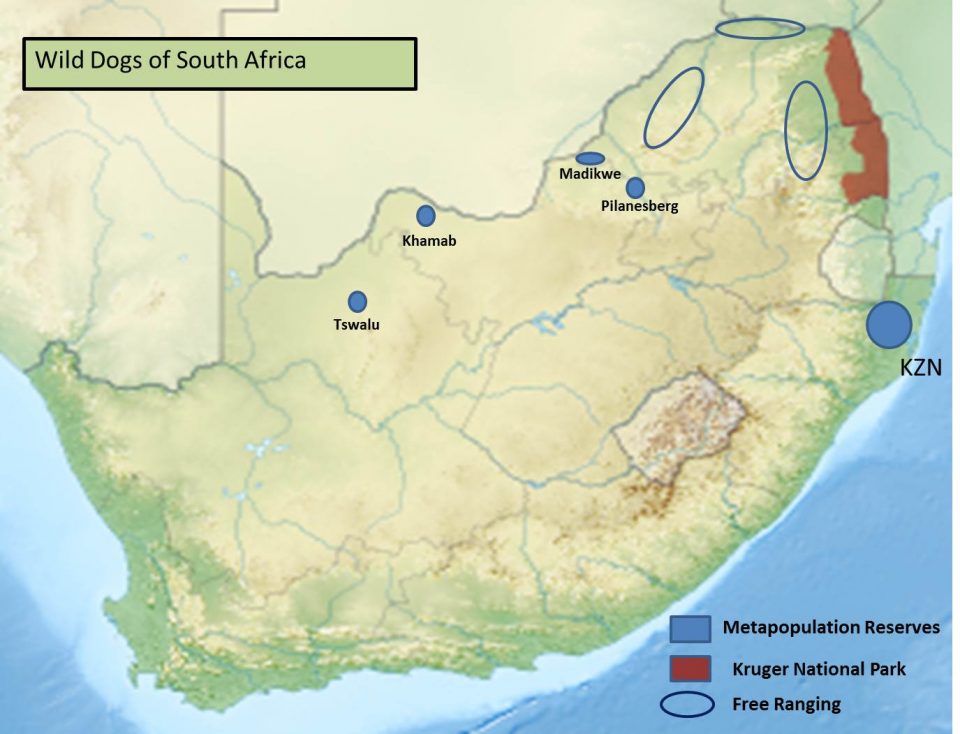 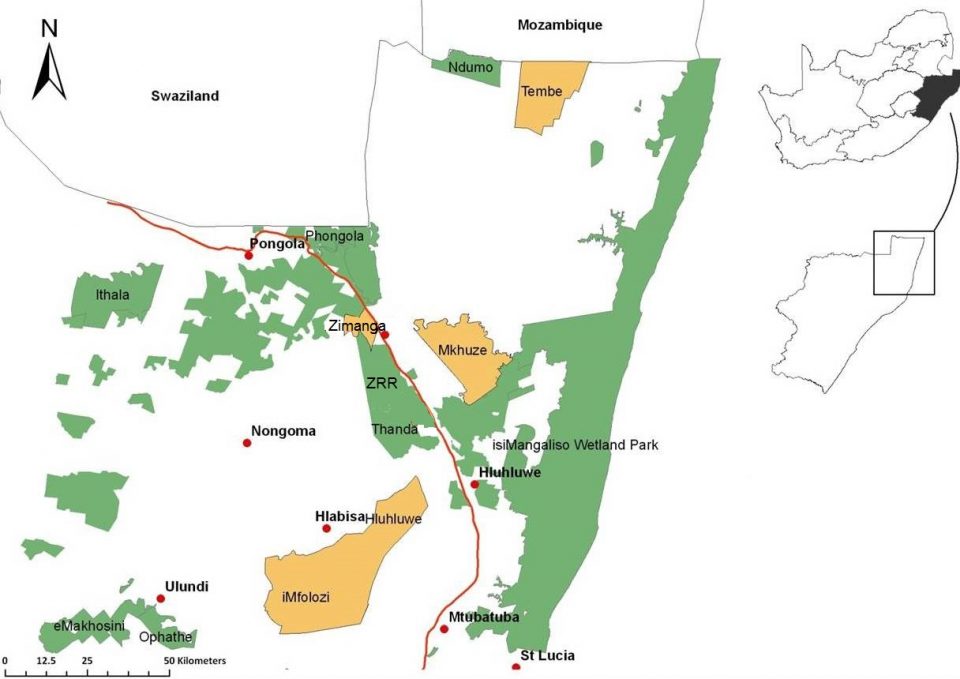