Wildlife ACT is honoured to have been awarded with a Silver Award in the category Best for Habitat and Species Conservation at the African Responsible Tourism Awards 2017. This achievement recognizes Wildlife ACT not only as the second most responsible voluntourism operator in Africa, but the best in South Africa. 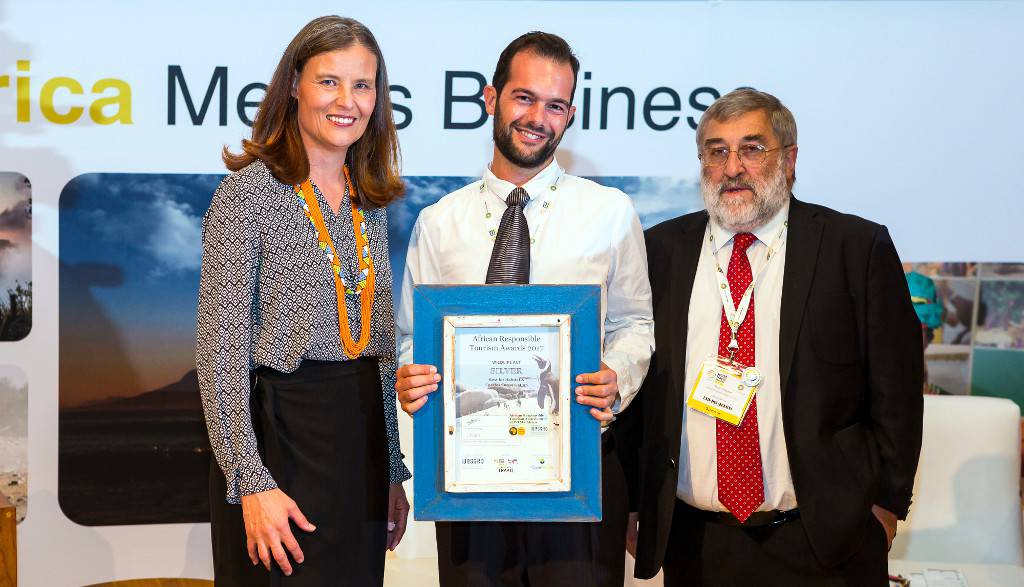 The chair of the ARTA judging panel, Harold Goodwin, said: “In this International Year of Sustainable Tourism for Development the industry needs to recognise that we need to be a lot more transparent about credibly reporting the positive impacts that businesses in the tourism sector have on peoples’ livelihoods and well being.”

“Our winners have a vision that extends beyond the commercial – linking business success with the well-being of local communities and the longevity of their environments. They are resilient, determined, humanising advocates for their destinations. They are the future of tourism in Africa.” 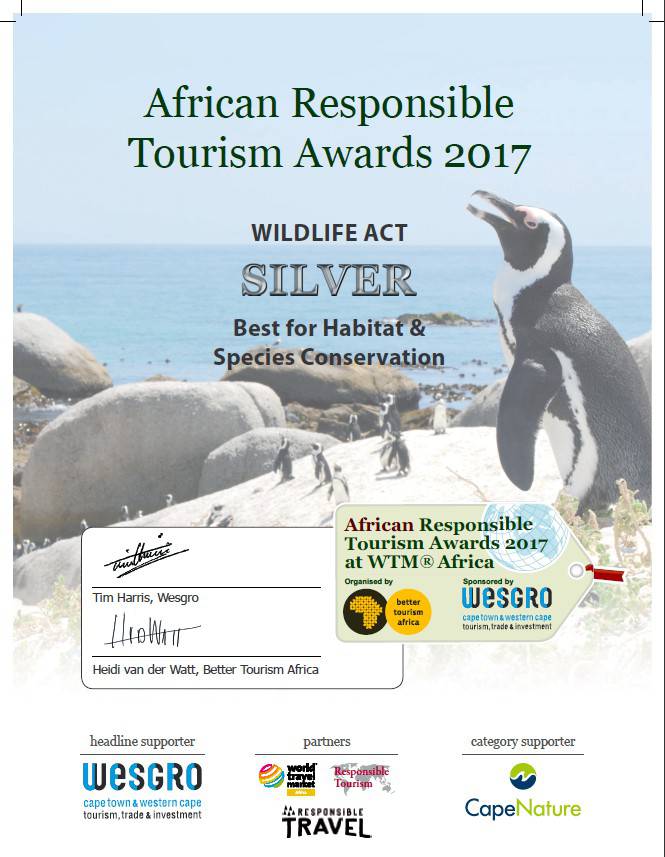 Judges reasons’ for winning: Both of this year’s winners in this category have demonstrated that volunteering tourists can contribute to conservation responsibly when professionally managed. As one of Wildlife ACT’s referees wrote: “They have set and maintained the highest levels of integrity in an industry that is often characterised by unscrupulous operators that abuse the goodwill and naivety of volunteers.” The judges were impressed by the range of habitat and species conservation work that Wildlife ACT had contributed to by working with partners from Ethiopia to South Africa.

As an endangered species conservation organisation, responsible tourism is an essential component of Wildlife ACT’s volunteer programme. Habitat and species conservation depends heavily on travellers treading lightly within the responsible tourism sector, which is why Wildlife ACT arranges for group transfers and limits their volunteer groups to 5 participants per project. We are also continually striving to make our volunteer camps as eco-friendly as possible.

Find out more about our Habitat and Species Conservation Volunteering Programmes

The Power of a Purpose-Driven Travel Experience
01 Apr 2019