A drawing of a cheetah by our talented monitor Zoë Luhdo

This year alone the Zululand Rhino Reserve cheetah population have been blessed with one litter of four cubs, 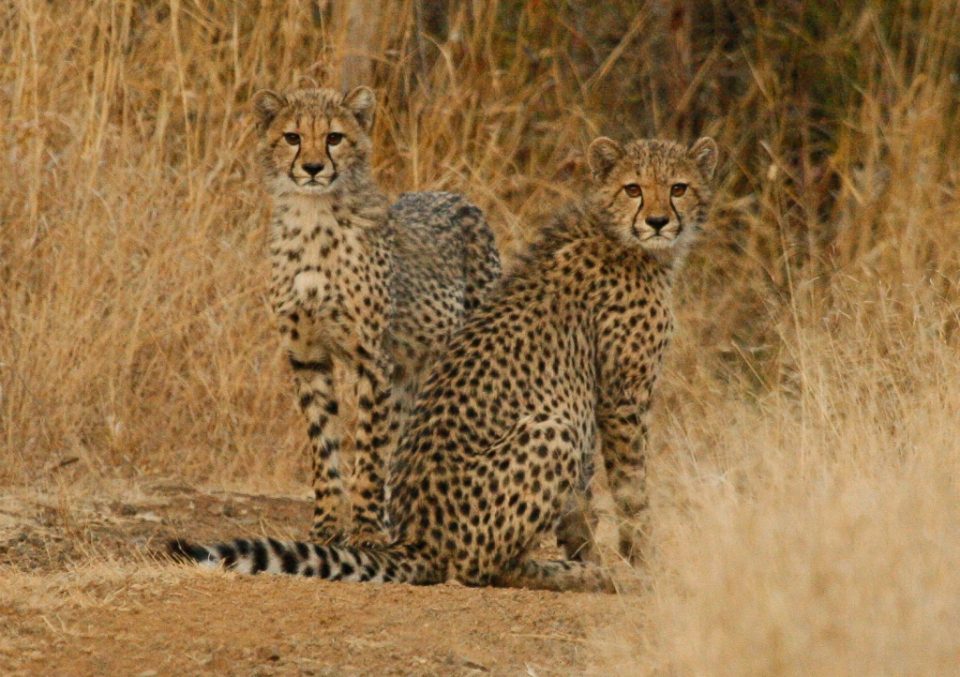 Two of the four cheetah cubs – photograph by Michelle Swemmer

a second litter of five cubs, 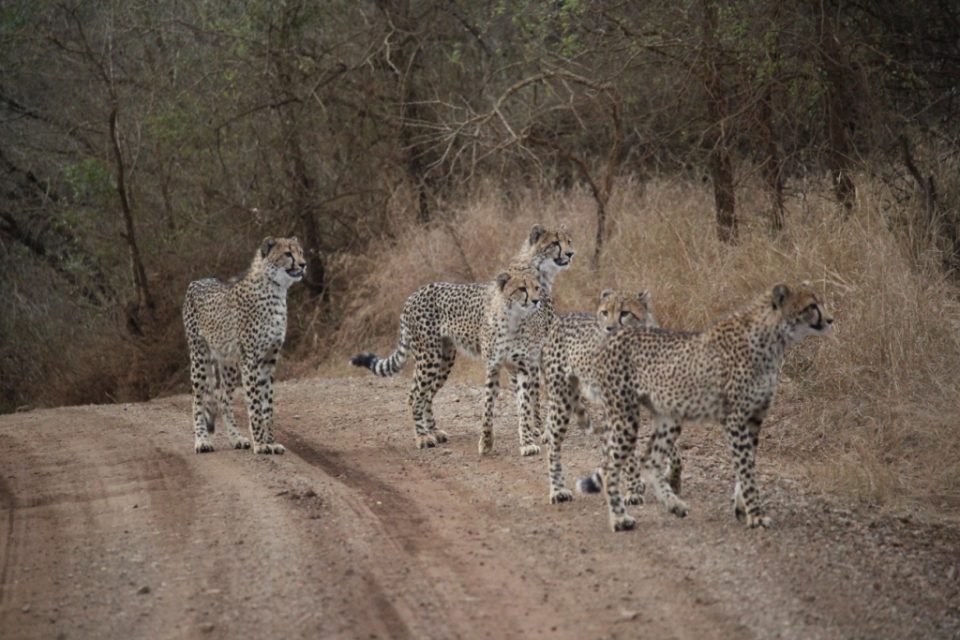 and as you can see by the photos we are expecting a third litter soon! 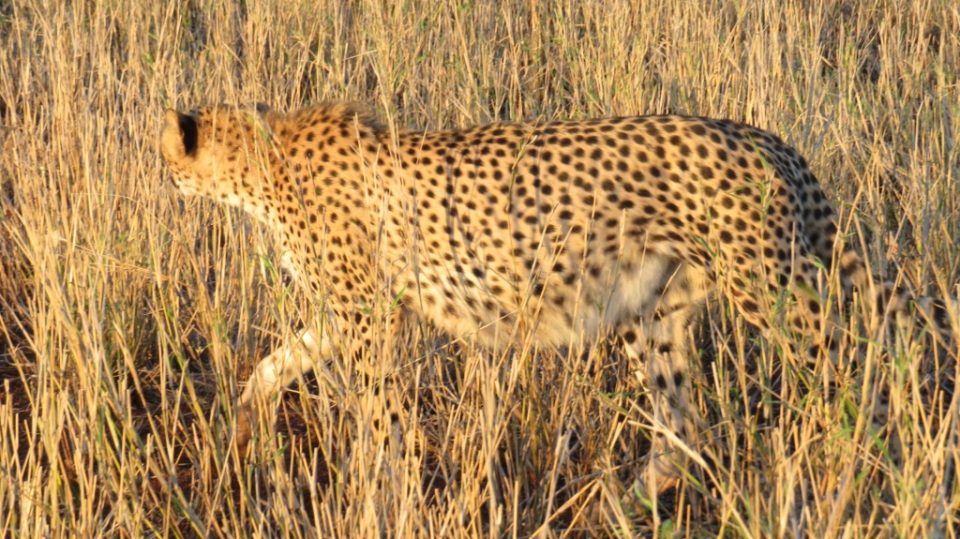 The cubs are born blind and open their eyes after 10-12 days. At the age of three to six weeks (depending on various factors) they are able to move around with their mother. At the age of 8-12 months the cubs become independent hunters and leave their mother.

Cheetah are listed as Vulnerable on the IUCN Red List of Threatened Species. They face various threats ranging from habitat degradation and fragmentation, prosecution by farmers and natural threats such as disease and other predators.

That why cheetahs that are able to successfully breed in wild (like the Zululand Rhino Reserve cheetah), are so important to the survival of the species as a whole.